It’s been an uneventful start to the year for the Gold Miners Index (GDX), as the ETF is down 3% year-to-date, and has traded in a tight range since the beginning of 2020. This shouldn’t be surprising given last year’s 39% return, and some consolidation would be completely normal after an advance of this magnitude. The good news for investors, however, is that this sideways price action is constructive for the long-term chart. In addition, we’ve seen the complete opposite of what we saw in 2016, which bodes well for the bigger picture for the Gold Miners Index. Let’s take a closer look below: 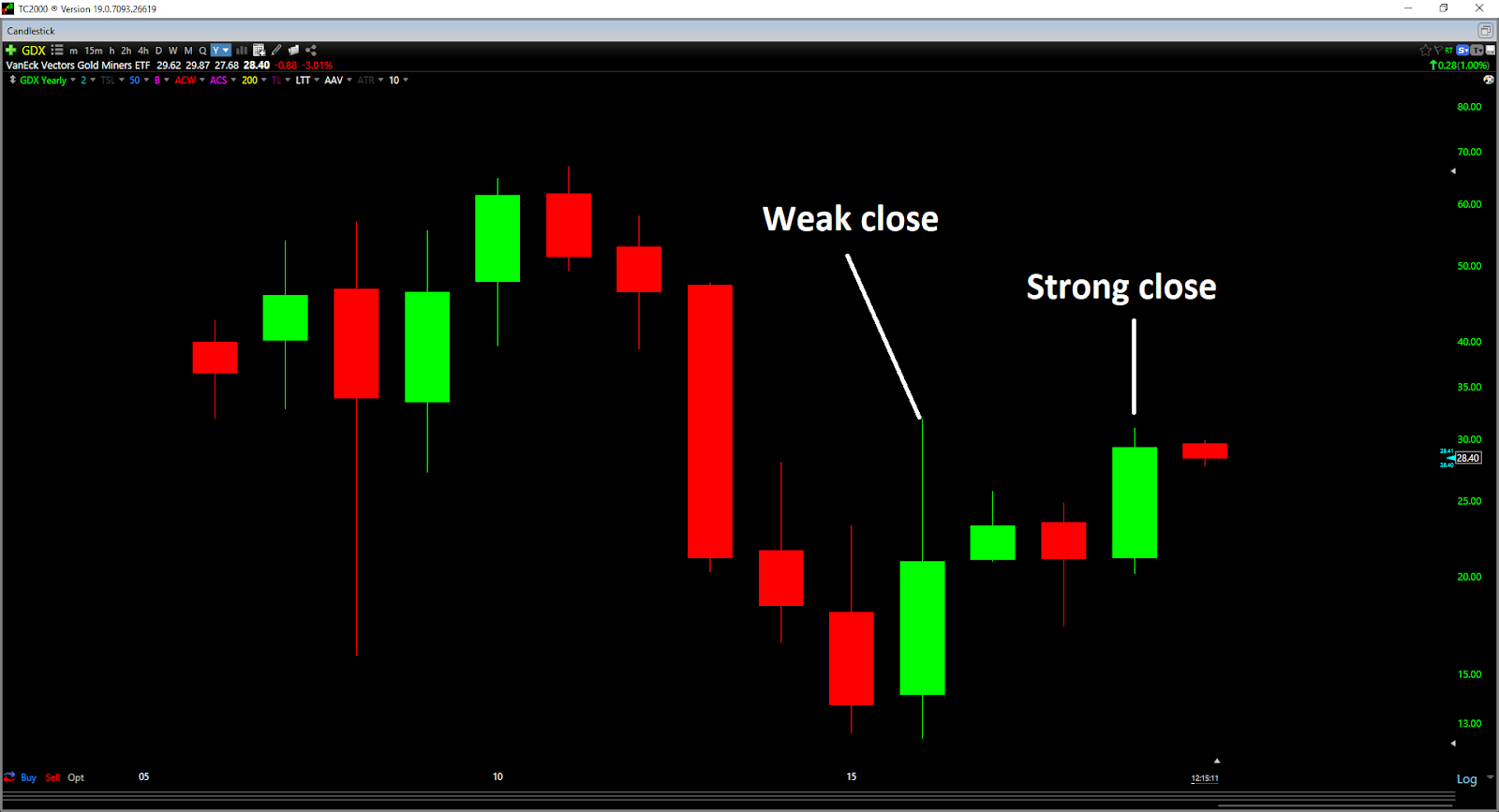 As the yearly chart of the Gold Miners Index shows above, the 38% return in 2019 paled in comparison to 2016’s 53% return, but the 2019 performance was actually more bullish. The reason for this is that the Gold Miners Index managed to finish 2019 in the top 10% of its annual trading range, and barely 5% from its 2019 highs. This suggested that the bulls were in complete control of the price action, and the bears were unable even to score a first down against the bulls, let alone put any points up on the board.

Meanwhile, despite the 2016 return being 1000 basis points higher than last year’s return, the end of year performance was pathetic, with the index closing 35% off of its intra-year highs, and in more or less the middle of the annual range. This weak close to finish the year suggested that the bulls were not truly in control at all and that they were unable to play any defense whatsoever. Not surprisingly, the index went nowhere the following year, before falling nearly 20% below its 2016 yearly close in 2018. Given 2019’s strong finish, we can see a change in character in the bull camp, as they are managing to not only play potent offense, but they’re giving up barely any ground on defense.

As we move down to a monthly chart, we’re also seeing a definite change of character, as the current price action is the total opposite of the violent sell-off after a parabolic rally that began in August 2016. As the chart below shows, the Gold Miners Index bottomed in early 2016, rallied more than 100%, but then completely fell apart over the course of the next four months, registering a 38% decline. This is abnormal price action and suggested that there was minimal demand for the mining shares despite the index seemingly being in a new bull market. While the index did bounce, it took nearly two years to recover from this correction. 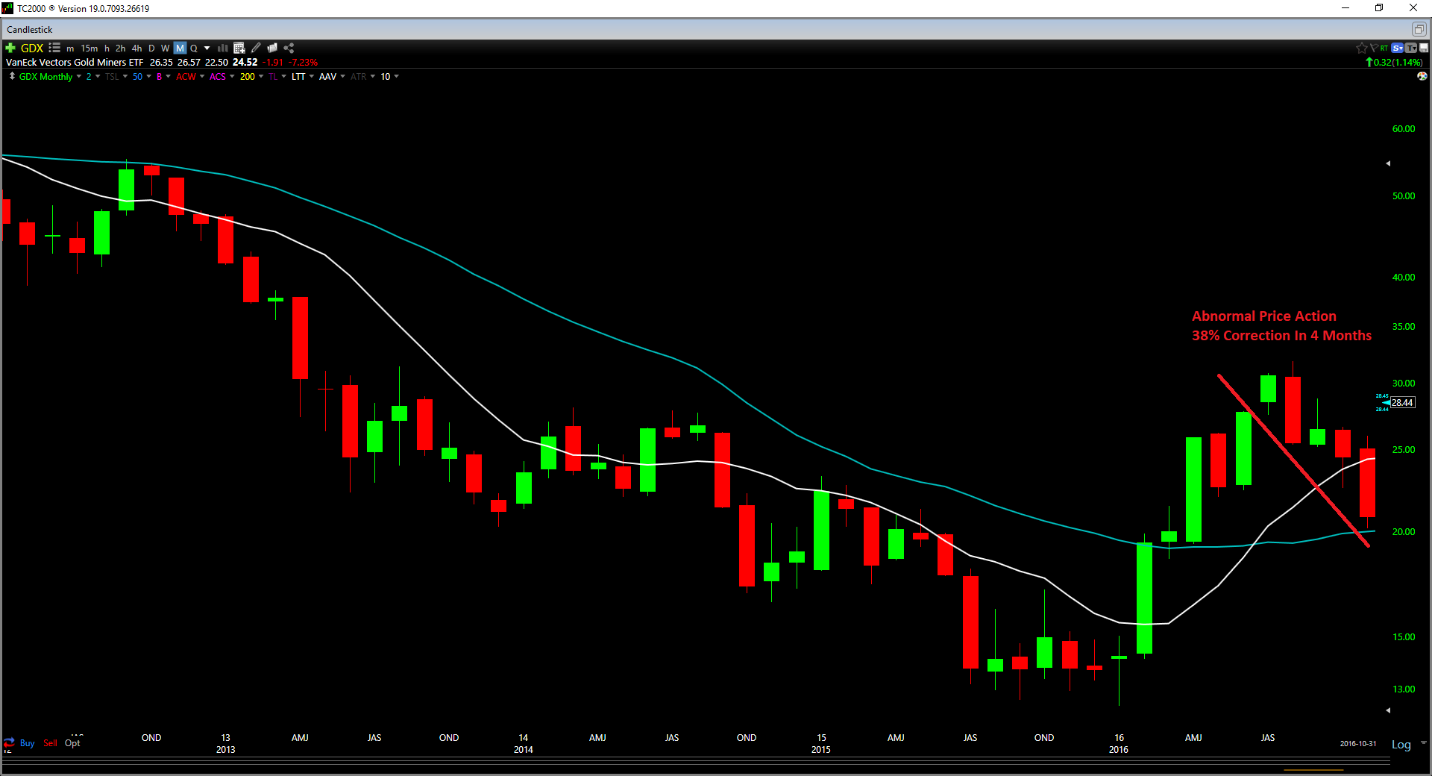 If we look at the below chart of the current correction, it’s hard even to call this a correction, as the index has given up ground grudgingly the whole way down. It’s as if the bulls are fighting for every inch during this correction, and this is the type of price action an investor would expect to see at the beginning of a new bull market. Based on this, the odds suggest that the next significant move is likely higher, though there’s no guarantee that the lows are in just yet. 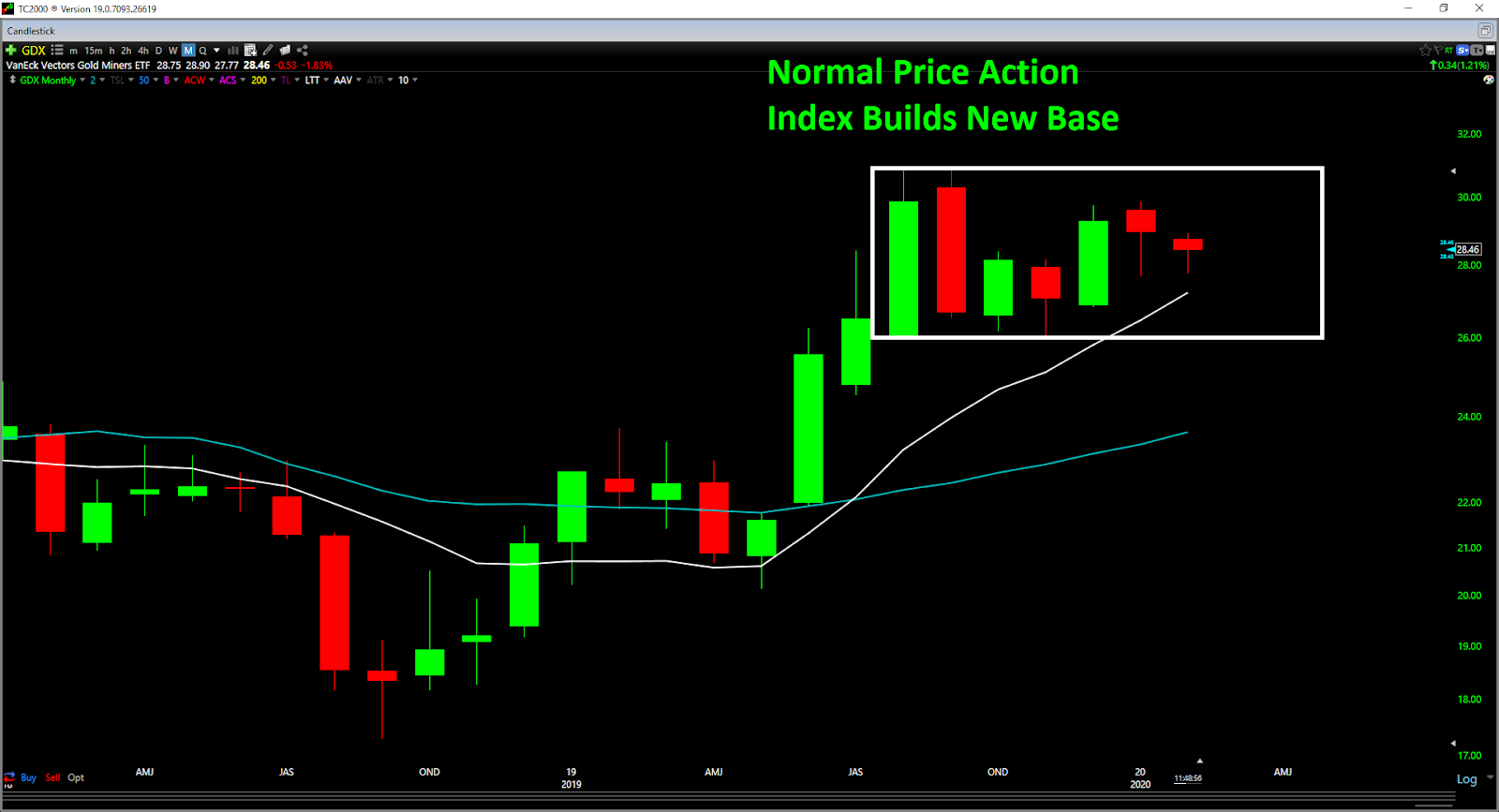 Finally, looking at a long-term chart for perspective, we can see the Gold Miners Index seems to be building out a handle to its saucer-shaped base here, and this is typically a bullish pattern. 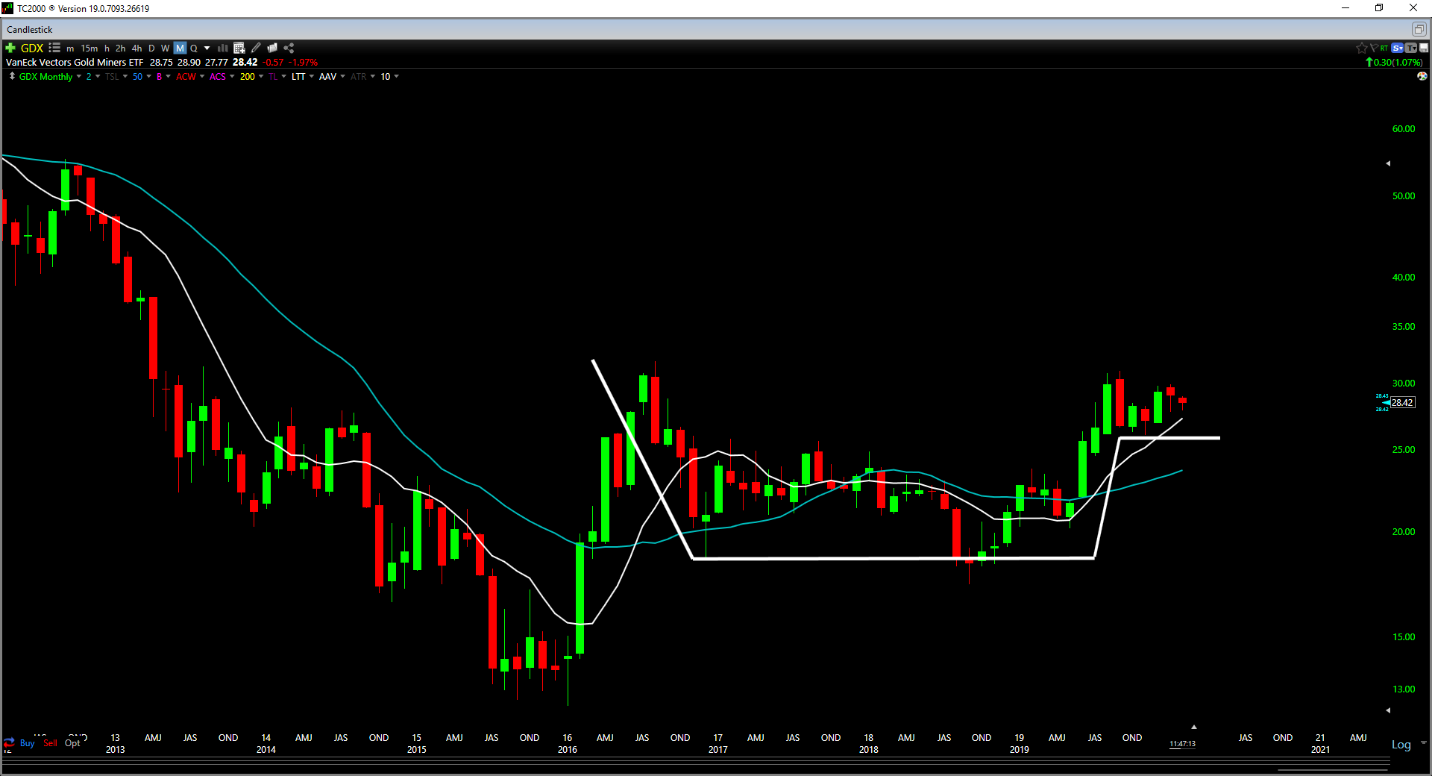 While we may need to shake out a few more bulls before this correction is over, the price action the past few months in the Gold Miners Index has been quite constructive. Besides, the dividend raises across the group with robust earnings growth provide a fundamental backdrop for a move higher, as it’s clear that the Gold Miners Index represents both a growth and value play given the rising gold price. Based on this, I would view any corrections that hold above the $25.00 level to be noise and buying opportunities and would be looking to take advantage of weakness below $26.00, if we see any in the first half of the year.