Marshall Hargrave:  Since the notion of higher interest rates became an even greater reality in January, investors have been uneasy about bond-like stocks. This includes utilities, which have bond-like properties. Meaning, if rates are going to go higher then why not trade in your utility stock for lower-risk bonds. 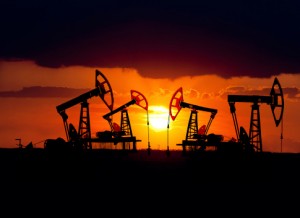 But it’s not just the utilities that are taking it on the chin. There’s the Alerian MLP (NYSEArca: AMLP), which is off 4% over the last couple months. The Alerian MLP is yielding nearly 7% and is much less prone to interest rate movements.

Yet there are other forces at work that have also created a buying opportunity for income-seeking investors. Namely, the selloff in oil prices over the last eight months. Despite the fact that revenue generated by many master limited partnerships (MLPs) isn’t tied to the price of oil, the Alerian MLP is down 15% since the summer.

That’s why oil and gas MLPs aren’t just a solid investment in the rising rate environment, but also amidst a selloff of everything oil-related.

Again, for income investors, it could be a great buying opportunity.

When you look back over the last five major rising rate environments, MLPs have posted postitive returns over each of the five periods.

With that, today I’m looking at a couple MLPs that have limited commodity exposure, but are also in the overlooked $10 billion to $20 billion market cap range.

Here are two MLPs for low oil that will work regardless of when interest rates move higher.

Enbridge Energy Partners offers a healthy 6.2% distribution yield. And it goes without saying that it’s still an easy way to capitalize on the oil selloff. That’s because it generates a large part of its revenue from fee-based activities – meaning it collects money on the oil that moves through its pipelines, rather than the price of oil. About 80% of its earnings before interest, taxes, depreciation and amortization (EBITDA) are generated from fee-based activities.

Having a major pipelines player, with a $40 billion market cap, as its GP is a positive. Part of the benefit includes implicit financial backing and the ability to source large joint venture growth opportunities.