Lawrence Meyers: Continuing my series on interesting exchange-traded funds for every asset class, we move into my favorite arena: small-cap value. I am a value investor, meaning I look for stocks that the market hasn’t discovered yet or that are out of favor for some reason. 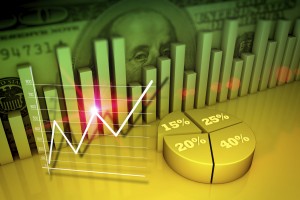 Smaller companies have further to run than large ones. That’s why you are more likely to see outperformance in the small-cap sector. There are a few choices for ETFs in the small-cap value arena, so I’m going to make suggestions for the average Joe investor, the aggressive investor and the conservative investor.

A straight-ahead small-cap value ETF choice for the average Joe investor is the iShares Russell 2000 Value ETF (NYSEARCA:IWN). This $6.21 billion market cap ETF was launched in 2000, so we have plenty of evidence to evaluate. It is extremely well-diversified with 1,371 holdings.

The ETF basically takes the Russell 2000 index and pulls out companies that have value characteristics in the broadest possible sense.

The average price-earnings ratio is a bit higher than I’d like when it comes to small-cap value, residing at 17.69. There’s also a higher weighting that I’d like in terms of sector allocation, with financials accounting for 41% of the ETF. Industrials comes in at 13%, consumer discretionary at 12%, information technology at 10%, utilities at 7%, materials at 4%, energy at 4% and the rest taken up with a smattering of other holdings.

Its five-year return is 72%, including dividends.

This ETF is a fundamentally weighted index fund, taking the smallest 25% of companies in the universe of profitable small-cap companies, after removing the 500 largest companies. The weighting is earnings-based, so the companies with the largest profits get weighted the most heavily. As for “earnings,” the ETF refers to “core earnings,”as defined by Standard & Poor’s to include expenses, income and activities that reflect the actual profitability of the company.