Marshall Hargrave: The summer brought a number of major selloffs among top stocks, which have led to great buying opportunities. 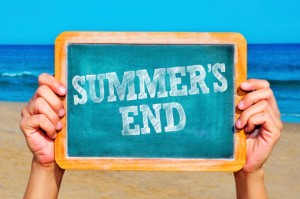 Summer is unofficially over — unofficially, summer runs from Memorial Day to Labor Day. This summer brought with it a volatile market, where some major names were severely punished.

In a market that’s trading at all-time highs, sometimes it’s worthwhile to look at market overreactions in an effort to find great buying opportunities.

Walgreen (NYSE: WAG) is a prime example of a summer overreaction. Shares tumbled nearly 20% after revising earnings expectations for next year.

The market failed to recognize the long-term benefits of its Alliance Boots acquisition, instead focusing on the short-term costs. The stock has rallied 8% since its summer-lows, but still finished down 11% for the summer months.

There are a number of other stocks that the market has shunned. Here are Wall Street’s Top 3 Summer Overreactions:

This natural grocery chain was down the most of our three overreactions this summer, with shares down 21%. Driving the stock down has been concerns of rising competition in the natural and organic space. Remember that Wal-Mart (NYSE: WMT) said it was working with Wild Oats to lower the prices of organic foods back in April.

As a result, Whole Foods has been lowering prices in an effort to keep its market leading position. This has led to fears over the company’s margins. Whole Foods is now turning to cost cutting to help offset this.

As well, in an effort to maintain its market share, it’s launching its first nationwide marketing campaign. And will also expand its home delivery service. There’s still a big market opportunity for Whole Foods. Sales of natural and organic foods is expected to grow at an annualized 11% from 2013 to 2020, per Nutrition Business Journal.

Shares of Melco were down 17% over the summer, due to weakness in Macau gaming. The VIP (high-roller) segment in the region has been coming in weaker than expected for the last few months.

Macau overtook Las Vegas in 2006 as the number one gambling market in the world by revenues and hasn’t looked back since. In 2013, Macau brought in gaming revenues over seven-times that of Vegas.

Quite simply, it’s a long-term play on the rising middle class in China. Macau is the only region in China where gambling is legal, and about half of the visitors to the region are from mainland China. 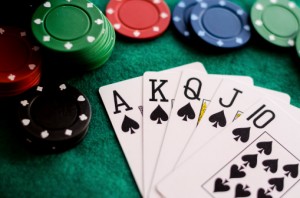 Melco has two casinos in Macau and a majority interest in the soon-to-open Macao Studio City casino. It’s also constructing a casino in the Philippines.

Shares of Melco trade as the cheapest major casino operator in Macau.

Its P/E (price-to-earnings) ratio is 19, below the likes of Las Vegas Sands (NYSE: LVS) and Wynn Resorts (NASDAQ: WYNN). Factoring in Melco’s expected earnings growth and its P/E-to-growth rate (PEG) ratio is under 1 — anything below 1 is considered to be a great growth at a reasonable price stock.