Right now, a closely watched high yield bond ETF known as JNK is sitting at 35.77.  If it falls below 35, that will be a major red flag, and it will be the first time that it has done so since 2009.

A crash in junk bonds almost always precedes a major crash in stocks, and so this is something that I am watching carefully. 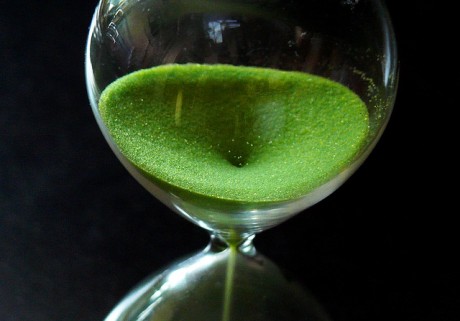 And there is a reason why junk bonds are crashing.  In 2015 we have seen the most corporate bond downgrades since the last financial crisis, and corporate debt defaults are absolutely skyrocketing.  The following comes from a recent piece by Porter Stansberry…

So far this year, nearly 300 U.S. corporations have seen their bonds downgraded. That’s the most downgrades per year since the financial crisis of 2008-2009. The year isn’t over yet. Neither are the downgrades. More worrisome, the 12-month default rate on high-yield corporate debt has doubled this year. This suggests we are well into the next major debt-default cycle.

Another thing that I am watching closely is the price of oil.

Many had been expecting the price of oil to bounce back, but instead we are seeing new downward momentum.  In fact, according to Business Insider the price of U.S. oil briefly dipped below $43 a barrel on Wednesday…

Crude oil was down nearly 3% in morning trade on Wednesday.

West Texas Intermediate crude oil futures in New York dropped to as low as $42.97 per barrel. Futures touched a $42-handle in the last week of October, but last traded near those levels for a considerable period in August.

Another thing that I am watching is the ongoing crash of other industrial commodities.  This is something that also preceded the stock market crash of 2008, and it is a clear sign that global economic activity is really slowing down.

Prices for industrial commodities such as aluminum, tin, iron ore and coal are all crashing.  But the commodity that has me most alarmed personally is copper.

Economists commonly refer to it as “Dr. Copper”, and there is a very good reason for that.  Looking back over history, the price of copper often makes a significant move in one direction or the other before the overall economy does.  And the price of copper almost always starts declining before stocks do.

As I write this, the price of copper has fallen to $2.21, and it is already lower than at any point since the last financial crisis.  To get a better perspective regarding what I am talking about, just check out this chart.  This is one signal that is absolutely screaming that a major financial crisis is imminent.

One more harbinger of financial doom on the horizon is the surging U.S. dollar.  The U.S. dollar surged just before the financial crisis of 2008, and now it is happening again.

Most Americans don’t understand this, but the truth is that a rising U.S. dollar puts an incredible amount of stress on emerging markets all around the globe.  Since the last financial crisis, many of these emerging markets have been on a massive debt binge, and much of that debt was denominated in U.S. dollars.  Now that the dollar has increased in value, emerging market borrowers are finding that it takes much more of their own local currencies to service and pay back those debts.  Defaults are rapidly rising, and emerging market economies all over the world (such as Brazil) have already plunged into recession.

If the Fed does follow through with an interest rate hike in December, that is going to make things even worse.  The U.S. dollar will surge even more, and emerging markets will be in even more trouble.

At the same time that the dollar is getting stronger, the euro is getting weaker.  An article that was posted by CNBC on Wednesday went so far as to state that “it is now looking like the euro reaching parity with the greenback is all but guaranteed”…

The prospect of the Fed hiking interest rates in December has pushed the dollar higher, and it is now looking like the euro reaching parity with the greenback is all but guaranteed.

Strategists, however, disagree on how quickly that will happen and how much more the dollar can appreciate in the near term. That depends, they say, on the Fed, and how fast it will raise interest rates in a world where other central banks are moving in the opposite direction toward easier policy.

Goldman Sachs analysts this week reiterated that they expect euro parity with the dollar by year-end though other strategists expect the decline in the common currency against the dollar to take longer.

Let’s see, who has been warning that this would happen for more than a year?