It’s been an exciting couple week for the gold bulls (GLD), with the metal finally making a run at the $1,700/oz level, and the majority of the gold majors finally gaining some respect from the market. Not only have several gold majors increased their dividends for the second or third time in the past twelve months, but revenue growth rates are also accelerating up 20% year-over-year among the big six gold majors. While the continued strength in gold and follow-through about the multi-year breakout is an excellent sign for the bull camp, it has pushed optimism back to near 6-month highs, with bullish sentiment clocking at 96% bulls Friday. This rush into gold is a short-term headwind for the metal and is likely to make the $1,700/oz level a brick wall of resistance for the time being. Based on this, believe investors would be wise to sit on their hands here and not do new buying, as it rarely pays to rush in when the crowd is predominantly bullish. 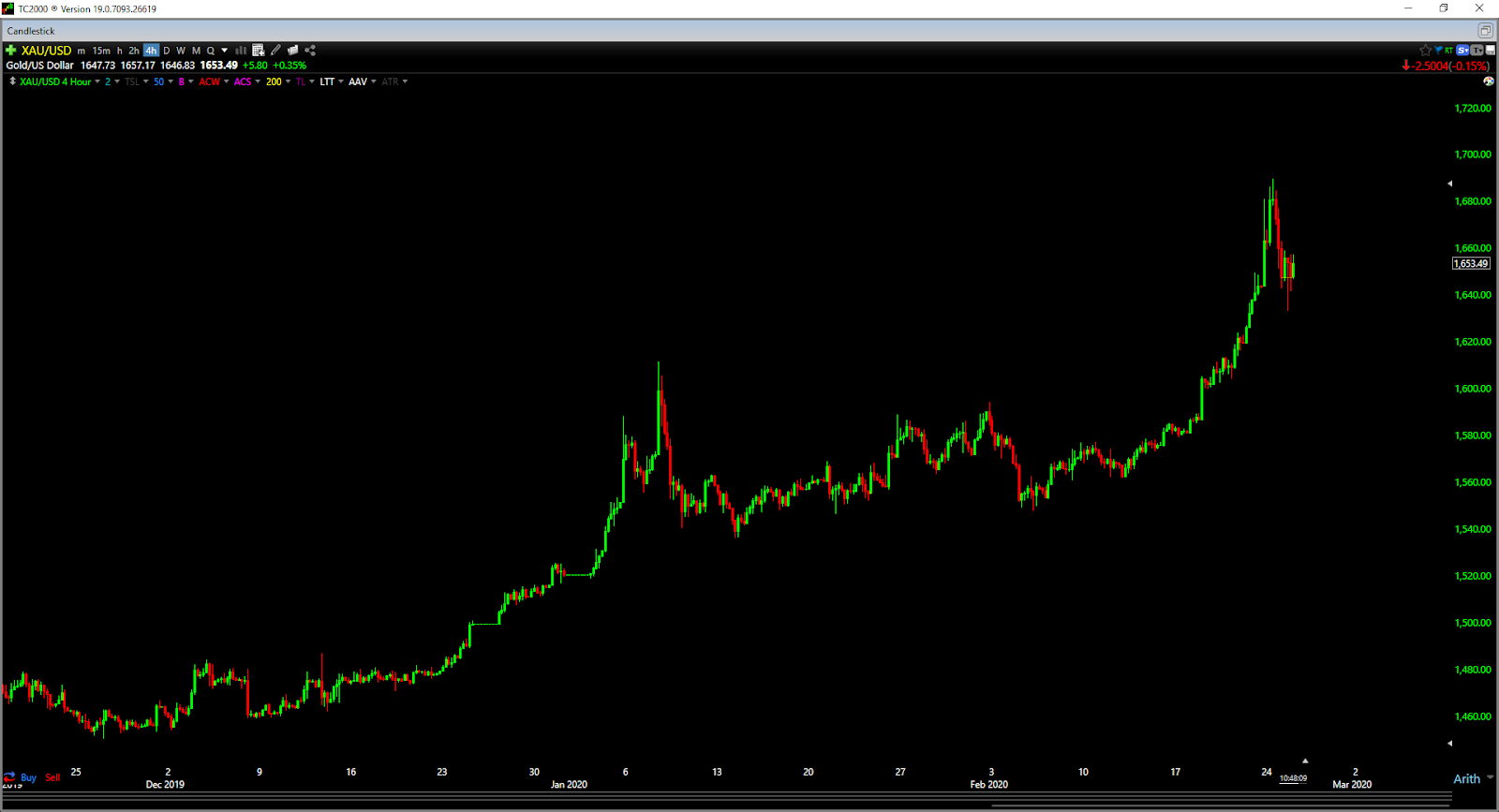 As the above chart shows, gold broke out of a mini-base earlier this month and has stormed higher since taking out its previous August 2019 highs with ease. While this is a bullish development for the metal and another notch on the bull camp’s belts, this move higher has contributed to a flurry of bullish sentiment surrounding the metal, with the calls for $2,000/oz gold by year-end trickling out of the woodwork again. This is not ideal in the slightest, as it rarely pays to run with the bulls when they are their most excited. Let’s take a closer look below:

As we can see in the chart above, bullish sentiment is now back in the nose-bleed territory, with bullish sentiment coming in at 90% or higher for four of the past five days. This reading suggests extreme complacency among the bull camp, as more than 9 out of 10 bulls are predicting higher prices. To put this in perspective, this is a stark contrast from the only 3 out of 10 bulls predicting higher prices in November when I was buying the metal closer to $1,460/oz. Based on this reading, it’s hard to argue that the metal will have a shot at getting through the $1,700/oz – $1,720/oz area over the next month. This is because when the majority are already bullish, there are few people left to buy.

The other issue for gold, unfortunately, is that the metal is now more than 15% above its 200-day moving, an area where it often has had some trouble in the past. While there are no guarantees that the metal will stall out in this area, I would argue that the $1,700/oz will be a tough spot to get through. Personally, I prefer only to buy gold when it’s down 5% or more from its highs, not in a melt-up rally, hence why I bought near $1,460/oz in November. As we can see in the chart below, the 200-day moving average for gold is near $1,460/oz, with the metal just shy of $1,700/oz as of yesterday’s close. 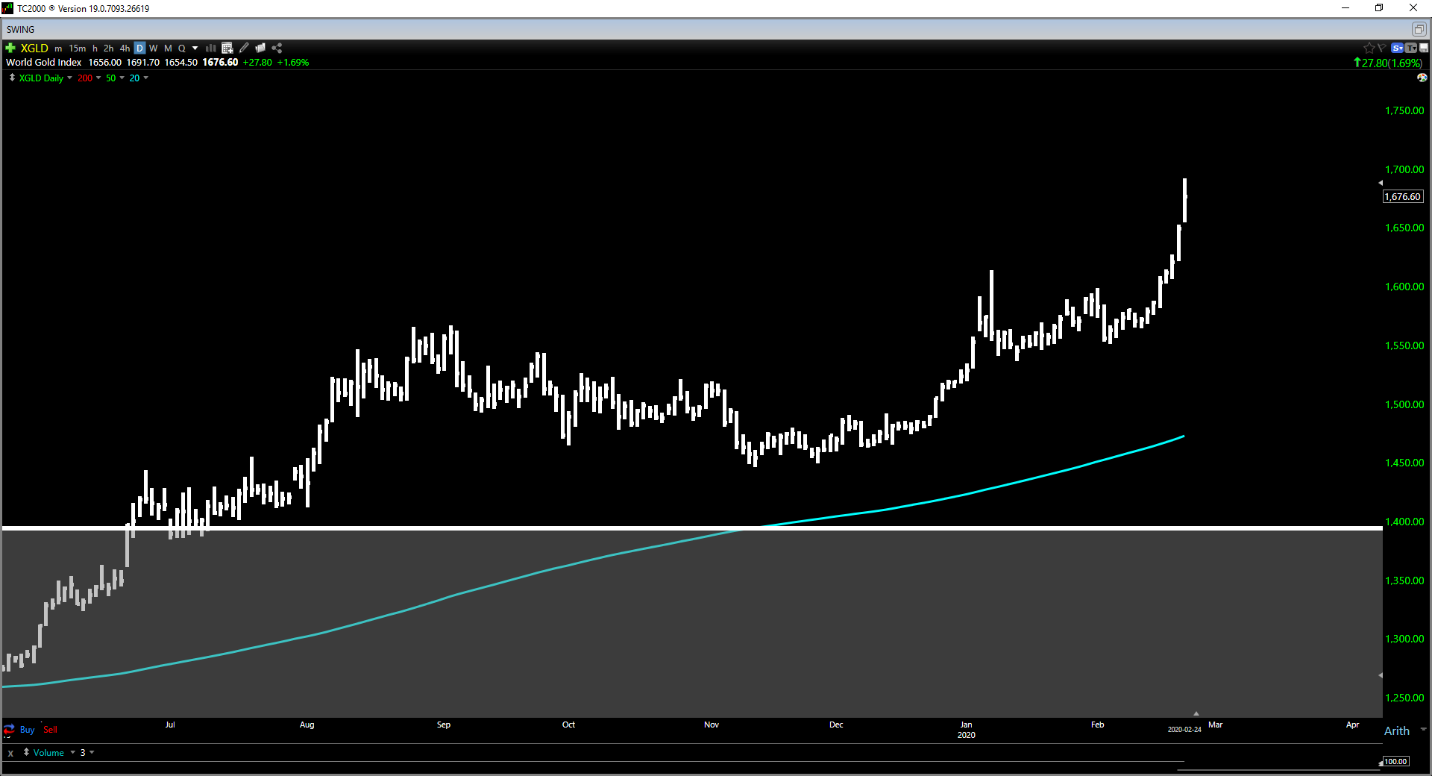 While there’s no reason to stick a fork in this bull market or lose sight of the bullish long-term picture for gold due to some complacency, it’s also not a time to be giddy and start chasing either. For this reason, I believe the best course of action here is sitting tight and being patient for 7-10% corrections to add to gold. This would line up with a drop to the $1,600/oz level or lower. Currently, I remain long gold from $1,460/oz with no plans on selling soon, but I am certainly not adding to my position at current levels.