Gold has been out of luck for the majority of the year so far. The year to date (YTD) performance of the precious metal sits at -0.46 percent. This is despite the fact that the Federal Reserve has adopted a dovish stance towards their monetary policy and there are serious concerns over the ongoing Trade War between the United States and China. In fact, the mainstream Chinese media has adopted a very aggressive tone against the U.S. with the Chinese media sending a clear warning that the dispute is going to hurt U.S. companies the most because of their exposure in China. According to the “Treaty damage to the U.S. hinterland” a 25% tariff increase on Chinese companies is going to impact 1 million U.S. jobs and will also anchor the financial market turmoil further.

However, despite this major uncertainty, there is no appetite among trader for holding the safe haven- gold . The chart below shows that the SPDR Gold ETF has experienced its largest outflow since 2016, with an outflow exceeding $926 million in the first week of May alone. Having said this, the bleeding didn’t get much worse and this is because as of the last week, the inflow was $120 million which is better than the previous week’s outflow number of $303 million. 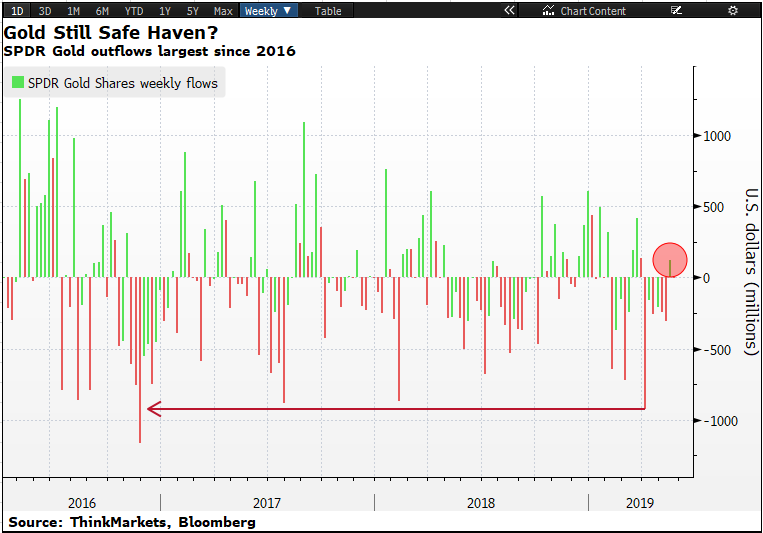 The question which comes to mind is: why is the Dollar Index still strong if the Fed isn’t going to change its monetary policy?