Has the tech giant resorted to buying innovation?

Apple is making its largest acquisition ever, buying Beats for $3 billion.

The $3 billion it plans to spend on Beats will barely dent its cash hoard.

It had over $140 billion in net cash last quarter, which covers just around 25% of its market cap. 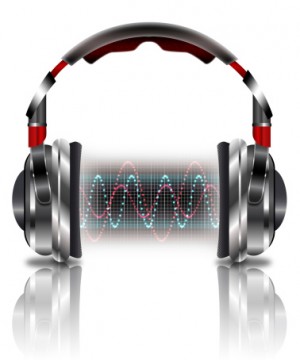 Even still, many on Wall Street still question the deal. Piper Jaffray noted:

The two cofounders are a couple of the most respected names in the hip-hop industry.

Hip hop has easily been one of the fastest growing cultural movements over the last twenty years.

The company is more than just a brand; it’s part of a cultural movement.

Hip hop is not just music, it’s a culmination of music, art, language and fashion all rolled together.

But the market has failed to recognized how hip hop artists could restore Apple.

While the acquisition will propel Apple further into the music industry, the strategy is much more than just that.

Apple is gaining three distinct “assets” that it can use to tap into a culture that will only continue to grow.

These products are high-margin, just like Apple’s primary revenue driver, the iPhone.

Apple has a brand name and distribution model that will allow it to boost sales of Beats’ headphones and speakers.

Beats already owns 60% of the high-end headphone market in the U.S. But it is still a U.S. focused company, which is an opportunity for Apple.

Apple generates over 60% of its revenues from outside the U.S.

The tech giant will be able to use its worldwide presence to help introduce Beats into the global marketplace.

Apple has already positioned iTunes as the world’s leading seller of music.

However, streaming services have been cutting into its market share.

The likes of Pandora and Spotify are growing their businesses much faster than iTunes.

Apple’s own streaming service, iTunes Radio, has also been lagging behind competition. 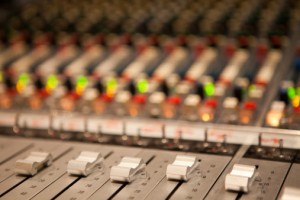 Beats does only have around 100,000 subscribers, compared to Spotify’s 10 million subscribers.

But while Beats still has a very small customer base, the iTunes integration will give Beats a large user base to tap.

iTunes is the world’s leading music retailer, with 800 million accounts.

iTunes will ultimately develop into a complete music offering.

Apple will keep the iTunes Radio as the free streaming service, Beats Music as the subscription service, and then iTunes for the purchase of music.

In addition to the headphones and music business, Apple will have two of the biggest names in music.

While the Beats Electronics and Beats Music businesses will integrate nicely with Apple’s strategy, the acquisition could well be an “acqui-hire.”

Given that Dre and lovine were so instrumental to Beats, Apple would never have been able to hire them outright.

Instead, by acquiring the entire company, Beats can hire both Dre and lovine, making the move an acqui-hire.

These two founders should help Apple generate new ideas and further innovate on the product and music side.

Apple is updating its iOS software, with a focus on the integration of mobile and web.

There’s also the upcoming launch of the iPhone 6, which should come later this year.

Only about 30% of global mobile phone users are smartphone users.

That still presents a big opportunity for Apple to sell more iPhones.

At the same time, there should be another cycle of product “refreshes” for its other iPhones, iPads and Macs.

Apple is one of the most profitable companies in the technology sector.

Its return on invested capital is an impressive 25%.

Compare that to Google, which has a return on invested capital of 13%.

Apple is snatching up a leader in the music industry at just 2.3 times sales.

Apple as a whole trades at three times sales.

At the end of April, it increased its shareholder buybacks from $60 billion to $90 billion.

Apple is still very appealing from a valuation perspective as well.

Its P/E ratio is right at 15, which is well below its average P/E of 20 for last five years.

Factoring in the growth expectations that Wall Street has for the company and it’s a growth at a reasonable price opportunity.

By purchasing Beats, Apple is not giving up on innovation.

Rather, it’s looking for new ways to innovate.

Dre and lovine should help give Apple a fresh perspective on its current products and spur inspiration for new products.