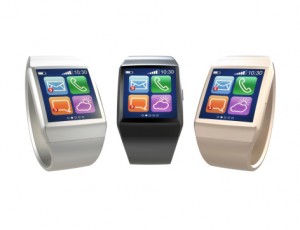 Apple is the most valuable company in the world, with a market capitalization of $737 billion. The stock is one of the largest positions in my Portfolio, thanks to shares doubling in price in just two years.

Apple stock is a favorite for individual investors, due to the company’s huge size and the widespread popularity of Apple products. I’d be willing to bet that 90% of Daily Profit readers own Apple stock today – either directly, or through mutual funds and ETFs.

The Apple Watch is huge for the company, and important for Apple shareholders. The new product could help propel Apple shares higher in the coming months. Plus, one Apple partner could stand to reap huge benefits from the product launch. Just click here for the full story.

If you own Apple stock – or are considering buying a position – you need to understand the importance of the Apple Watch. Even if you never plan to buy the product, it’s important that you understand all the Apple Watch facts, and what’s ahead for the world’s most valuable company.

What: The Apple Watch is literally a watch. It’s the first wearable technology device from Apple, and it pairs with the company’s iPhone. The Apple Watch will allow you to answer phone calls, listen to music, check email and monitor health and exercise.

Price: The Apple Watch Sport edition is the entry-level product, priced at $349. The standard version costs $549. Those versions seem downright cheap compared with the high-end gold edition of the Apple Watch, which costs as much as $17,000.

Pros: Reviews indicate that customers like the Apple Watch due to its beautiful and stylish design. The price point is reasonable, compared with conventional watches.

Cons: The biggest criticisms have been short battery life and the slow speed of loading applications.

Sales Estimates: Estimates for the Apple Watch vary greatly among research firms. According to Fortune, Piper Jaffray is at the low end of the spectrum, with an estimate of 8 million units sold in 2015. Meanwhile, Global Securities Research expects the company to sell 40 million units. Analysts expect an average selling price of $416. Assuming the mid-point of the estimates, the Apple Watch would deliver $10 billion in sales this year.

Earnings: The Apple Watch will have little impact on Apple’s earnings in 2015. The Watch is expected to contribute to 3% to 4% of Apple’s sales in 2015. A similar positive impact on the company’s EPS can be expected. An analyst at JPMorgan expects Apple’s fiscal year 2015 (ending September 2015) earnings to get a 2.4% boost from the Watch.

What the Apple Watch Means for Apple Stock

The Apple Watch is a small product launch for Apple. Consider for a moment that Apple sold more than 190 million iPhones in 2014. Even if Apple sells 24 million Watches in 2015, those sales will be tiny compared with the higher priced iPhone.

While the Apple Watch will not boost the company’s sales by 10%-20%, this is a crucial product launch for the company.

The Apple Watch is the first brand new product launched since founder Steve Jobs’ untimely death. A successful launch of the Watch would indicate that innovation is alive and well in Cupertino, Calif. under the leadership of CEO Tim Cook. That would help boost confidence in the company, and would help solidify the company’s dominant position.

Apple is a huge company, and is still a great investment. The stock is currently trading around $126, or about 5.3% below its all-time high.

Even after beating the market by a factor of 2-to-1 over the last two years, the stock is still cheap. Shares are trading at a reasonable P/E multiple of 14.5 based on 2015 earnings estimates – a discount to the S&P 500.

In addition to being cheap, Apple is also growing quickly. This year, sales are expected to grow 24% and EPS could surge 34%. If that’s not enough, the company’s balance sheet is extremely liquid, with roughly $150 billion of cash that can be used for share buybacks, dividends or strategic acquisitions.

It’s not too late to buy Apple stock today.