With its 7-to-1 stock split taking effect after the closing bell Friday, the company has generated a lot of buzz in the financial markets.

Reaching prices not seen since late 2012, Apple is riding a fresh wave of enthusiasm.

As we wrote last week, Apple seems to have gotten its mojo back.

At last Monday’s Worldwide Developers Conference Apple announced what looks like the groundwork for the long-rumored iWatch.

But that’s not all Apple said that I think you should pay attention to.

Many investors expect news of a Dropbox IPO any day now.

But considering the importance of Apple’s quiet announcement, I’m not so sure anymore.

Apple actually tried to buy Dropbox in 2009 for just under $1 billion.

After being rejected, Steve Jobs reportedly vowed to destroy Dropbox. 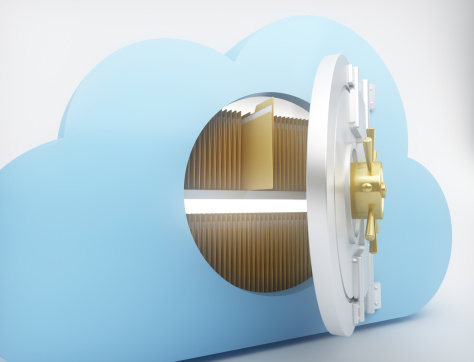 Now, however, Apple may be close to achieving that goal.

The tech giant made a lot of announcements during WWDC but there is one that I think went largely unnoticed.

Apple introduced a new service that has the potential to crush Dropbox, iCloud Drive.

The service is an upgrade to Apple’s existing iCloud.

Now users will be able to backup and share any files, not just those backed up through an app connected to iCloud.

The company spent only about one minute introducing iCloud Drive so, if you didn’t follow the event in real time, you might have missed it entirely (skip to 23:40 for the bit on iCloud).

Here is what we have to decide. Will existing cloud-storage users switch to iCloud Drive from Dropbox?

I think the answer to both of these questions is ‘yes.

The two major needs for cloud-storage users are convenience and security.

Both services are pretty convenient, although a case could be made that iCloud Drive will be more convenient than Dropbox on Mac devices since it is built into the operating system.

Since both companies have a less-than-stellar record with security I don’t see much of a difference here.

Although Apple’s record is probably stronger than that of Dropbox in this area.

Like many Apple device owners, I have an iCloud account more by default than anything else. I also use Dropbox.

After this announcement I doubt I’ll ever have any need for Dropbox again.

That’s why Apple’s announcement is a direct hit.

Dropbox’s entire model is based on providing cloud-based storage and file sharing across devices.

For Apple, cloud-based storage is just an add-on.

If Apple offers an identical service at the same price then where is Dropbox’s competitive advantage?

Apple could offer the service for less than Dropbox, even taking a loss on the initiative to keep loyal customers happy and to make it harder to leave the Apple device ecosystem.

One thing is certain.

All of the recent news has been great for Apple shareholders.

The stock is up over 21% in the past two months alone.

But for Dropbox the news is certainly bad.

Not only is it likely that Apple delayed or killed the Dropbox IPO, Apple may very well have just killed Dropbox.