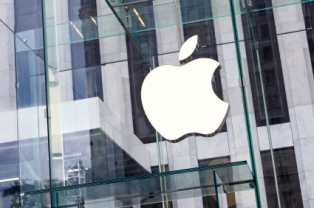 Since then, Apple stock is up about 24% and trading at about $525 a share. And yet Gilani still sees a lot of upside for AAPL.

Recently, Money Morning Executive Editor William Patalon III caught up with Gilani for an update on his summer recommendations.

Here’s a partial transcript of that discussion.

Just to underscore that point … shortly after you recommended Apple, raider-turned-“activist-investor” Carl Icahn announced that he’d taken a big stake in the company – it eventually grew to something more than $2.5 billion – and began pressuring CEO Tim Cook to boost the dividend and buy back stock. The company had a pretty successful iPhone launch, cut a deal with China Mobile Ltd (NYSE ADR: CHL), and has made a bunch of intriguing tech acquisitions.

What do you see next for AAPL stock?

Shah Gilani (A): You know, Bill, getting this chance to talk with you about these recommendations is an interesting and useful exercise for me. It’s allowed me to go back and review my initial investment cases. And it serves as a reminder just how alike – from an investment standpoint – Microsoft and Apple really are.