Both of the Apple bond deals are primarily intended to fund efforts to return money to shareholders. Last week the Cupertino, Calif.-based company announced it had increased its share buyback program by $30 billion to $90 billion and raised its quarterly dividend 8% to $3.29 a share. 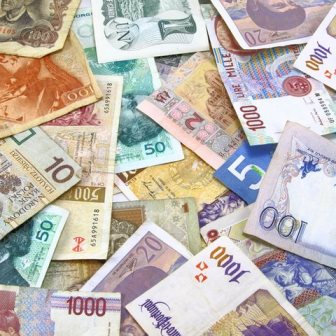 But that’s a lot of debt to take on when you have $150 billion of cash and marketable securities on your balance sheet and free cash flow of about $40 billion per year.

Most of AAPL’s cash is held overseas. If the company repatriates that money for any reason – like share buybacks – it must pay the U.S. corporate tax rate of 35%, which happens to be the highest in the world.

It makes much more sense to for Apple to borrow the money it needs at extremely low interest rates. And what little interest Apple does pay is tax-deductible, further reducing the company’s tax burden.

And while this behavior may smell like a company cheating on its taxes, it’s all perfectly legal – and from a fiduciary standpoint, exactly the right thing to do.

It’s just one example of some of the strategies U.S. companies have devised to avoid the high corporate tax rate.

The strange state of affairs argues for serious corporate tax reform, as the high rate we have now with countless loopholes encourages behavior that allows some big companies to pay low or even no taxes and harms the U.S. economy in other ways.

Apple is far from alone…