Kent Thune:  How many times in the past three years have you heard that bond mutual funds and ETFs are generally a bad idea? 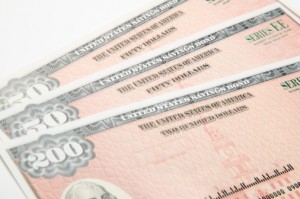 The reasoning is that bond prices move in the opposite direction as interest rates and rates have been expected to rise for the last two to three years.

In fact, it was more than four years ago when Bill Gross was still the bond king, and he announced “the end of a great 30-year bull market in bonds” in his highly publicized PIMCO Investment Outlook article, Run Turkey, Run.

But how have bonds performed since that time? Look no further than the performance on a widely-traded total bond market index fund like iShares Core US Aggregate Bond (NYSEARCA:AGG). The five-year annualized return for AGG is 4.4%. That’s hardly a “bear market,” at least not for long-term investors who look to bonds and bond funds for price performance, as opposed to yield.

Furthermore, many asset managers and financial media pundits in recent years have cautioned that rising rates will have a greater negative impact on bonds and bond funds with longer maturities (or actually “duration” for those knowledgeable about bonds). Therefore, the conventional wisdom was to move away from long-term bond funds and into short-term bond funds.

What bond category might you guess performed head and shoulders above all others in 2014? It was long-term bonds! Adding insult (and irony) to Bill Gross’s injury last year, it was the funds with the longest maturities and greatest interest rate sensitivity that performed best, and a top performer was PIMCO 25+ Year Zero Coupon US Treasury ETF (NYSEARCA:ZROZ), which gained an eye-popping 48.8% in 2014. And the 30-year bull run for bonds was supposed to be over in 2010?

Now advance to the present. Only halfway through the first month of 2015, AGG is already up 1.2%. At that rate, bond prices would rise 20% this year. Of course, it would be foolish to make this assumption but one is wise to compare that gain with the negative returns for stocks year-to-date. At the very least, one could make a solid case for diversification.

Ignore the Noise & Invest to Your Objective

The point I am leading toward, in the event you haven’t already guessed, is that short-term noise is just that — short-term noise! Asset managers and financial media pundits on Wall Street don’t know where markets are heading any more than any of us living on the proverbial Main Street know of the future for securities prices.

Furthermore, and more importantly for you, the investor, the so-called experts have no idea about your investment objective. And who cares if these experts are right (which isn’t often) and bond prices fall this year, as a result of higher inflation and interest rates?