Marshall Hargrave:  Corporate governance is getting a lot of attention these days. 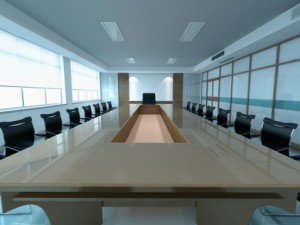 Carl Icahn’s motive of late is to get companies to loosen up their corporate governance in an effort to make it easier for activists to get involved with newly spunoff companies.

But there’s a new trend that’s taking activist investing to another level.

Companies that have embraced proxy access put all board nominees on their ballots, not just those backed by the company. Investors who have owned 3% of the company for at least three years can nominate board members. The move basically means that investors can nominate their own directors for the board.

There are already a number of companies changing their bylaws to embrace proxy access, including the likes of Progressive Corp (NYSE:PGR), General Electric (NYSE:GE) and Yum! Brands (NYSE:YUM).

But this trend isn’t to be mistaken for opening the door to activists, or letting activist investors have a free for all at the board.

Activist investors aren’t known for waiting three years to effect change. Rather, this is a positive for longer-term shareholders that are fed up with the current board and want to see a change.

The idea is that pension funds, mutual funds and other large, usually passive investors will now be allowed a greater say in how large companies are run.

This comes just as the world’s largest mutual fund operators in the U.S. are becoming more assertive. For example, there’s Vanguard, which is a passive investor that owns over 5% of nearly every large cap company out there.

Just last month, Vanguard put out a letter to the CEOs of all the companies it has a stake in, noting that it will be more forceful going forward when it comes to corporate governance changes. Specifically, instead of simply abstaining when it comes to shareholder proposals, it will vote no if it disagrees.

BlackRock also sent a signal to public companies last month by updating its guidelines. It stated that it has no problems voting against one or more board members, whether it’s because the board isn’t diversified or has no succession plan, or if a board member is too long-tenured.

And State Street Corp. (NYSE: STT), another major mutual fund operator, recently adopted a policy of taking a closer look at board members that have been tenured for nine years or longer.

My take on the proxy access trend is positive. I’ve talked a lot about big bank breakups over the last couple weeks. And big banks are ripe for a change. Two of the hardest hit banks since the financial crisis, Citi and Bank of America, are both leading the charge in terms of proxy access.