The big part of forever dividend stocks is that they have paid dividends for a very long-time. And the track record of dividend increases on all of these stocks are more than impressive. They’ve consistently increased their payments to shareholders for many years.

P&G pays a solid 3.2% dividend yield and has increased its dividend for every year for the last 57 years. That’s the longest number of yearly increases on our list of 10 stocks. P&G has a vast portfolio of consumer products and a very broad geographical reach. It sells its products in over 180 countries.

25 of its brands bring in a billion dollars or more a year. A few notable brands include Head & Shoulders, Gillette, Crest, Oral-B, Duracell, Gain and Tide. The company is also increasing its entry of these brands into developing market. In 2011, developing markets generated 35% of revenues, but in 2013 that number was up to 39%. 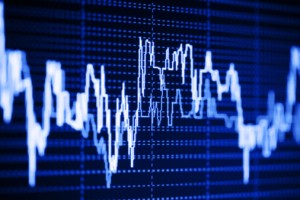 AT&T pays the highest dividend yield on our list, coming in at 5.3%. Its streak of annual dividend increases spans 29 years. It’s one of the U.S.’s largest mobile operators. The number of smartphones being sold across the world are on the rise, which is a big positive for AT&T.

AT&T has a churn rate that’s below 1.1%. It also made a leap into the prepaid market by buying up Leap Wireless. AT&T remains a leader in a fast growing market, where the IDC sees worldwide smartphone shipments growing at an annualized rate of 18.4% through 2016.

Altria Group has one of the best dividends on the list. Its dividend yield is the second highest on our list at 4.9%. And its streak of 44 years of annual dividend increases is the second longest, behind only P&G.

Altria Group is the U.S.’s largest tobacco company. Its Marlboro brand is the largest selling brand in the U.S. It’s also looking to get more active in the higher margin smokeless tobacco space. It’s doing this by partnering with Philip Morris (NYSE:PM) to sell various products, which gives the company access to international markets.

Another major consumer products company on our list is Clorox. This company’s dividend is nearly as great as P&G’s. Clorox‘s dividend yield is 3.2% and it has upped its annual payment for the last 36 years.

Clorox was actually spun-off from P&G in 1969. Its consumer products portfolio is made up of various household cleaning, specialty food and natural personal care products. Like P&G, Clorox markets its products in over 100 countries. But it’s still heavily tied to the U.S., leaving room for the company to increase its exposure to faster growing developing markets. Last year, nearly 80% of its sales were from the U.S. Clorox also derives over a quarter of its revenues from Wal-Mart (NYSE:WMT), which also happens to be the world’s largest retailer.

Sysco has one of the best streaks of annual dividend increases at 43 years. Its dividend yield is at 3.2%. Sysco is one of the key food distributors in the U.S., supplying the foodservice industry.

Earlier this year it agreed to buy the second largest food distributor in the U.S., US Foods. Sysco distributes various food items from meats to fully prepared entrees. This increases Sysco’s reach, but still ties it heavily to North America. 99% of sales are generated in the U.S. and Canada, leaving room for Sysco to tap international markets.

PepsiCo pays a 3.1% dividend yields. Its string of annual dividend increases stands at 41 years. The company has a very recognizable portfolio of brands and is the largest food and beverage company in North America. Its key beverage brands includes Pepsi, Mountain Dew, Gatorade, and Tropicana. All of which generate more than $1 billion in annual revenues.

One of the keys to PepsiCo is that it also has a snacks business, unlike Coca-Cola (NYSE:KO). PepsiCo’s major food brands include Lay’s, Doritos, Cheetos and Quaker. And shares of PepsiCo are also trading at a lower P/E ratio than rival Coca-Cola.

This fast food company pays a 3.2% dividend yield. But the other great part of its dividend is that it’s upped it for 37 consecutive years. Its dividend payout is the second lowest on our list, coming in at 56%.

McDonald’s remains the largest fast food company in the world. It has a very broad reach. As far as the U.S. goes, McDonald’s continues to dwarf its top competitors in sales, which includes Burger King (NYSE:BKW) and Wendy’s (NASDAQ:WEN).

But it’s not just about food anymore. McDonald’s is making coffee a greater focus. It has already expanded its in-store offerings of new coffee items. But it’s looking to launch a McCafe brand packaged coffee to be sold in supermarkets later this year.

This electricity producer offers a healthy 4.5% dividend yield. It managed to increase its dividend payment for 12 straight years. It’s one of the U.S.’s largest electricity producers, serving around 4.4 million customers in the Southeast. But shares are actually down over the last 12 months. This comes as the summer was warmer than expected.

But Southern Company has a number of growth opportunities. These include the largest biomass generation plant and a wind-data study for wind farm feasibility in Alabama. And it’s also building the U.S.’s first nuclear reactors in some 35 years.

The U.S.’s largest trash disposal company pays out a 3.5% dividend yield. Its dividend payment has been increased in each year over the last decade.

It services over 20 million customers. Its revenues are generated from a variety of segments, with the keys areas being trash collection and landfills. Together, they generate nearly 70% of the company’s sales. And as the global population rises, there will be a steady increase in the need for trash collection and disposal. Which is a big positive for Waste Management.

Lockheed Martin pays a 3.3% dividend yield. Its dividend payout is the lowest of the 10 stocks on our list, coming in at 49%. And the company has increased its dividend for 11 straight years.

Lockheed Martin ranks as the largest military weapons maker in the world. It still generates about 80% of revenues from the U.S. government. Lockheed Martin’s key products are its fighter jets, namely the F-35. This F-35 jet accounted for just over 15% of total sales in 2013. The alleviation of the budget sequestration last year was a positive for Lockheed Martin and other defense contractor.

Income investing isn’t just about the yield. Sure, the top 10 dividend stocks to own forever pay a yield that’s above 3%. But nearly all of these companies dominate their respective industries and they all have upped their annual dividend payments for at least a decade. Investing in dividend stocks that you can literally own forever is a great way to build wealth.