Bob Ciura: The steep collapse in the price of oil over the past year has caused stock prices to decline across the sector. In turn, this has pushed dividend yields up in the energy space, since stock prices and yields are inversely related. As a result, income investors can easily find significant dividend yields among Big Oil stocks. 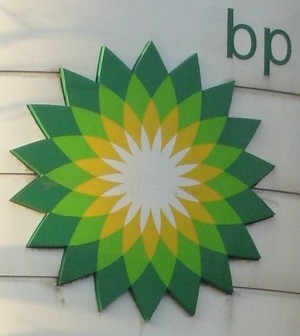 BP PLC (NYSE: BP) is the best Big Oil dividend stock, for a few key reasons. First, BP offers the highest dividend yield among the integrated majors. In addition, BP has grown its dividend over the past several years. Lastly, it generates enough cash flow to support its extremely high dividend, thanks to its balanced and diversified business model.

As an integrated major, BP operates an upstream exploration and production business, as well as a downstream refining business. Its peer group includes other integrated majors like Exxon Mobil (NYSE: XOM) and Chevron (NYSE: CVX).

What separates BP from its competitors is that it offers a nearly 6% dividend yield. This towers above the yield many of its peers sport right now. For example, Chevron yields about 4%, while Exxon Mobil is at 3.3%. The difference in yield is very significant, and gives BP a big advantage for income investors.

Normally, a sky-high dividend that is significantly above its sector average would raise eyebrows. This is especially true for an energy company, since many energy firms have slashed their dividends in recent weeks due to the collapse in energy prices.

For instance, BP’s downstream segment produced $1.2 billion in profit before interest and taxes last quarter, up significantly from just $70 million in profit in the same quarter in 2013. This helped offset a 41% decline in upstream profits in the same period. Overall, BP generated $32.8 billion in operating cash flow last year.

These healthy metrics should keep BP’s hefty dividend intact. It currently distributes $2.40 per share. Even though the steep drop in oil prices took a bite out of its net profits, the company still earned more than enough profits to cover its payout. BP earned $2.63 per share last year. Going forward, it should continue to support its dividend with solid profits.

The company got some good news on two key fronts recently. The first one pertains to the ongoing civil trial stemming from the 2010 Gulf of Mexico oil spill. Earlier this year, a federal judge ruled that only 3.19 million barrels had spilled into the Gulf. This was significantly lower than the government’s calculation, and effectively reduced the maximum financial penalty that BP could face from $18 billion to $13.7 billion.