Marshall Hargrave: Oil appears to have risen from a near-term bottom, with West Texas Intermediate (WTI) grade trading right at $43 a barrel in mid-March. Since then, a number of catalysts have been pushing the commodity higher. 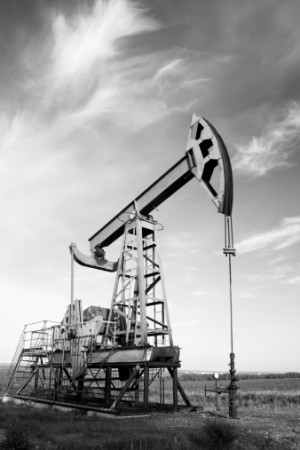 First is the fact that oil drilling rigs are being taken down at a rate that’s faster than ever. This has helped cut supply to some degree. There’s also the fact that geopolitical risk in the Middle East have rekindled fears of production disruptions.

The crash in oil prices, although punishing for producers, has actually forced companies to become more efficient. The slowdown in drilling activity can be seen as as a positive, giving companies time (or in some cases forcing them) to improve productivity.

With all this, since mid-March, WTI crude is now up over 35%. This rebound is pulling many of the oil explorer stocks higher. This includes WPX Energy (NYSE: WPX) and Range Resources (NYSE: RRC), both up 35% since oil bottomed out.

However, not all the major oil producers have enjoyed the same rebound. Here are three oil stocks that could be enticing at current levels:

Shares are up just 3% since WTI bottomed, but Cenovus also a major player in the sometimes misunderstood Canadian oil sands. Its assets are long-lived, meaning production doesn’t plateau for many decades, which is unlike most shale assets.

The beauty of enhanced oil recovery, which is what Cenovus specializes in, is that these operations are very cost-competitive. Basically, gravity does a lot of the work in the low-steam-assisted gravity-drainage process.

Cenovus also has strong ties to the downstream market, with a near-decade-old joint venture with Phillips 66 that helps keep margins relatively high. Let’s not forget its 5%-plus dividend yield either.

Shares are up 9% since mid-March, but this is still a disappointment for one of the lowest-risk explorers in the market. It has a solid oil and natural gas mix, with a cost structure that’s lower than many oil exploration companies. Its recent focus has been on the prolific Permian Basin.

Concho’s various positions in multiple plays within the Permian also put Concho as a potential buyout target, where buyers are turning their focus to the major shale players. What’s more is that Concho has a large inventory of low-risk drilling locations that makes growing production relatively easy for the next several years.

Concho is one of the few players that’s actually upped its 2015 outlook, including production and costs. This oil producer expects to grow production by around 20% this year, all while lowering capital spending year-over-year.