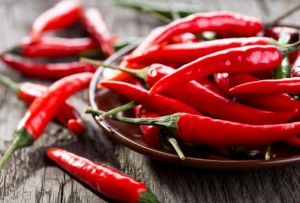 Chipotle is of course a restaurant growth stock sensation. It will also become the first national restaurant chain to stop using genetically modified organisms (GMOs). This change further differentiates Chipotle from other fast food restaurants, and could help grow the company’s already loyal customer base.

In the world of fast food, Chipotle is seen as the health food option. Despite the fact that its burritos can approach 1,000 calories, Chipotle has successfully marketed itself as providing high-quality, all-natural foods.

You may be wondering, “Why do GMOs matter?”

Well, there’s a growing movement in the U.S. to require labeling of GMO foods. Here in Vermont, our legislature passed a law that requires labeling of all genetically modified foods. The law also prohibits describing GMO foods as “natural.”

Of course, the food industry isn’t too happy about that. The Grocery Manufacturers Association argues that the Vermont law “imposes burdensome new speech requirements on food manufacturers and retailers.”

Different labeling for a small state like Vermont requires a lot of effort for food companies. Additionally, foods with the GMO label may not sell as well, since some consumers will prefer non-modified foods.

If Vermont’s GMO labeling law stands, it might encourage other states to pass similar legislation. So there is a lot at stake with the anti-GMO movement.

Chipotle, meanwhile, views GMOs as an important issue of consumers versus the food industry. By embracing GMO-free foods and removing them from its menu, the health-focused restaurant chain appeals to its base of customers. The company attracts a more affluent and urban consumer than other restaurant chains such as McDonald’s, Wendy’s (NASDAQ: WEN) and El Pollo Loco (NASDAQ: LOCO).

Additionally, the move will help attract new customers to Chipotle. The GMO-free menu further enhances the company’s efforts to brand itself as a healthy food choice.

Chipotle stock has been a top performer. In the last five years, the stock has gained 388%. That’s more than three times the performance of the S&P 500. After such an impressive showing, investors are wondering what’s next for Chipotle stock.

The Chipotle move on GMOs reminds me of a decision that CVS Health (NYSE: CVS) made last year. You’ll recall that in September, the drugstore chain announced that it would stop selling cigarettes at its 7,700 stores.

The decision cost CVS roughly $2 billion per year in sales. Yet discontinuing the sales sent a very clear message to customers. It told them that CVS was focused on its customers’ health ahead of profits.

The move hasn’t hurt CVS’s business. In fact, sales this year are expected to grow by nearly 8% and profits could jump 14%.

Since the February 2014 announcement to stop selling cigarettes, CVS shares have jumped 51%. Meanwhile, the S&P 500 is up just 19% during the same 14-month period.

The Chipotle and GMO food issue is certainly different than CVS and cigarettes. But looking back on CVS in the wake of its decision tells us that doing the right thing can be very profitable.

At Chipotle, using only GMO-free products will increase costs and could negatively impact profit margins. But I’d be willing to bet that the company makes up for any additional costs with higher sales growth.

Whenever I visit the Chipotle in South Burlington, Vt., the line stretches to the door. The same was true in Washington, D.C. when I stopped by the Capitol Hill location. Business is thriving at Chipotle, and GMO-free food should boost sales in the coming year. That should be good for Chipotle stock in the coming year.