While the shotgun approach may work for many asset classes, one must define whether an asset is in a bull or bear market before putting it to work. There is no question that the shotgun approach has worked well for gold miners (GDXJ) this year with gold (GLD) punching through key resistance at $1,365/oz. However, those employing this same strategy in the base metal space have been beaten to a pulp. While the Gold Juniors Index has put up a 25% return this year, the Copper Miners ETF (COPX) is down 11% year-to-date. This lackluster performance is despite incessant bullish articles highlighting the growing demand for copper. The ongoing China Trade War can certainly be blamed for beating the snot out of copper sentiment, but the best markets like the S&P-500 have shrugged off these constant tariff volleys. Given that copper is one of the worst-performing commodities thus far in 2019, I see the metal as an avoid, as well as the stocks. The bulls must defend support for copper at $2.54/lb on a monthly close, or the next support doesn’t come in until closer to the $2.20/lb level. 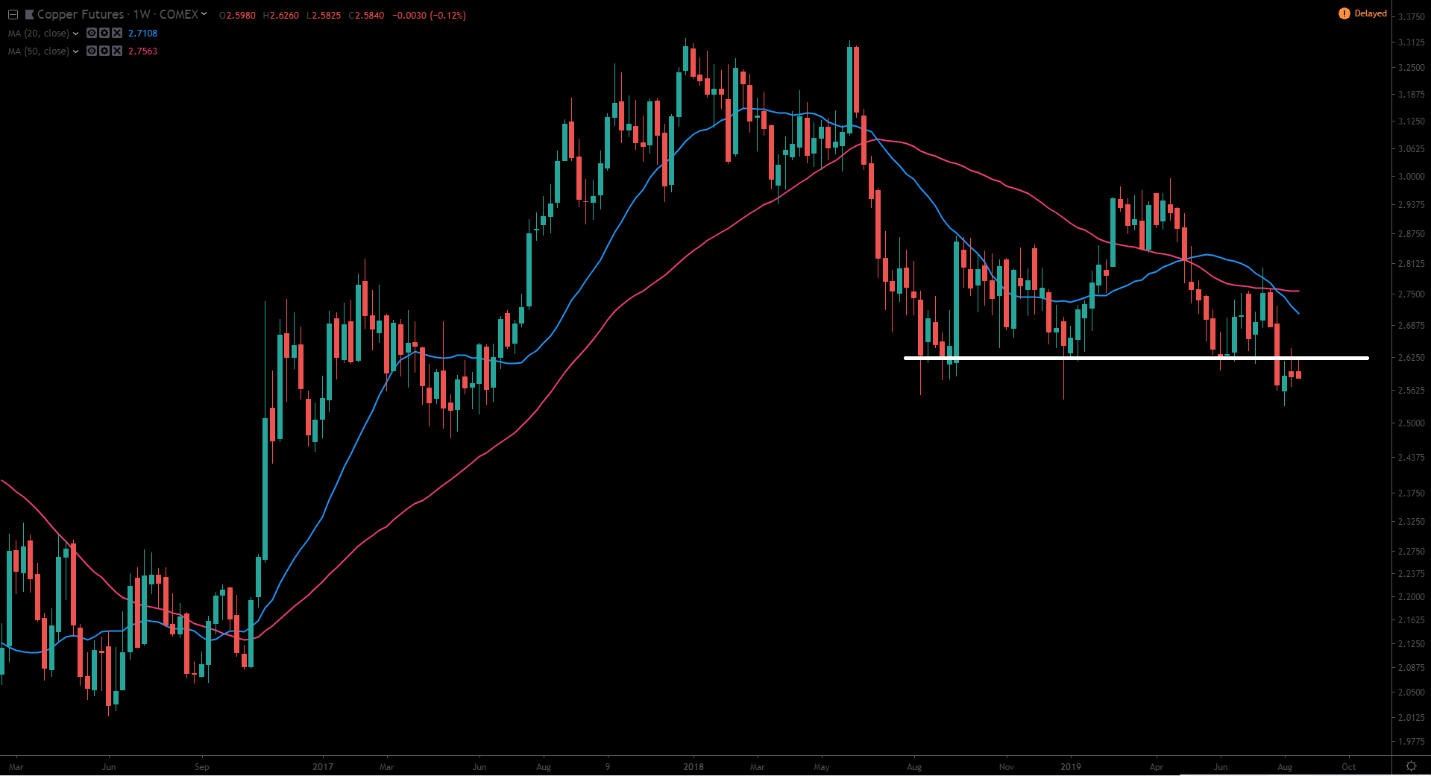 Many investors may be licking their chops at the prospect of picking up copper miners near 52-week lows, but fighting the dominant trend rarely pays off in the commodity space. We have seen this among the oil names this year, with some of the individual names already 35% below their December lows like Concho Resources (CXO). While there’s disputing that sentiment is terrible in the copper space with bullish sentiment hovering near 15% the past month, pessimism does not always guarantee a rebound. In fact, some of the most painful washouts come after a period of low sentiment as fear often begets more fear and turns into outright panic. The fact that copper has been unable to bounce despite being oversold and seeing bullish sentiment in the dumps is a minor red flag here. This does not guarantee that copper is going lower, but it certainly doesn’t bode well for the commodity either. Rather than bottom-fishing and hoping to catch a bottom in the copper miners, I see much more value in patiently waiting for gold miners to come back in their buy-zones. The reason for this is because the majority of gold miners are in uptrends, and the prevailing trend is up. I would much prefer to buy sharp pullbacks in uptrends where buyers are anxious to get in, vs. buy a dip in a downtrend where buyers are on strike and have thrown in the towel.  We can compare the two groups below:

As we can see from the primary copper miners, the majority of them have broken below significant support levels, or long-term uptrend lines dating back to 2016. Meanwhile, the gold majors like Barrick Gold (GOLD), Newmont Goldcorp (NEM) and others are busy breaking out to the upside of large bases. 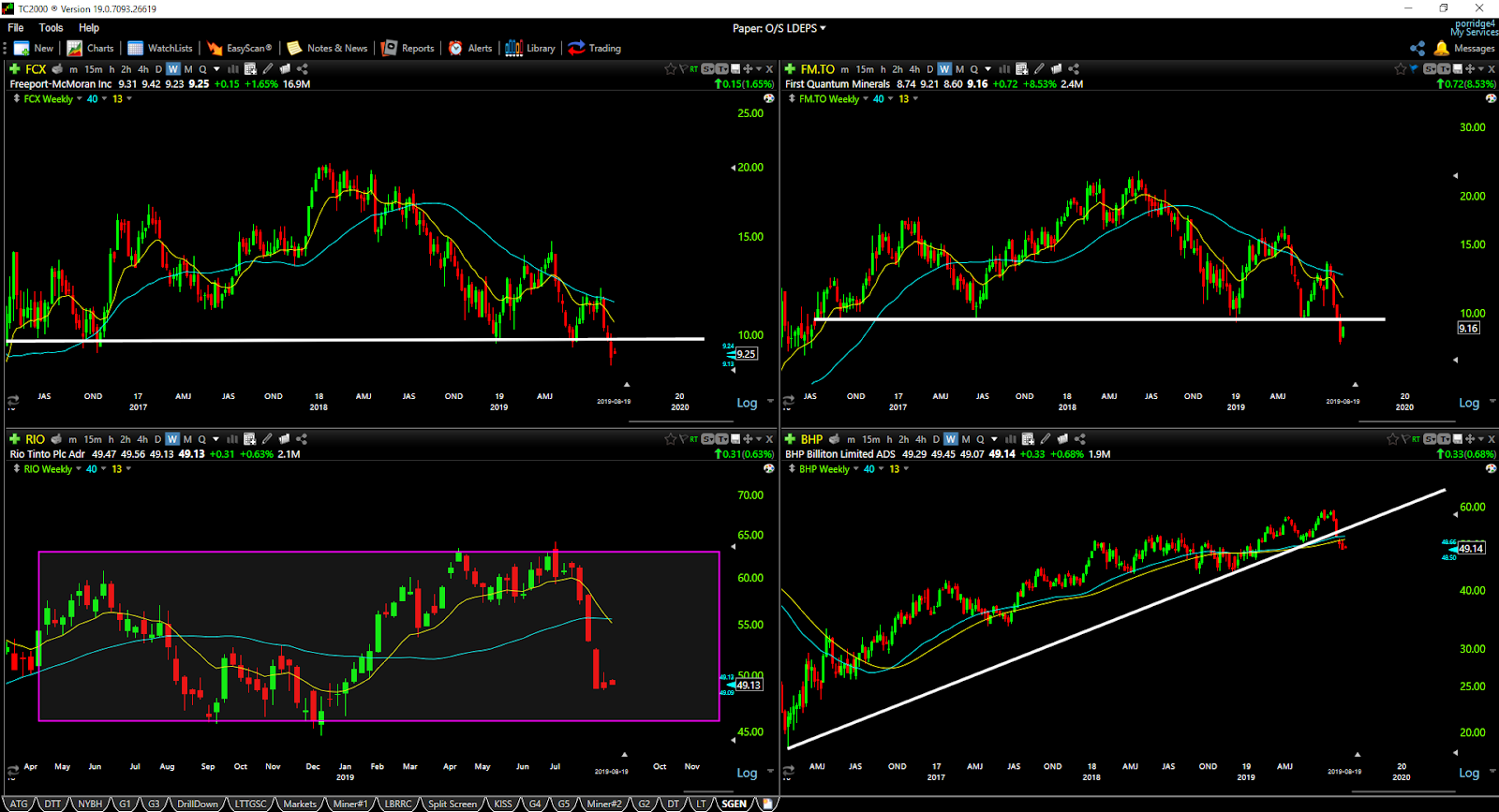 Buying cheap may feel comfortable from a human nature standpoint as everyone always like a sale, but buying cheap in the commodity space does not always reward shareholders. I believe the much better strategy is buying cheap after confirmed signs of a bottom, which is the opportunity we are seeing in the Gold Miners here. This is especially true if the group can pull back for a couple of weeks and shake out some weak hands. 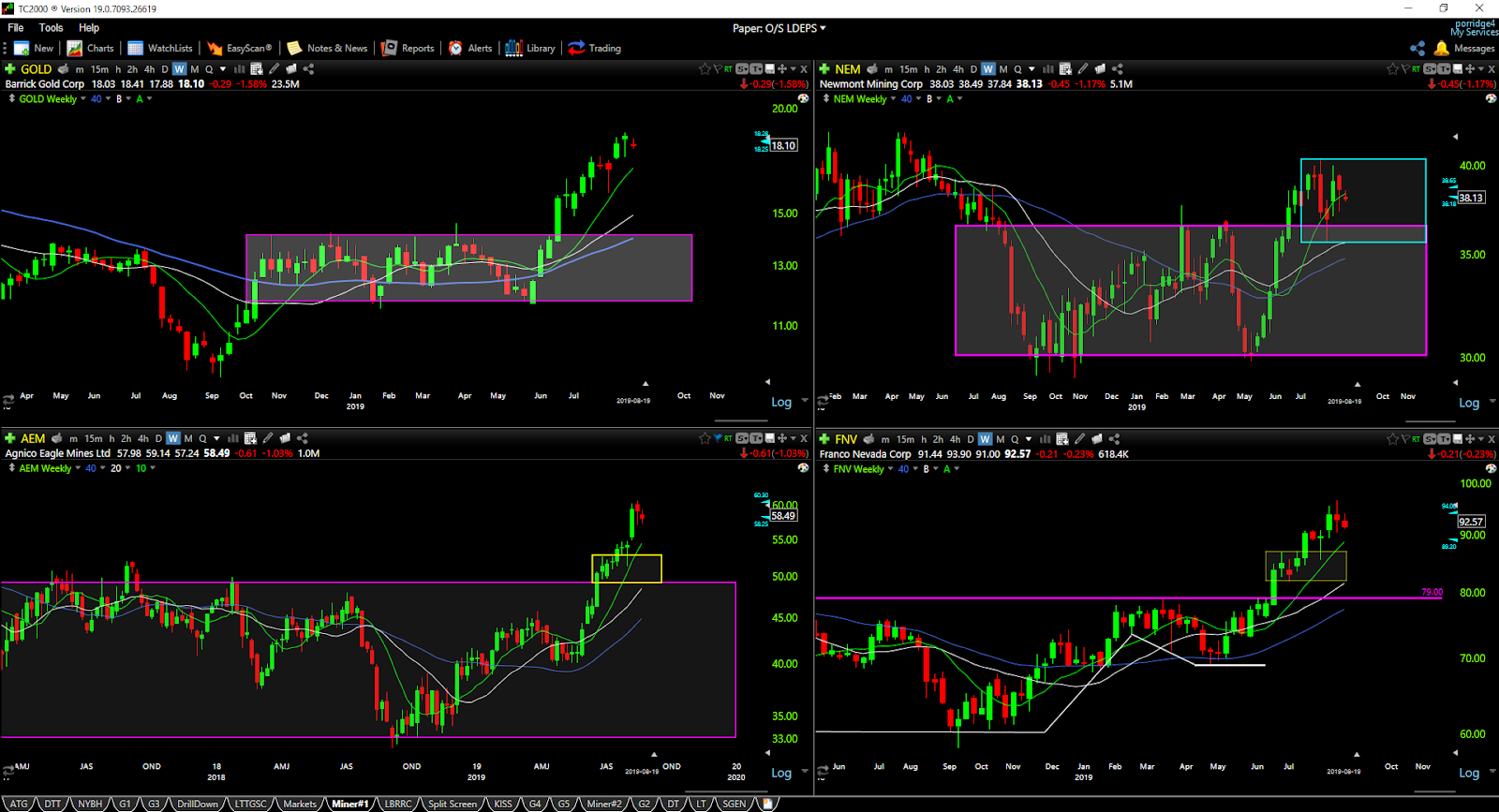 In summary, I see the copper miners as an avoid here, as well as copper. The goal is to be long the strongest markets during a mini-crisis like the China Trade War and avoid the weakest. Based on this, investors should be looking to buy the dips in the most liquid gold miners and staying far away from copper miners where even funds aren’t interested in doing any meaningful buying lately. As long as the copper bulls can defend $2.54 per pound on a monthly close, it’s possible the copper miners might be able to stabilize. A monthly close below this level, however, and the copper miners are likely to make a second leg down.

CPER currently has an ETF Daily News SMART Grade of C (Neutral), and is ranked #63 of 109 ETFs in the Commodity ETFs category.