If a new financial crisis had already begun, we would expect to see corporate debt defaults skyrocket, and that is precisely what is happening.  As you will see below, corporate defaults are currently at the highest level that we have seen since 2009.

A wave of bankruptcies is sweeping the energy industry, but it isn’t just the energy industry that is in trouble.  In fact, the average credit rating for U.S. corporations is now lower than it was at any point during the last recession.

This is yet another sign that we are in the early chapters of a major league economic crisis.  Yesterday I talked about how 23.2 percent of all Americans in their prime working years do not have a job right now, but today I am going to focus on the employers.

Big corporate giants all over America are in deep, deep financial trouble, and this is going to result in a tremendous wave of layoffs in the coming months. 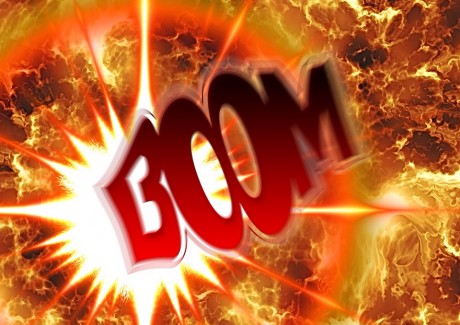 We should rejoice that U.S. stocks have rebounded a bit in the short-term, but the euphoria in the markets is not doing anything to stop the wave of corporate defaults that is starting to hit Wall Street like a freight train.  Zero Hedge is reporting that we have not seen this many corporate defaults since the extremely painful year of 2009…

While many were looking forward to the weekend in last week’s holiday-shortened week for some overdue downtime, the CEOs of five, mostly energy, companies had nothing but bad news for their employees and shareholders: they had no choice but to throw in the towel and file for bankruptcy.

And, as Bloomberg reports, with last week’s five defaults, the 2016 to date total is now 31, the highest since 2009 when there were 42 company defaults, according to Standard & Poor’s. Four of the defaults in the week ended March 23 were by U.S. issuers including UCI Holdings Ltd. and Peabody Energy Corp., the credit rating company said.

And by all indications, what we have seen so far is just the beginning.  According to Wolf Richter, the average rating on U.S. corporate debt is already lower than it was at any point during the last financial crisis…

Credit rating agencies, such as Standard & Poor’s, are not known for early warnings. They’re mired in conflicts of interest and reluctant to cut ratings for fear of losing clients. When they finally do warn, it’s late and it’s feeble, and the problem is already here and it’s big.

So Standard & Poor’s, via a report by S&P Capital IQ, just warned about US corporate borrowers’ average credit rating, which at “BB,” and thus in junk territory, hit a record low, even “below the average we recorded in the aftermath of the 2008-2009 credit crisis.”

What all of this tells us is that we are in the early stages of an absolutely epic financial meltdown.

Meanwhile, we continue to get more indications that the real economy is slowing down significantly.  According to the Atlanta Fed, U.S. GDP growth for the first quarter is now expected to come in at just 0.6 percent, and Moody’s Analytics is projecting a similar number…

According to the CNBC/Moody’s Analytics rapid update, economists now see the sluggish growth pace based on already reported data, down from 1.4 percent last week.

We are in the terminal phase of the greatest debt bubble the world has ever experienced.  For decades, the United States has been running up government debt, corporate debt and consumer debt.  Our trade deficits have been bigger than anything the world has ever seen before, and our massively inflated standard of living was funded by an ever increasing pile of IOUs.  I love how Doug Noland described this in his recent piece…

With U.S. officials turning their backs on financial excesses, Bubble Dynamics and unrelenting Current Account Deficits, I expected the world to lose its appetite for U.S. financial claims. After all, how long should the world be expected to trade real goods and services for endless U.S. IOUs?

As it turned out, rather than acting to discipline the profligate U.S. Credit system, the world acquiesced to Bubble Dynamics. No one was willing to be left behind. Along the way it was learned that large reserves of U.S. financial assets were integral to booming financial inflows and attendant domestic investment and growth. The U.S. has now run persistently large Current Account Deficits for going on 25 years.

Seemingly the entire globe is now trapped in a regime of unprecedented monetary and fiscal stimulus required to levitate a world with unmatched debt and economic imbalances. History has seen nothing comparable. And I would strongly argue that the consequences of Bubbles become much more problematic over time. The longer excesses persist the deeper the structural impairment.

As this bubble bursts, we are going to endure a period of adjustment unlike anything America has ever known before.