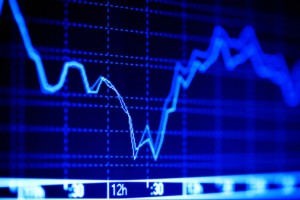 There is no shortage of alarmist headlines in the major media outlets when the stock market gets volatile. And one in particular jumped out at me, given my focus on growth and small-cap stocks.

I’m talking about the Russell 2000 “death cross” headlines. This event occurs when the index’s 50-day moving average (DMA) crosses below its 200 DMA. It’s rumored to be a sign that the broad market is in trouble since small caps, as a riskier asset, are often thought to be a leading indicator. If the Russell 2000 death cross occurs, then it’s time to ratchet back on stocks.

At least that’s the theory. But it’s total hogwash.

There is absolutely no reason for you to fear the Russell 2000 death cross. And in fact, it’s probably more likely that you should buy small caps when it happens, or at least soon afterward.

I’m not saying that the event doesn’t signal weakness in the market. Of course it does – that’s the nature of a falling 50DMA for the Russell. When it is going down, the index is going down. But beyond that relatively obvious point the crossing of the index’s 50DMA over the 200DMA to the downside is a non-event.

Sentiment Trader has put together 30 years of data on the Russell 2000 death cross. Its data shows that the signal has occurred 26 times in the last 30 years.

Had you shorted the Russell 2000 each time the death cross occurred and left the trade on until the signal reversed (which took 97 days, on average), you would have lost money 81% of the time.

Your average loss would have been 7%.

So forget about the Russell 2000 death cross. It doesn’t mean anything, and it sure doesn’t mean get out of small cap-stocks.

In this 10-year chart I’ve circled the last seven Russell 2000 death crosses (the one that just occurred is circled with blue).

In four of the last six cases investors would have been better off buying small-cap stocks in the weeks after the death cross occurred to take advantage of the dip (what happens after the most recent occurrence remains to be seen).

Had they done so, on average six months later they’d have a gain of 6.7%. And this average includes the horrible returns in the six months after the 2007 and 2008 occurrences, too.

In fact, going back over all 26 occurrences in the last 30 years shows that investors would have made money 69% of the time if they bought right after the death cross occurred and held for six months. The average return would have been 13.6%.

So forget about the Russell 2000 death cross. That is, unless you view it as a signal to buy small caps in the following weeks. More often than not, that’s a more profitable strategy then selling.