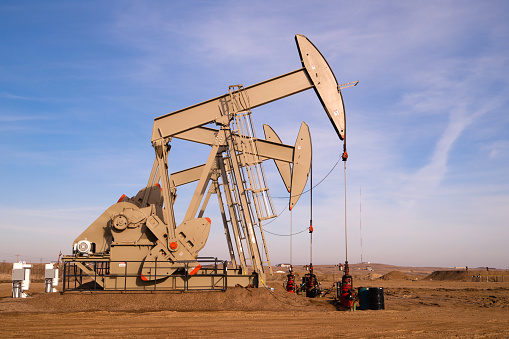 Every week oil and gas services company Baker Hughes (NYSE:BHI) updates its tally of the number of active oil and gas rigs in the United States.

As the oil crash continued, we started to see rig operators shutting down their sites one by one. The weekly Baker Hughes rig count is one of the best ways to monitor the progress of the decline. Baker Hughes itself notes that in a typical downturn in the oil market, we could expect to see a 40% to 60% decline in the number of active rigs.

The latest tally is up by five from the previous week, with 664 rigs active as of Friday.

Below is the latest rig count chart, as reported Friday by Baker Hughes via Business Insider. 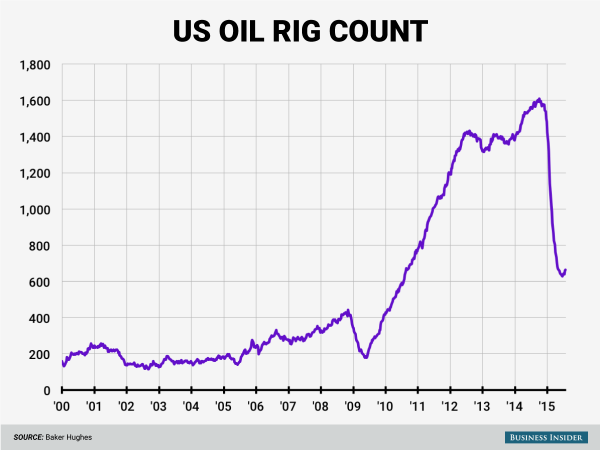 You can also see from the chart above that the peak in active rigs – reached in October 2014 – lagged behind the June 2014 peak in oil prices by about four months. You can also see that once the decline began, it accelerated quickly.

This trend continued until just recently, when we saw the first increase in the rig count after 25 straight weeks of declines.

Indeed, it makes sense that a rise in the number of active rigs would boost business for auxiliary services to the oil and gas industry.

The CEO of oil and gas services giant Schlumberger (NYSE:SLB), Paal Kibsgaard, commented in the company’s earnings release in mid-July that the rig count metric may begin to rise.

“We believe that the North American rig count may now be touching the bottom, and that a slow increase in both land drilling and completion activity could occur in the second half of the year,” Kibsgaard stated.

As tempting as it is to declare the end of the 25-week decline in the number of active rigs a victory for the oil and gas industry, there is still good reason for concern if you’re expecting oil prices to start rising soon.

First, Baker Hughes warned that the worst of the oil crash was not over when it declared earnings in July. The company also forecasted that the number of active rigs would remain largely unchanged for the rest of 2015.

When crude oil seemed to stabilize around $60 per barrel, Goldman Sachs suggested that it was a price level where oil and gas producers might again be comfortable beginning to invest in increased output.

However, since then crude oil has fallen well below $60 per barrel, with WTI crude oil trading below $48 per barrel. The six-month chart below illustrates this latest leg of the decline in oil prices. 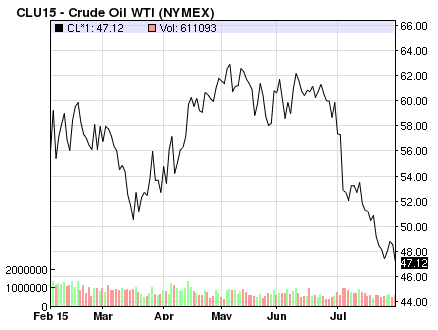 With all of this in mind, what can we make of 4-out-of-5 weeks of rig count increases in the face of such negative commentary?

My opinion is that the end of the sharp and constant decline in the rig count may not be the “all clear” signal that oil and gas industry investors have been looking for.

It remains to be seen how important a milestone the end of 25 straight weeks of declines in the number of active rigs will be. But it is a milestone nonetheless.