And given the strength in the North American markets, it’s nearly impossible to ignore the potential of a similar reaction in European equities from the European Central Bank’s (ECB) massive QE program. 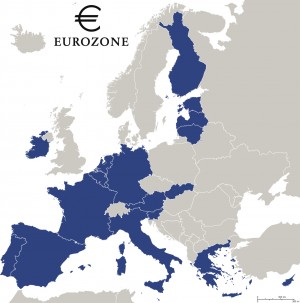 Launched in January, ECB President Mario Draghi’s program kicked off with an intent to buy over 1 trillion euros’ worth of assets. And while it’s far too early to make a conclusive call on whether or not this program is a good idea, early indications are that it appears to be working.

Reports out of the eurozone suggest that credit is easier to get, loan volumes are rising, lending rates are falling and financial flows into the area are on the rise. These all portend good things for modest gross domestic product growth in 2015.

In other words, this program could lift the eurozone out of the stagnant growth that has persisted since the Great Recession. And that means many European equities that already look undervalued based on conservative forward earnings estimates could be well-positioned for a sustained rally.

While there are a million ways we could slice and dice what’s going on in European economies and how this QE program may or may not impact the area, the bottom line is that European equities are getting a lift from the program.

Remember that when the Fed cut rates to below zero it essentially forced investors to move into equities in order to generate returns. It doesn’t take much imagination to foresee a similar reaction in the eurozone.

And if QE helps European companies generate sales, it’s also not hard to imagine a long cycle of rising earnings combined with analysts raising forward earnings estimates (provided, of course, that companies give enough evidence to suggest this is warranted).

There are a lot of ways investors can play this, but by far the easiest is with an ETF like the aforementioned iShares Europe ETF. This is a low-cost way to get exposure to European equities, given that many online brokers offer the ETF with no commission.

The iShares Europe ETF is an easy way to play the potential positive impact of the ECB’s QE policies on European stocks. It’s relatively cheap (expense ratio of 0.60%), and you can probably buy it with zero commission.