shrouded in mystery most of the time.

And sometimes the global elite appear to be doing things that, on the surface, do not seem to make much sense at all.

What is going on in Europe is a perfect example of this.  If everyone was negotiating honestly, I believe that a Greek debt deal would have been reached by now.

As this endless crisis has stretched on month after month, it has become increasingly apparent that more is going on here than meets the eye.

In particular, the IMF has been standing in the way of a deal time after time.

So what do IMF officials want?  Are they looking for the “unconditional surrender” of this new Greek government in order to send a message to other governments that would potentially defy them? 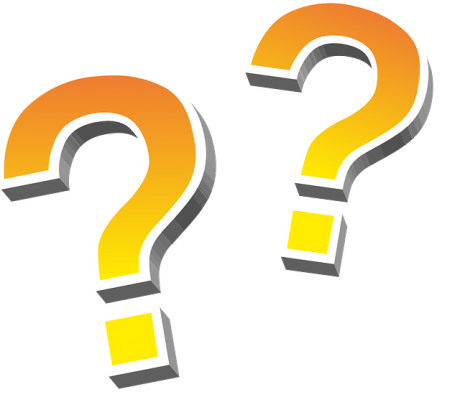 Or could it be possible that the IMF actually wants a Greek debt default for some other insidious reason?

When the latest Greek proposal was embraced with enthusiasm by EU officials, many hoped that this meant that the crisis would soon be resolved.  But it turns out that there is still one very important player that is not happy, and that is the IMF.  The following comes from the Wall Street Journal…

But the IMF is still unhappy with key aspects of Greece’s new economic proposals and German officials were irritated by the speed with which the commission welcomed them, warning that much work needs to be done.

Greece’s plan calls for reducing the deficits in its pension system and government budget by relying heavily on raising taxes and social-security contributions, whereas the IMF wanted bigger spending cuts.

The Washington-based IMF has said Greece’s economy is already too heavily taxed and that too many additional tax increases would hurt economic growth, making it harder to pay down Greece’s debt.

“It is still short of everything that should be expected,” IMF Managing Director Christine Lagarde said Monday, suggesting Greece will have to modify its proposals significantly to win the IMF’s backing.

So what would make the IMF “happy”?

Would anything short of total capitulation by the Greek government suffice?

Meanwhile, members of Syriza are expressing a high level of frustration with the compromises that Greek Prime Minister Alexis Tsipras has already agreed to.  At this point, there is even doubt whether the current Greek proposal could get through the Greek parliament.  The following comes from Bloomberg…

Greek Prime Minister Alexis Tsipras is facing the first signs of dissent within his own party over his latest plan to end a five-month standoff with creditors.

Some of Syriza’s more radical and populist lawmakers expressed opposition Tuesday to the proposal as the deal’s backers called on members to see the bigger picture.

“Personally, I cannot support such an agreement that is contrary to our election promises,” Dimitris Kodelas, a Syriza lawmaker associated with former Maoists, said in an interview. “I do not care about the consequences of my decision.”

Despite all of the optimism that we have seen this week, the odds of a Greek debt deal getting pushed through are looking slimmer by the day.

And even if a deal somehow miraculously happens, all it would really mean is that the can has been kicked down the road for a few more months…

Assuming Tsipras can force the deal through the Greek parliament, and that key creditors such as the IMF and Germany accept it too, it will do little more than buy time for negotiations on yet another rescue.

The final tranche of cash from the existing bailout should be enough to meet repayments due to the IMF and European Central Bank through the end of August. But the Greek government will then have to find more than two billion euros for both institutions in September and October.

“If this week concludes with agreement between Greece and its creditors, it won’t be long before the next chapter in this drama,” said Angus Campbell, senior analyst at FxPro.

And no matter what happens by the end of this month, it is a virtual certainty that the economic depression in Greece will just continue to deepen.

At this point, normal economic activity in the nation has pretty much ground to a halt.  Just consider the following excerpt from a recent Zero Hedge article…

“Business-to-business payments have almost been paused,” one Athens businessman says. “They are just rolling over postdated cheques.”

For Greek banks, mortgage loans left unserviced by strategic defaulters have become a particular headache, especially since the Syriza-led government says it is committed to protecting low-income homeowners from foreclosures on their properties

“There’s a real issue of moral hazard . . . Around 70 percent of restructured mortgage loans aren’t being serviced because people think foreclosures will only be applied to big villa owners,” one banker said.

For a long time, I have been warning that the next major economic crisis would begin in Europe before spreading across the entire globe.

Greece has a relatively small economy, but Italy, Spain and France are going down the exact same road that Greece has gone.

And what IMF officials are doing right now is that they are setting a precedent for future debt negotiations that they know are almost certainly coming with other countries in the future.

Sadly, most of my readers (being Americans) don’t really grasp the importance of what is going on over in Europe.  We are watching a horrific train wreck unfold in slow-motion, and what is going to happen over the next few weeks is going to have massive implications for the entire planet.