Jay Taylor: Earlier this week my colleague Chris Preston pointed to a recent spike in the number of initial public offerings.

Chris drew a parallel to the large number of internet company IPOs leading up to the collapse of dot-com bubble. Is this a sign that a stock market bubble is brewing?

Chris noted that the IPO-day price surges aren’t nearly as frenzied as they were during that period. “While the number of new IPOs is staggering, investor response to those IPOs isn’t nearly as out of whack as it was during the dot-com boom.”

But Chris notes that we’ll need to keep a close watch on the IPO market as a sign of a bubble.

Indeed, many of us here at Wyatt Investment Research have been paying close attention to the market in recent months for early signs of a stock market bubble.

Just yesterday I noticed another potential warning sign. The chart below illustrates my concerns. 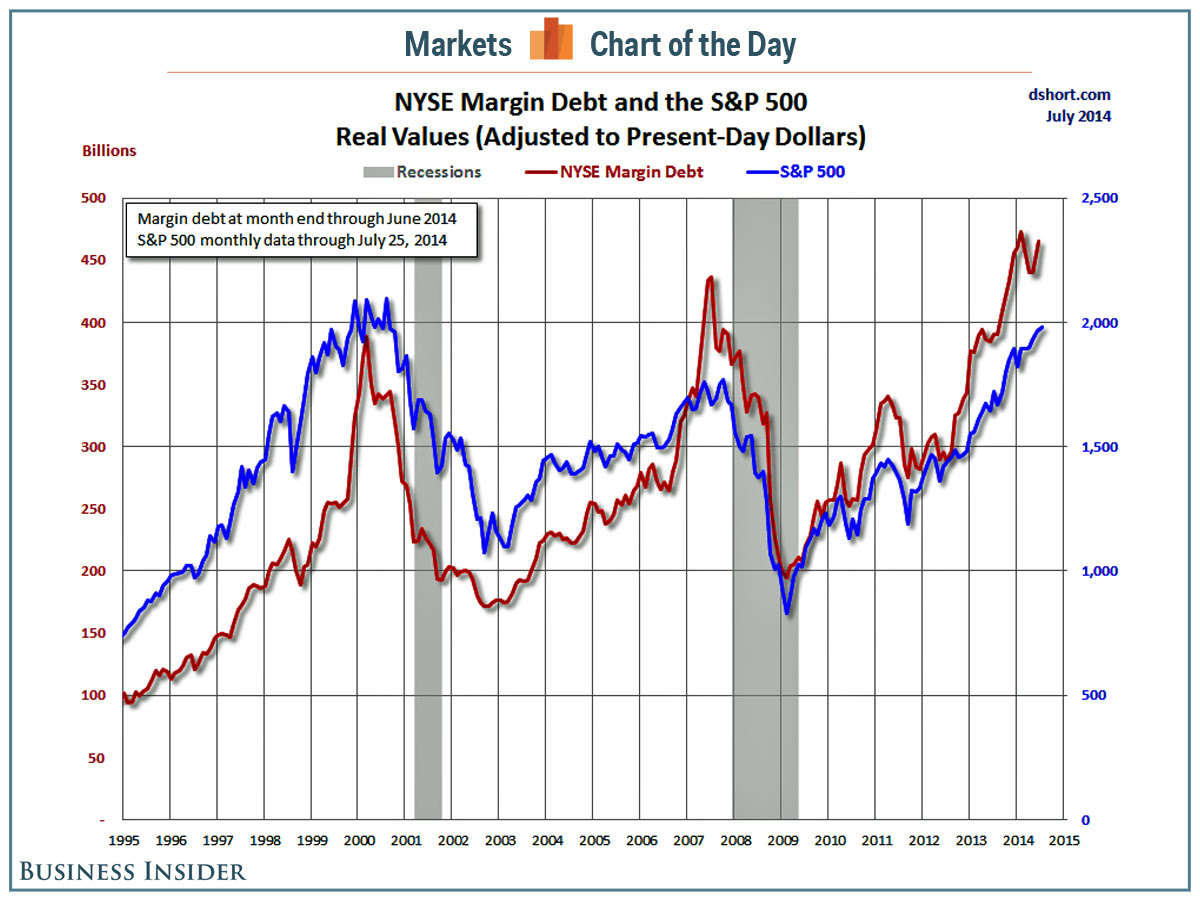 The chart shows the S&P 500 compared to margin debt, the volume of stocks purchased by investors using borrowed money. It last topped out in 2007 shortly before the financial crisis began, causing many to wonder if its current high levels are cause for concern.

Margin investors are required to maintain a certain amount of collateral to back up their margin loans. As the market begins to fall, investors can find themselves having to sell other assets in order to maintain enough collateral.

What this creates is a situation in which margin investors are forced to sell their investments even as they are falling in value. The indiscriminate selling can make the market fall even faster, leading to stock market crashes.

If you look at the chart above you can see clear visual evidence of this.