In simplest terms, we’re waiting for a breakout of these levels to trigger bullish… or bearish… trading strategies for the next market swing.

Let’s chart these simple levels and note what’s important to watch on the chart: 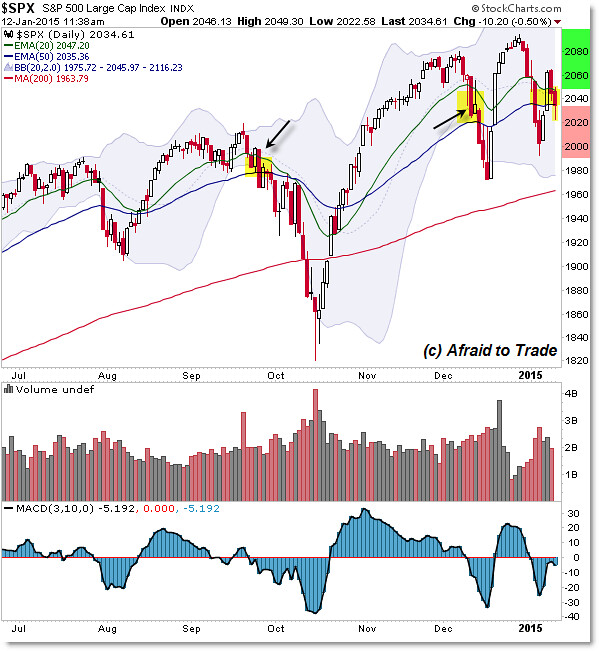 Let’s focus for now only on the 20 (green) and 50 (blue) day exponential moving averages (EMAs).

Right now we have an “EMA Compression” where price is trapped between the 20 and 50 EMAs.

I highlighted two prior events in 2014 where a similar situation occurred.

The main idea is that we’ll wait to trade the BREAKOUT from this level as a possible opportunity.

Right now, a clean breakdown and close under the 2,035 level suggests a third bearish (downward) outcome.

However, a bullish surge (breakout)cleanly above 2,050 could trigger another short-squeeze which extends the target toward 2,065 then the 2,080 level.