Marshall Hargrave:  Over the past few years, as the domestic market has soared some 250% off its lows, international markets have lagged, up “only” 150% from their lows.

One possible conclusion is that there is more upside to international markets as a whole. As such, investors may want to consider looking abroad in order to outperform. 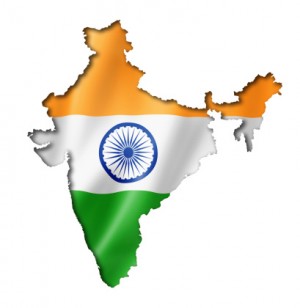 India has proven to be a dicey investment arena since 2011, as the world economy has limped along and Europe and Asia face their own struggles.

Last year, I met an international mutual fund manager. When it came to specific countries, she had two pieces of advice: Either buy an ETF for the diversification, or get to know specific companies very well.

The International Monetary Fund forecasts that India’s gross domestic product will grow by 7.2% in the current fiscal year (which ends at the end of March), and by 7.5% in the 2015-2016 fiscal year.

The U.S. can only look at those numbers and stare with envy.

Lower oil prices should help India’s GDP growth in the short term, but medium-term concerns linger. But policy reforms inside India are expected to improve the ease of doing business, and that may help with longer-term growth.

Ultimately, if you intend to outperform the broad market, you need to have some international exposure. Right now, India seems to be one place you can put some capital.

There are several India ETFs out there, so let’s take a look at the best choices to profit from India’s rising economy.

The first place to look is iShares MSCI India ETF (NASDAQ:INDA), a $3 billion fund that gives you exposure to 65 large- and mid-sized companies in India. It’s a relatively new index that returned 23% last year, and its top 10 holdings comprise 54% of total assets. That’s a bit higher than I’d like, but it’s acceptable, as is its 0.68% expense ratio.

With the Indian central bank making a second surprise rate cut, it suggests that consumer stocks may be the place to go. Combined with the GDP growth, you are probably in a good climate for a consumer ETF, like EGShares India Consumer ETF (NYSEARCA:INCO).

With the top 10 holdings also comprising 54% of assets, it’s not ideal. But again, it’s acceptable.

I’m not crazy about there only being 30 holdings, or the 0.89% expense ratio. However, there’s no doubting that sector funds generally outperform, so you are paying for that outperformance. EGShares India Consumer ETF is up 56% over the past year, versus the S&P 500’s 11% growth.