Kent Moors: While everybody is focused on oil, natural gas prices are moving in a very different direction.

As of Tuesday afternoon, natural gas prices at Henry Hub stood at $4.15 per 1,000 cubic feet (or million BTUs). Since last Thursday, the price of natural gas has jumped by 13.7%.

Located in Erath, La., Henry Hub serves as the official delivery location for futures contracts on the NYMEX. It serves the same function that Cushing, Okla., does for crude.

The week-long spike in price shows that natural gas doesn’t necessarily move in tandem with oil.

Now keep in mind that crude oil prices will be recovering. Despite what the “sky is falling” pundits are telling you, the long-term direction for crude is up. 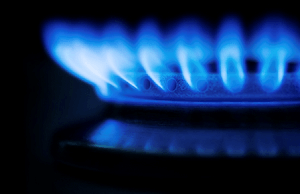 As for natural gas, the market is now cycling into a seasonal demand pattern that will send prices higher, assuming the winter is about the same as last year. Unusually early storms have already hit New England, boding well for those who suggest there is another cold winter on the way.

The important point to remember is this: The current increase in natural gas prices may be winter-related, but there are four other “super shifts” taking place that will buttress higher prices as we move into 2015. They include the use of natural gas in electricity generation, the petrochemical industry, liquefied natural gas (LNG) exports, and a new generation of fuel cell and battery applications.

Of course, the transition from coal to natural gas has been going on for some time now. And while there is a balance forming in several specific regions in the country where coal (even lower grade coal) has reached usage equilibrium with gas, the larger move to gas continues to gain momentum.

In fact, co-fueled generating plants used to refer to power stations that produced electricity from coal or gas. But for several sections of the country, that designation now means either gas or renewables like solar, wind, biomass, and even geothermal out west.

By 2020, at least one-third of the U.S. generating capacity derived from coal will have been retired since 2012. The vast majority of that will be switching over to natural gas.

To put this in perspective, this transition alone – ignoring any of the impact on coal from the intensifying Environmental Protection Agency standard increases – will eliminate almost twice the current natural gas storage surplus nationwide.