The company made a lot of announcements that day, including the introduction of Dr. Dre as an Apple employee following Apple’s purchase of Beats for $3 billion.

As rumored, Apple announced a new app called “Health.” However Apple made no mention of the long-rumored Apple iWatch. More on Apple’s new Health app and the Apple iWatch in a bit. 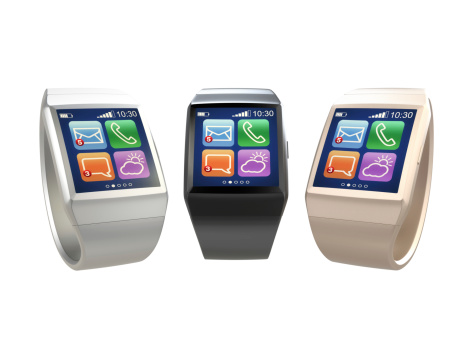 Here is a quick rundown of the major announcements that came out of this year’s WWDC.

Apple’s next generation operating system, dubbed ‘Yosemite,’ includes a lot of bells and whistles. But there were a few things conspicuously absent from Apple’s WWDC event.

I’m thinking specifically of the Apple iWatch we’ve heard about for years.

According to Apple’s website, its new Health app is “an entirely new way to use your health and fitness information.” The app aggregates heart rate, calories burned, blood sugar, cholesterol and other health metrics into one dashboard.

Health also enables users to create an emergency medical card that is accessible from the home screen, even if the phone is locked. Imagine that you’re unconscious and EMTs arrive on the scene. The idea is that with the Health app’s emergency medical card the EMTs can quickly access your emergency contact information, blood type, allergies, your doctor’s contact information, medications and even your existing medical conditions.

Take a look at the sample emergency medical card that Apple posted on its website. 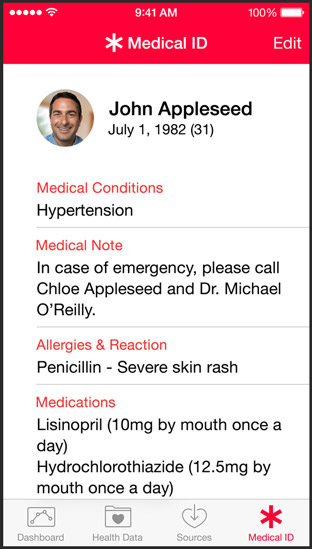 In short, Apple’s new Health app could save your life.

So what about the Apple iWatch?

For now there is no news. Apple is promoting its partnerships with both Nike (NYSE: NKE) and the Mayo Clinic but this is really nothing new. However considering that Apple has been hiring medical device professionals covering a wide array of health metrics, the future seems pretty certain.

Apple has created a terrific dashboard for you to view, analyze and understand your health information. Soon Apple will release a device capable of measuring all of the vital stats displayed by the Health app’s dashboard.

I have written a few times about the opportunity for Apple to improve the lives of millions of Americans who suffer from diabetes. But I don’t think I can state the importance of this point enough:

Apple’s Health app and iWatch will make life better for millions. And did I mention that it could save your life?

This isn’t about playing Angry Birds or keeping up on work e-mails. What Apple didn’t tell us on Monday is that its Health app sets the stage for the Apple iWatch. And not only will the Apple iWatch change the way we view our smartphones, it will make life easier for millions of Americans.