There never was going to be any deal.  All along, Germany has been seeking to establish conditions that would never be met so that they could force Greece out of the eurozone.  But the Germans had to do this subtly so that they would end up looking “reasonable” and would not turn the rest of the eurozone against them.

So why does Germany want to get rid of Greece?  Well, to be honest, it is because the Germans are sick and tired of paying for Greek mistakes.  In Germany, there is an obsession with having a balanced budget.  They even have a term for it – “the black zero“.

So it absolutely infuriates the Germans that the Greeks can never seem to get their act together and that German citizens have to keep paying for it.

At this point, the amount of money that Germany has already poured into Greece breaks down tomore than 700 euros per citizen, and now Greece is going to need a new bailout of somewhere between 82 billion and 86 billion euros over the next three years.

Needless to say, the Germans are fed up with pouring money down a financial black hole, and they know that if they keep bailing Greece out that it is only a matter of time before they will have to bail out Italy, Spain, Portugal, France, etc. 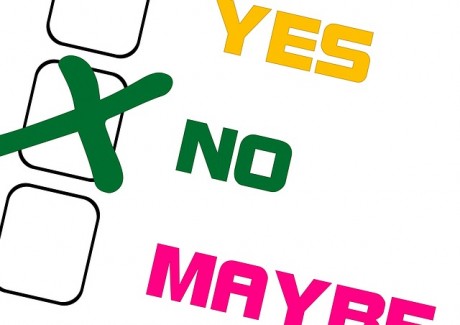 So, no, it hasn’t been the Greeks holding up a deal all this time.

It has been the Germans.

And now that we have reached the endgame, the Germans are pushing for what they have always wanted from the very beginning…

The German government has begun preparations for Greece to be ejected from the eurozone, as the European Union faces 24 hours to rescue the single currency project from the brink of collapse.

Finance ministers failed to break the deadlock with Greece over a new bail-out package, after nine hours of acrimonious talks as creditors accused Athens of destroying their trust…

Should no deal be forthcoming, the German government has made preparations to negotiate a temporary five-year euro exit, providing Greece with humanitarian aid while it makes the transition….

The Germans are sick and tired of having the Greeks be so financially dependent on them.  So the Germans would really like to cut them off and have them go fend for themselves.

So that is why the EU laid out such draconian conditions for the Greeks over the weekend.  The following is how Zero Hedge summarized where things currently stand…

For those who missed today’s festivities in Brussels, here is the 30,000 foot summary: Europe has given Greece a “choice”: hand over sovereignty to Europe or undergo a 5 year Grexit “time out”, which is a polite euphemism for get the hell out.

As noted earlier, here are the 12 conditions laid out as a result of the latest Eurogroup meeting, which are far more draconian than anything presented to Greece yet and which effectively require that Greece cede sovereignty to Europe, this time even without the implementation of a technocratic government.

Greece has been given until Wednesday to pass all of the legislation necessary to implement all of those conditions.

And if Greece does somehow get all that done, it still won’t get them a deal.  All it will do is allow them to come back and restart negotiations.

Needless to say, the Greeks are steaming mad at this point.  This new “deal” is being called “very bad” and “insulting” by Greek politicians.

But what they may not understand is that Germany does not actually want any deal to happen.  Instead, they are working very, very hard to get the Greeks booted out of the euro.  The following comes from the Washington Post…

The simple story is that Germany and the other hardline countries don’t trust Greece’s anti-austerity Syriza party to actually implement, well, austerity. And so rather than coughing up another 60 or 70 or 80 billion euros, they seem to want to push to kick Greece out of the common currency instead. That, at least, was the plan that leaked on Saturday. And now it’s part of the actual plan on Sunday. Indeed, it’s tentatively been included in the European finance ministers’ latest joint statement. This isn’t just what Germany is considering. It’s what Germany is trying to get the rest of Europe to go along with.

If anyone still doubts what the Germans are trying to do, here it is in black and white…

And this is not an idea that is new.  In fact, some hardliners in Germany have been pushing for a “temporary Greek exit” since at least 2012…

This weekend’s events in Europe have clarified who is really running the show across the ‘union’. Hans-Werner Sinn, Chairman of the Ifo Institute for Economic Research, vehemnt euroskeptic, and head of the so-called ‘five wise men’ advising the German government and specifically Angela Merkel, confirmed his call from 2012 for a “temporary grexit from the euro.” The right wing economist previously explained “Greece and Portugal have to become 30-40% less expensive to be competitive again. This is being attempted through excessive austerity measures within the euro zone, but it won’t work. It will drive these countries to the brink of civil war before it succeeds.Temporary exits would very quickly stabilize these countries, create new jobs and free the population from the yoke of the euro.”

The Germans absolutely hate having to open up their wallets for someone else’s mess.  And they know that if they endlessly bail out Greece that it won’t end there.