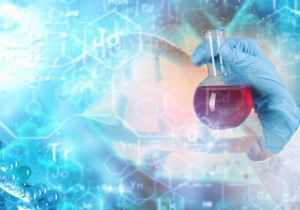 Gilead’s second-quarter earnings report was released Tuesday after the closing bell, and the results were quite strong.

The Gilead earnings report was a high-quality earnings beat, with revenue also surpassing analyst expectations by a wide margin Gilead generated $8.24 billion in revenue during the quarter, more than $600 million higher than the consensus forecast of $7.61 billion.

Gilead surpassed expectations in one more key area, an all-important metric that investors have watched closely in recent quarters. The company derives an outsized percentage of its profits from its two high-profile Hepatitis C treatments – Harvoni and Sovaldi.

How important are these two drugs to Gilead’s business? These two drugs accounted for nearly 60% of the company’s revenue in both of the first two quarters of 2015.

Considering how expensive these treatments can be and how important they are to Gilead’s earnings, mounting pressure from government payers like Medicare and Medicaid in the U.S. and government health-care programs abroad has raised fears that the company would be forced to discount the products in the future.

Though this remains an ongoing concern, Gilead shareholders can take comfort in the fact that both drugs turned in sales figures that surpassed analyst expectations.

The stock jumped higher in after-hours trading, up as much as 3.5% during the session. Such a move is particularly noteworthy when you consider that the stock had already risen 20% in 2015 prior to Tuesday afternoon’s earnings report and that the market may have already priced in an earnings beat – the company has beaten revenue expectations in each of the last eight quarters.

Considering that the S&P 500 index has only risen 1.7% during the same period, Gilead’s shareholders have been rewarded handsomely for sticking with the stock despite concerns over discounting of its Hepatitis C treatments.

Meanwhile, the company’s pipeline remains strong and the stock has actually traded at a discount to the even more red-hot biotechnology sector. Piper Jaffray analysts published a note to clients the Friday before Gilead’s Tuesday earnings report pointing out that the stock trades at roughly 11 times 2016 earnings, the lowest in its class.

The next few days should reveal whether the strong Gilead earnings report will be enough of a catalyst to drive the stock higher and close the gap between Gilead and its biotechnology peers.