a yield it has lost favor in that regard the last several years.

The interest rate cycle is also a negative for gold, and as the Fed starts hiking rates Gold usually needs other strong factors to overcome this headwind. The other headwind is that there currently isn`t a momentum trade, and since Wall Street often trades with a herd mentality, in the absence of a strong trend money just doesn`t get sucked into this trade.

Some of the bullish factors for gold are geo-political concerns, but this has mainly just provided short covering rallies so far this year, no strong bullish trend emerges after the short covering. Another will be if inflation starts ramping up, and inflation expectations start spiking ahead of the Fed`s ability to get in front of the inflation curve by being too deliberate on rate hikes.

If we start getting some insolvency issues in Europe once again Gold could start ramping based in Euros as investors try to hedge their European currency risk. There are physical buying bullish pressures as consumers generally like to own gold, and they especially feel like they are getting a bargain when prices sell off. Both for the gold bugs that envision an ultimate end to global fiat monetary systems where currency debasement runs its course in an extreme momentous collapse scenario, more moderate hedgers, and countries like India and China who traditionally favor gold on a cultural basis.

Consequently there are a lot of cross currents in the gold market, and so far in 2014 we haven`t really had the severity of ‘shark attacks’ in the market from the big banks like we saw in 2013. You know the kind where 3 banks all downgrade gold overnight, gold drops like a rock for 200 to 300 dollars, causing forced liquidations, and then once the short covering occurs gold goes right back to where it was originally trading before the shark attacks. This is a ‘shark attack’ and many markets experience them from time to time where a bunch of players gang up on a market to make money in the short term.

I do think for the near term gold investors should be worried about the downside, and I am talking about the futures market, (however, this still effects the physical market in the short term) as you saw some nervous exiting before the Jackson Hole speech, they just didn`t want the exposure before the event given the chance that Janet Yellen really signaled to financial markets in a strong manner to start exiting positions that were based upon 25 basis point borrowing.

Along these lines, as the biggest driver is probably going to be the upcoming rate hike cycle by the Federal Reserve in the US, and the Bank of England early next year with expected rate hikes, there are bound to be some hawkish interpretations made, and gold is going to get smacked around real hard sometime in the next three to six months.

Unless there is some counterbalancing force like inflation spiking well ahead of current market expectations around the 2% level, some of these hawkish market undercurrents with regard to monetary policy are going to play out in the gold market putting downward pressure on the commodity. Just how far it goes, and to what degree does bearish sentiment bring in players who don`t normally play in the gold market will determine how much of a sale price buyers get before they feel it is safe to come in and take advantage of lower prices for their beloved commodity.

What happened last year is that some buyers stepped in initially at a level they thought would hold, and the gold market took another leg down, and those forced liquidations provided a real buying opportunity for gold last year. But remember the Fed didn`t actually raise rates last year, what happens when there are actual rate hikes after seven years of easy money? We will probably follow up with an article on the technical levels to watch, but the bigger point right now is just to be aware of what is coming down the gold turnpike, there will definitely be some substantial ‘shark attacks’ over the next six months, and expect some downside pressure for the commodity. 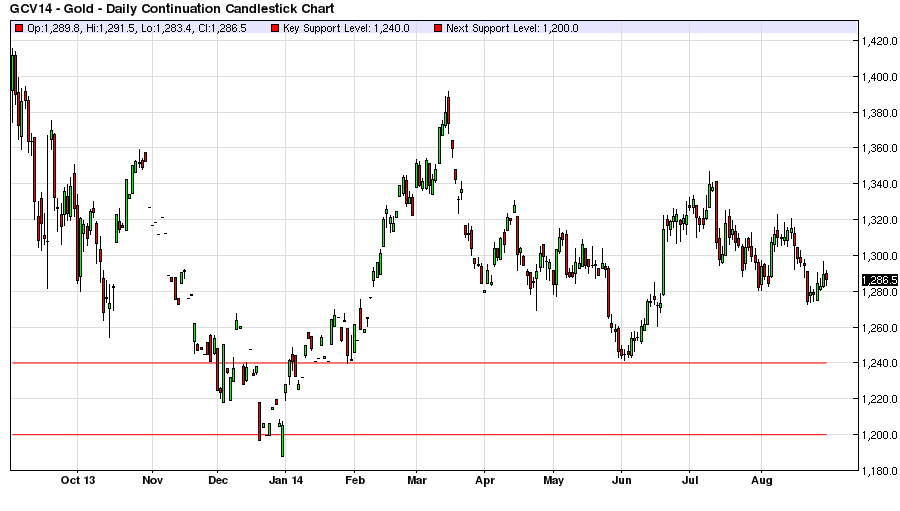 The feeling here is that the last six months will seem comatose to the volatility and strength of some of the moves in the gold market that are about to occur as key technical levels of support fail to hold. We not only expect these technical levels to get tested, we expect that the momentum during this period will be sufficient enough to break many key technical levels that have held so far this past year. Be selective and careful in playing the long side of the gold market in the near term as the primary catalysts and ultimate drivers are probably bearish in the near term, and gold bulls will be running against a severe headwind in the market!