The evidence argues that the mining stocks are now likely to retest their lows. Rather than that buying opportunity being days away, we now feel it is weeks away. Investors and speculators need to have more patience. In this missive we discuss why a retest is coming but why it could mark a final bottom and a tremendous buying opportunity.

The first reason I expect a retest is the current recovery has veered off historical course. At the current juncture three of the four similar recoveries (chart below) were at a new recovery high and the fourth closed at a new high next week. Simply put, last week was the turning point. This is confirmed by the stocks slicing through their 50-day moving averages rather than holding. 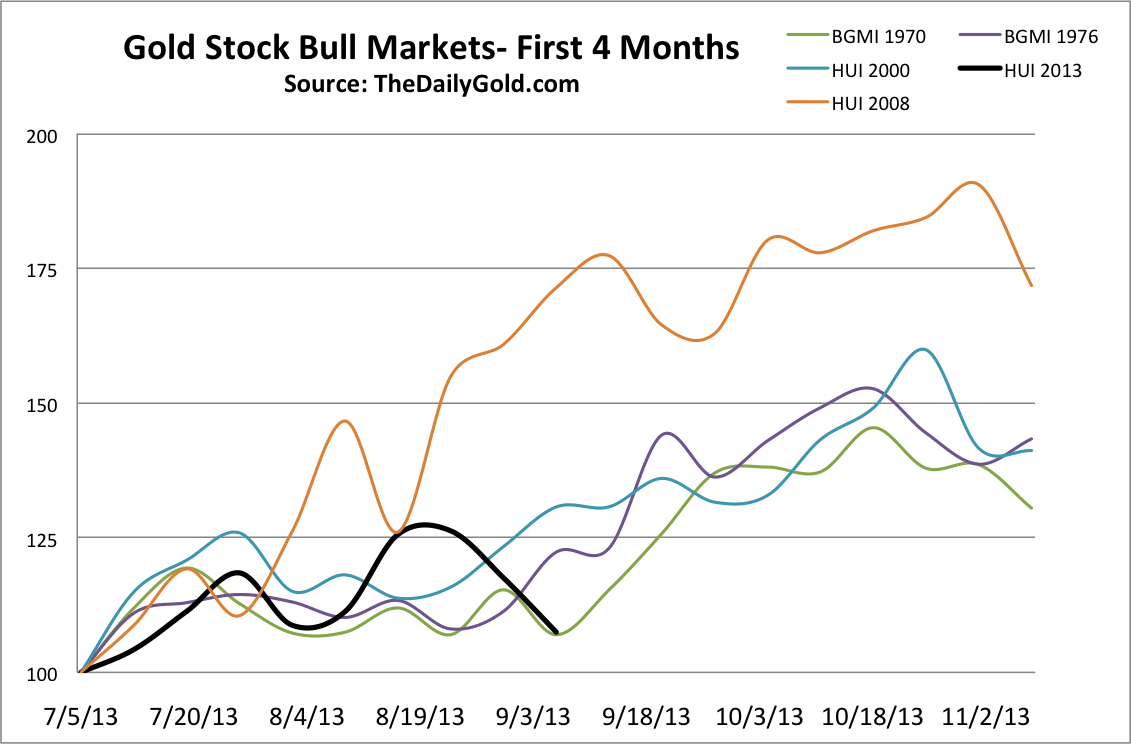 Second, the monthly chart has also veered off course. Until the end of August, the June to August pattern resembled that of the October to December pattern in 2008. However, gold stocks reversed course at the end of August and are down 9% this month. This is not the type of action you see following a major bottom. 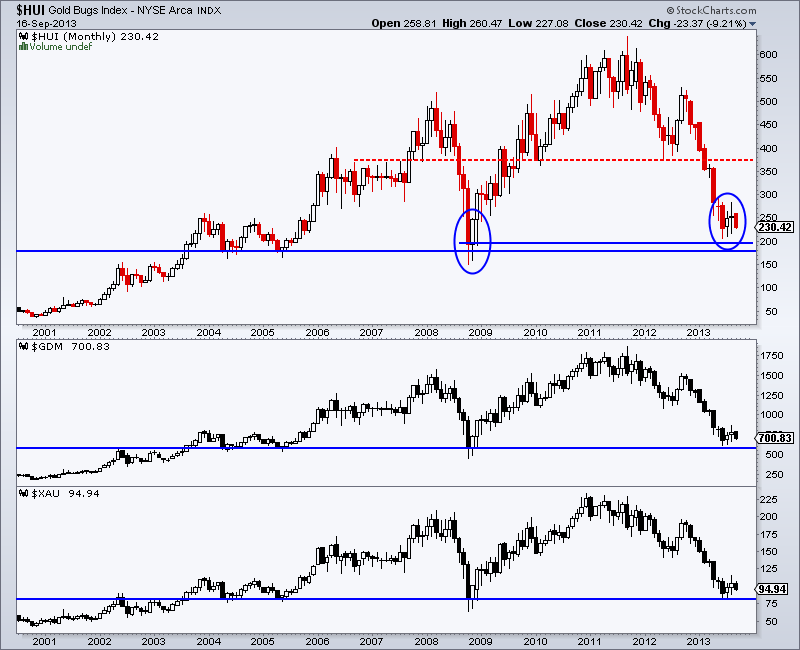 The third point is that I made an error in my last editorial. In 1976 Gold made a V shaped bottom because it declined for 18 months without any multi-month interruption. Sure, precious metals have been extremely oversold as the current bear market is two years old. However, I neglected the obvious fact that there was a huge reprieve in 2012. Gold rallied back to $1800 and many stocks reached new all-time highs. From this vantage point, precious metals have been very oversold for less than a year and thus not enough to produce a bottom without a retest.

Hours before the late June bottom I penned an editorial discussing why I felt a major bottom was imminent. Bearish sentiment was rampant. The gold stocks were nearing 9-year support. Moreover, the large caps had lost about two-thirds of their value. My historical analysis showed that only one bear market exceeded 70% and that was the cyclical bear which followed the end of the 1980 bubble and a 20-year bull market in gold stocks.

Furthermore, the gold stocks had a nearby Fibonacci target that aligned perfectly with the 2011 top, 2012 bottom and the start of the 2013 crash. That target is within 1% of the late June low. See the chart below. 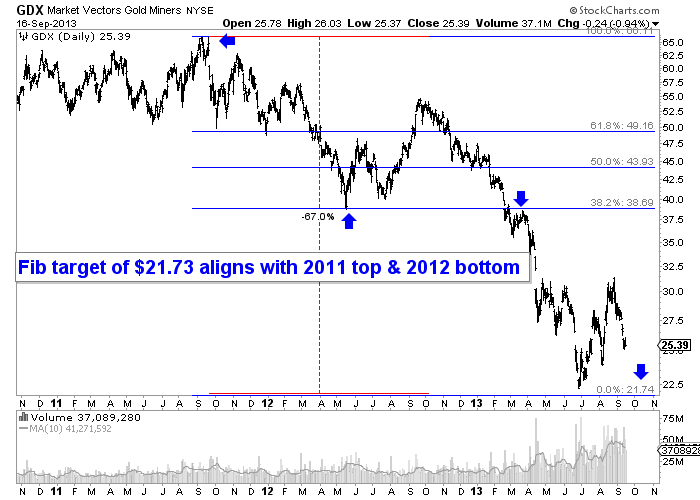 The points mentioned above don’t get thrown out the window just because the market has failed to breakout. They are still as valid as they were a few months ago. The fact that a retest is coming doesn’t invalidate those points.

Below is a sketch of how things could potentially play out over the coming months. I say potentially because no one can predict the future. We can analyze history, tendencies and probabilities to come up with a reasonable guess. Given the evidence, I find it reasonable that the sector is not going to breakout anytime soon. At the same time, I find it unreasonable to expect the equities (especially GDXJ and SIL) to make new lows. 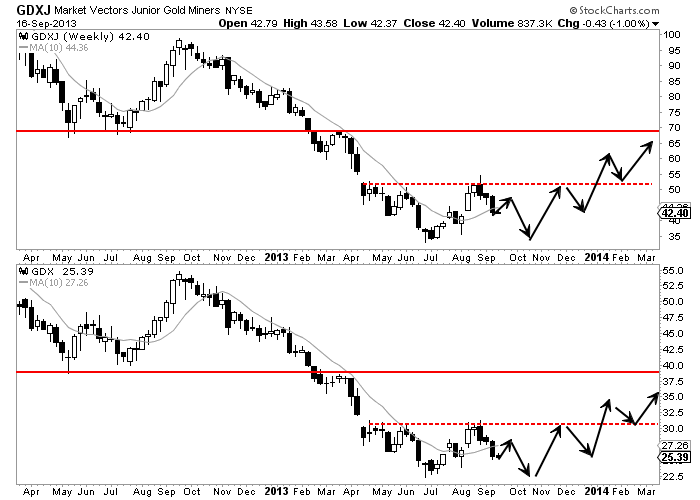 Near-term goals should be to make sure you are hedged if you are heavily long and to make sure you have some cash to take advantage of the final bottom which could occur in the next month or so. Note that the major bottom in 2000 occurred in November while the 2008 low came in late October. I guess the calendar is ripening for another major bottom. Of note is that GDXJ and SIL are in stronger shape than GDX. GDXJ declined 79% and recently rebounded 63%. SIL declined 65% and recently rebounded 55%. Those rebounds occurred in only two months! Just imagine the gains we could see after this retest. Readers are advised to watch closely and spot the companies which show the most strength during this retest.