From Advisor Perspectives: Friday morning’s release of the February New Home Sales from the Census Bureau came in at 618K, down 0.6% month-over-month from a revised 622K in January. The Investing.com forecast was for 623K.

Here is the opening from the report:

For a longer-term perspective, here is a snapshot of the data series, which is produced in conjunction with the Department of Housing and Urban Development. The data since January 1963 is available in the St. Louis Fed’s FRED repository here. We’ve included a six-month moving average to highlight the trend in this highly volatile series. 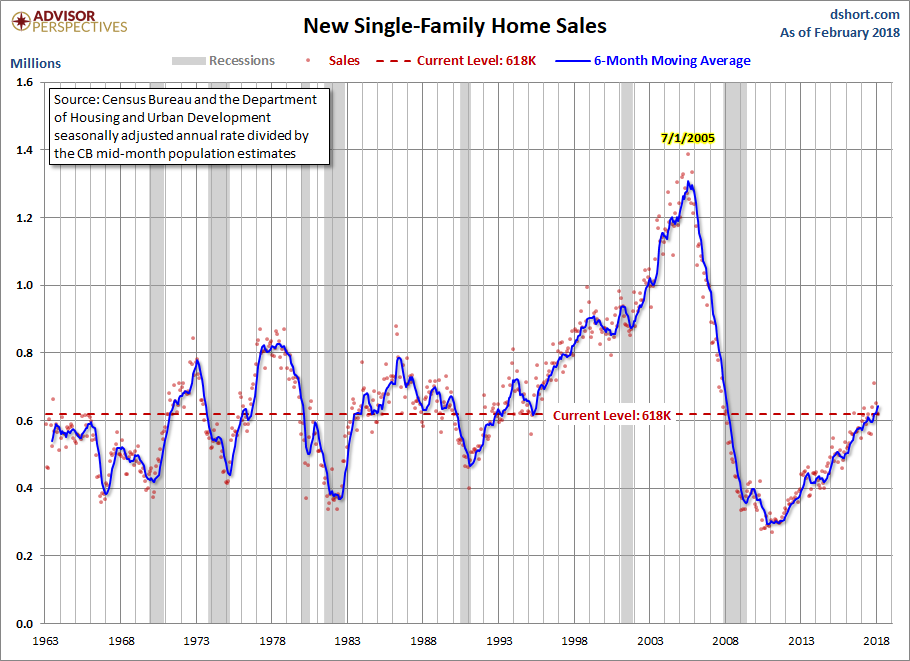 Over this time frame, we see the steady rise in new home sales following the 1990 recession and the acceleration in sales during the real estate bubble that peaked in 2005.

Now let’s examine the data with a simple population adjustment. The Census Bureau’s mid-month population estimates show a 74.1% increase in the US population since 1963. Here is a chart of new home sales as a percent of the population. 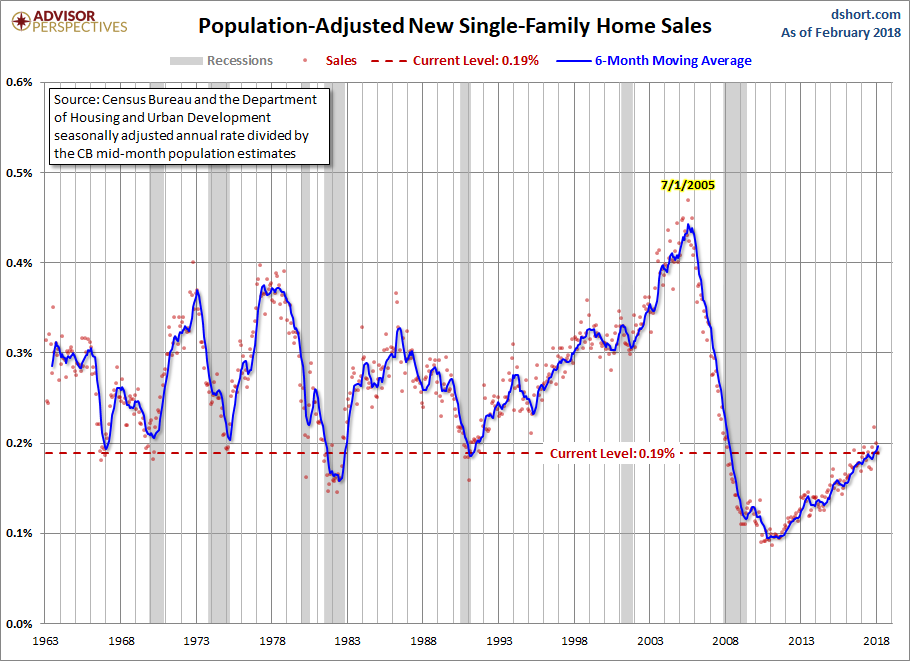 For another perspective, here is a chart of the median new home sale prices back to 1963, inflation adjusted. The data source is also the Census Bureau and can be found on the press release and website above. For inflation adjustment, we use the CPI-U, which is the Consumer Price Index for All Urban Consumers. We’ve included a 6-month moving average for this extremely volatile metric to give us a clearer sense of the trend. 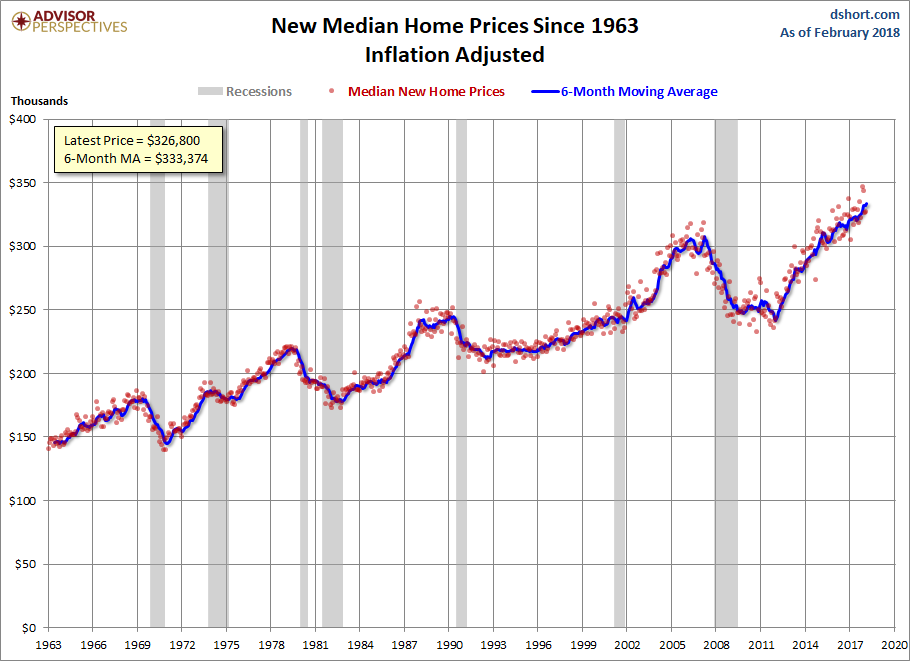 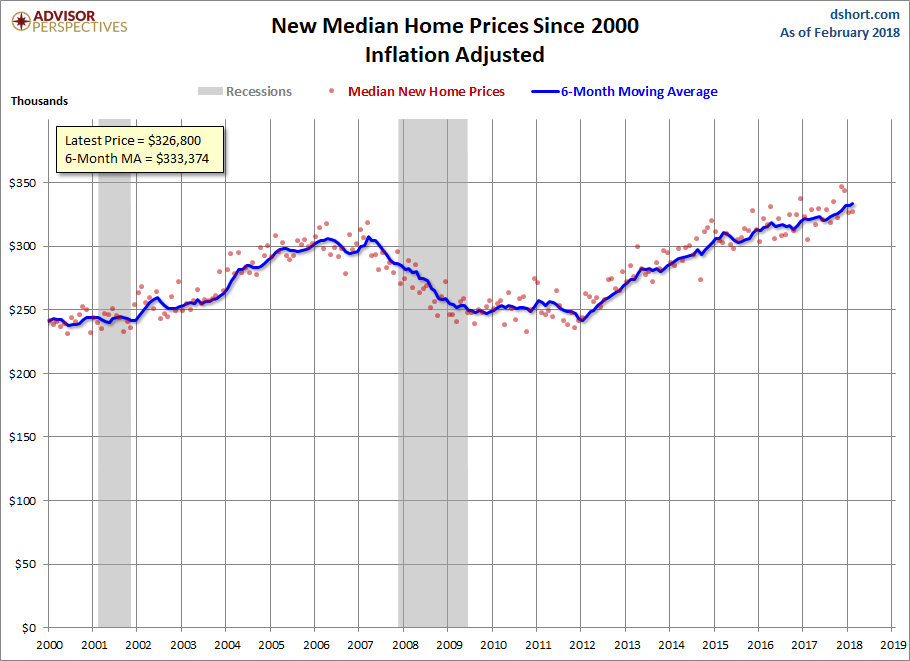 Our next release of New Home Sales will be on April 24.

For additional perspectives on residential real estate, here is the complete list of our monthly updates:

The iShares US Real Estate ETF (IYR) was unchanged in premarket trading Tuesday. Year-to-date, IYR has declined -8.88%, versus a -0.66% rise in the benchmark S&P 500 index during the same period.

IYR currently has an ETF Daily News SMART Grade of B (Buy), and is ranked #4 of 21 ETFs in the Real Estate ETFs category.