David Zeiler:  Instead of the healthy correction that many market watchers have been expecting, several hard-to-see cracks in the market infrastructure could instead give us a full-blown stock market crash in 2014.

A 317-point drop in the Dow Jones Industrial Average July 31 – as well as a 140-point drop Tuesday and 75-point fall yesterday – seemed to confirm that we’re on the verge of, if not in the middle of, a market correction.

Money Morning Capital Wave Strategist Shah Gilani is not surprised, as he has been predicting a 20% stock market correction for weeks.

To Gilani, the signs were clear to see. 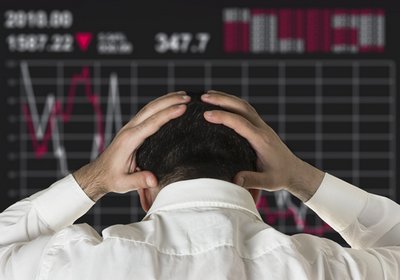 “Everybody sees the divergence between the market and the economy – the market was trading near its highs, while the economy hasn’t been doing nearly as well. That needs to correct at some point,” he said.

Among the reasons the markets have been out of synch with the economy are the Federal Reserve-engineered low interest rates that have kept borrowing incredibly cheap for such activities as paying out dividends and buying back stock.

The stock buybacks result in fewer shares, and have given the illusion that companies are delivering more earnings per share. And, as artificial as it may be, higher EPS numbers have played a big role in driving stock prices higher, Gilani said.

And as the Fed gradually has let the air out of the balloon of its bond-buying program (officially known as quantitative easing, or QE) – another factor that has propped up the markets – the psychology of an increasingly jittery market has started to shift.

“Any kind of existential threat to the market could trigger a large round of profit-taking,” Gilani warned. He said the Fed lacks the tools to act as market savior now that it has committed to ending QE.

Gilani, a former hedge fund manager who understands the mechanics of how Wall Street works, said there are problems with the structure of the markets themselves that could escalate an ordinary correction into a bigger market crash…

“Fundamentally, the markets are not sound because of the mechanisms that the markets are built upon these days,” Gilani said. “There are so many moving parts. And any number of these parts could end up seizing up.”

For example, he pointed to the parent company of Portugal’s Banco Espirito Santo SA, which touched off fresh fears about the health of the banking system after it missed some short-term debt payments.

“This is Portugal’s second-biggest lender,” Gilani said. “This happened even after all the stress tests. Where were the regulators? How could no one see this coming?”

He finds the episode disturbing because it comes so long after a 2008 financial crisis that was supposed to be in the rear view mirror, and because it may not be an isolated case.

“It could happen here,” Gilani said. “What is being hidden from us in terms of the health of our banks?”

Then there’s HFT – high-frequency trading, an issue that Gilani has been speaking out against for years.

High-frequency traders use computers to send out thousands of buy and sell orders each second to “feel out” the market and then execute only the fraction of those trades that will earn a profit for the HFT operator.

Gilani worries that the false liquidity the HFT operators provide would dry up in a major market correction and greatly amplify the plunge.

He recalled the “flash crash” of 2010 when the HFT operators shut down their computers when they sensed trouble, draining the markets of most of its liquidity and sending the Dow Jones Industrial Average down 1,000 points within minutes.

He’s also worried about something that one would not believe all that troublesome: Exchange-traded funds (ETFs).