In late August, we decided to anchor our boat out in a place called Indian Harbour, a wonderful “safe haven” for boaters that love northern Georgian Bay, in an effort to make the most of what has been an absolutely dreadful summer for most people in the east-central part of Canada and the U.S. This little harbour is protected by a small sliver of rock and trees that separates it from the ravages of the prevailing westerlies which whip across the prairies gathering momentum until they descent upon the largest contiguous consortment of freshwater lakes in the world (The Great Lakes) and gather moisture and volatility until they ultimately unload their liquid bounty into the most fertile farmland in North America which stretches from Detroit and Soo, Michigan, easterly to Kingston, Ontario.

The storms and winds that pound that little sliver of land are truly violent despite the fact that this past summer was arguably the worst one we have had in recent memory, with temperatures not reaching 30 C once between May and the end of August. 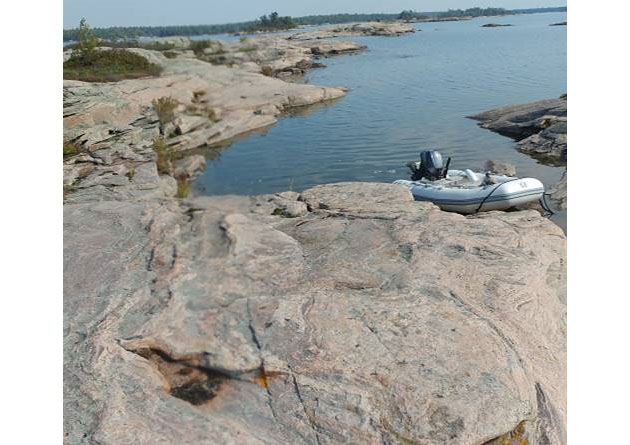 So, there we were in late August, anchored out in Indian Harbour in the hope that the weatherman would finally be wrong–that the temperature would actually NOT dip below 10 C (a tad under 50 F)–and that we might even be able to actually SWIM (which we love to do) as opposed to just do a “quick dip” that is usually reserved for May and early June. The morning after we arrived, I arose at around 6 a.m. (as always) and wandered into the upper part of the boat only to see the thermometer at 3 C. For those not familiar with the metric system, 0 C is “freezing.” Clad in a pair of sweatpants and a t-shirt, it was the coldest summer morning that I can EVER recall.

When we returned to the marina the following Sunday, we listened as many of our boater colleagues were packing up for the year, that is to say, they were emptying their boats and leaving instructions to remove their boats from the water for the season. That night, I made the remark to my partner that it is a statistical anomaly to endure a summer in east-central North America without at least ONE “heat wave” and that I would wager that before the end of September, we would get walloped with at least one serious affliction of Indian Summer. My neighbors all told me to “Dream on” and that Mother Nature is normally not that kind. They were all collectively “hauling their boats out” and as they say, “THAT is THAT.”

Well, the point of this long and very drawn-out story is that as I was driving into the marina last Thursday observing all those yachts up on blocks ready for winter storage, it was like watching the put-call ratio or the Commitment of Traders Report where the mass consensus tilts in one direction or another but where the consensus is ALWAYS wrong. Sure enough, since I returned from the Beaver Creek Annual Precious Metals Summit last Thursday, we have been blessed with the best weather of 2017 as temperatures have exceeded 30 C for the past three days with nary a cloud in the sky. In fact, it was so hot yesterday that my partner, a warm-water lover and a cold-water hater, was in what could only be classed as “cold water,” at least seven times, a record for her even at the best of times. Anchored in the safety of “consensus thinking,” boaters without a boat missed THE best boating weekend of the year; in late 2015, gold investors, anchored in the safety of “consensus thinking,” SOLD all of their positions due to the certainty of lower prices. BOTH were wrong. Dead wrong. 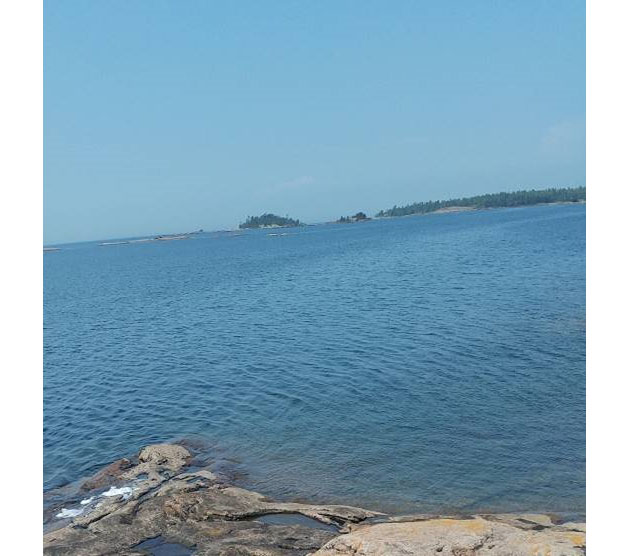 We are now at a crossroads of sorts as it would pertain to the global financial markets in the sense that “consensus thinking” has the masses all buyers of “paper” and sellers of “tangibles,” and given the performance of paper versus tangibles since the bottom in 2009, is there even a basis for debate? One could argue that gold has actually been a better bet since the turn of the century as shown by the chart below. 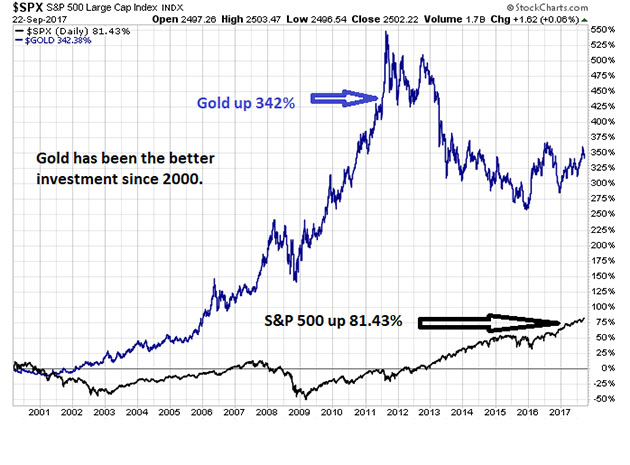 Alas, the chart posted below depicts a far more ominous outcome and a classic example of the dire impacts of institutionalized interventions that have all been “de-myth-ed” after years of denial. The aberrational nature of the interventions of April 2013 can only be described as consequential at least and life-changing at most. The interventions were not only highly anomalous, they were BRAZEN in their execution and designed as yet another tool in the behavioral economics war chest. Since then, stocks have massively outperformed gold and silver with nothing having changed since the U.S. elections in 2016. 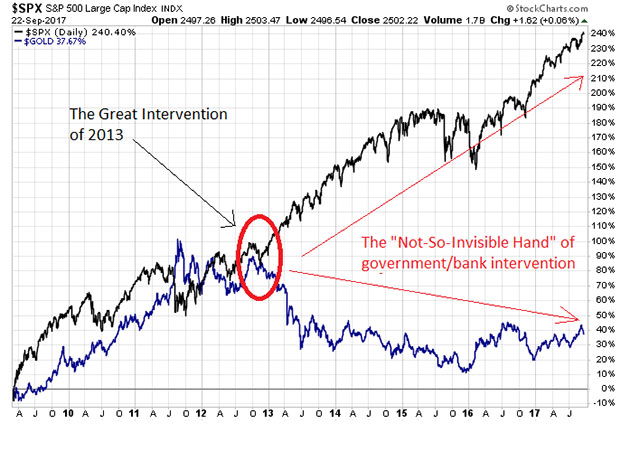 Why then should we, as investors, even try to think in a contrarian manner? What good has it done the precious metals enthusiasts since then? Why not just go out and buy a basket of S&P stocks and buy any and all dips right alongside the N.Y. Fed, Bank of Japan, and Swiss National Bank, and ride the wave to financial security?

I will tell you why. Just as dozens of my boater colleagues this past weekend were sitting in sweltering heat, kicking their collective backsides, damning the moment they decided to listen to the climatological consensus, so too will millions of investors find themselves on the wrong side of the consensus trade when the full implications of “balance sheet normalization” is finally recognized. The reason lies squarely within Newton’s Third Law, which is, “For every action, there is an equal and opposite reaction.” In 2008, the banking system was completely cooked; it was buckling under the crippling weight of too much debt. The crisis was TEMPORARILY averted by way of gargantuan purchases of toxic debt by primarily the U.S. Fed, but then quickly aped by central banks around the globe in what has now become an orgy of intervention whose magnitude is now 2.5 times the prior debt level of the 1990’s.

An $800 billion debt bomb ballooned to $2 trillion and now YOUR governments want you ALL to believe that the U.S. Fed can unwind $1,200 billion of purchases with zero “equal and opposite reaction”? How can that much paper be absorbed by the free market without representing the largest draining of “reserves” ever undertaken in the history of world finance? If the initial “action” was intended to inject life back into a mortally wounded toxic cesspool of impaired (if not dead) banks, is not the equal-and-opposite-reaction going to return the banks back to zombie-like status?

My point is that when it comes to all assumptions surrounding the stock, bond and precious metals markets, nobody is taking serious any element of causal damage brought on by the “quantitative TIGHTENING” associated with balance sheet normalization. Stock continue to go to record highs and bonds and precious metals continue to slump into the ecstasy of a rallying USD as the general consensus remains bullish on stocks and neutral-negative on tangible assets. My suspicion is that the stock-binge-buyers are going to be roasting in their backyards while gold and silver owners will soon be floating in the cool waters of a financial oasis as the veracity of Newton’s Third Law exerts itself upon the psyches and wallets of the consensus-following investing public.

As for gold and silver and my beloved miners, I have yet to replace the calls or any of the leveraged positions having exited back on Sept. 3 when RSI for silver topped 78 and gold topped 75. JNUG (Direxion Daily Junior Gold Miners Bull 3X ETF) and SIL (Global X Silver Miners ETF) saw 78 and 69, respectively, but the overwhelming assault by the Commercials leading up to the breakdown sent me racing to the sidelines (for all leveraged and option positions), profits having been squarely booked and average costs reduced. 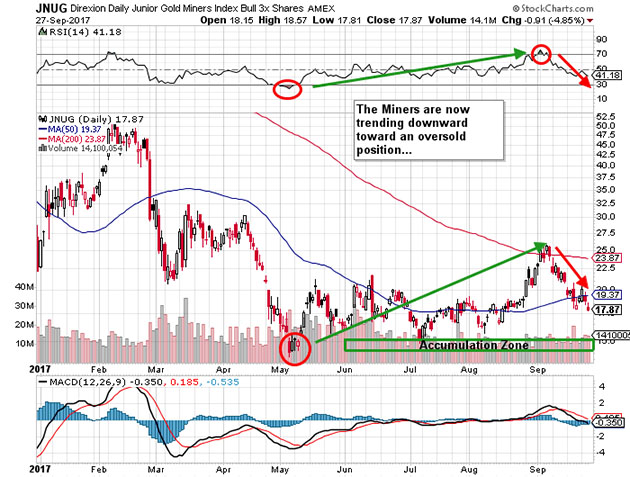 While I would love to be doing a Khruschevian shoe-pounding in favor of the precious metals tonight, alas, I fear that we have more to come in terms of pain and patience as the Commercials have yet to begin their orgiastic short-covering fire dance while those rocket-scientist Large Speculators have once again with impeccable incompetence been led to yet another pecuniary thrashing. Until these morons are forced by their “technical analyses” to regurgitate all of the gold and silver positions bought on the “breakouts” above $1,310 gold and $17.50 silver, the Commercials will simply slap them around like rented mules until open interest shrinks along with their aggregate short position.

Sir Isaac should be turning over in his grave.

GLD currently has an ETF Daily News SMART Grade of A (Strong Buy), and is ranked #1 of 36 ETFs in the Precious Metals ETFs category.