If however gold were to rally very quickly back above the $1331 level by the end of next week then we could entertain the idea of a short intermediate cycle and a final end to gold’s three-year bear market. This scenario would probably require that the stock market has put in a final bull market top, and as I noted at the beginning of this article, I’m not convinced that has happened just yet. I tend to think the moves in stocks and gold recently have been greatly influenced by the tensions in Ukraine. If conditions improve I would expect stocks to resume their trend higher and gold to continue down into a normal duration intermediate bottom in late May or early June. 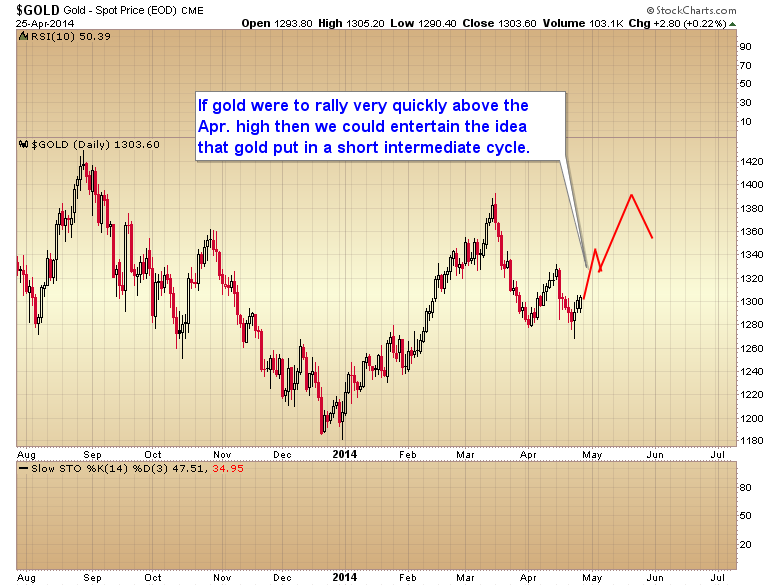 Over the next 1-2 months commodities should move down into that midyear correction in preparation for a very powerful move up during the second half of the year. Gold should follow the rest of the CRB index down into that yearly cycle low, but I will keep an eye on it over the next week or two as the situation in Eastern Europe may push gold into a divergent path from the rest of the commodity complex.