It’s been a little over seven weeks since we saw the highs in the Gold Juniors Index (GDXJ), and the expert technicians are now trotting out head and shoulders patterns calling for 15% more downside. These experts were nowhere to be seen two months ago, but have now shown up to get bearish after we’re already down 17% from the highs. This is consistent with how bottoms occur; when the experts show up to warn of significant downside after we’re already down 20%. As you’ll notice, it’s the exact opposite of what we saw two months ago, when the experts were calling for $2,000/oz while we sat at $1,500/oz. The bulls should welcome this with open arms, as we’re now approaching the time to begin picking up some mining names. 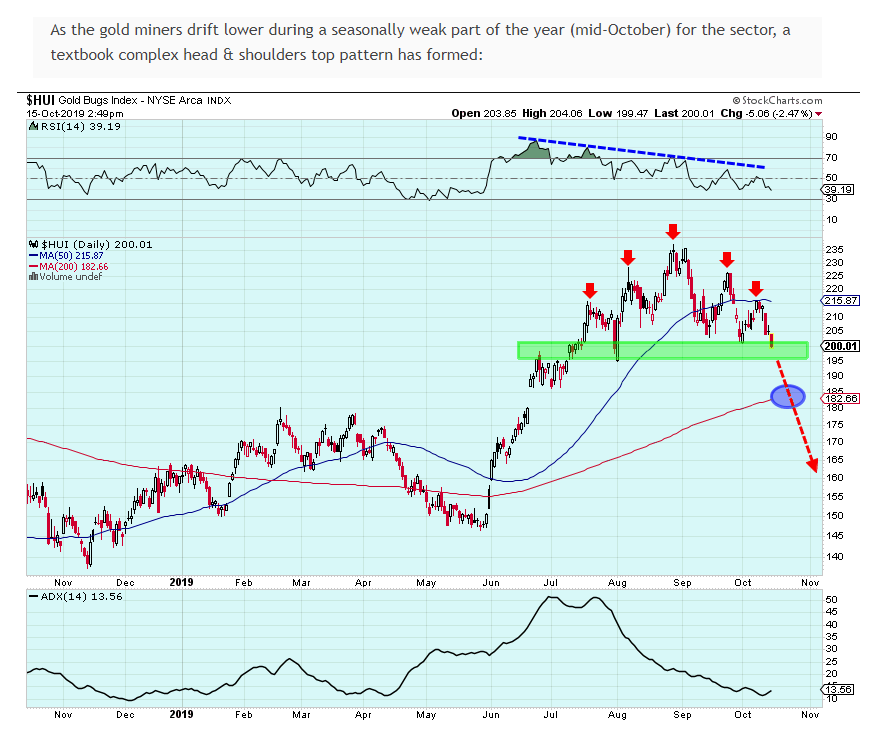 The Gold Juniors Index is now down 17% from its highs, and the bulls have gone silent, with the ones pounding the table in August nowhere to be seen. This is the perfect backdrop, and precisely what I was hoping might occur.  Nothing has changed over the past seven weeks, the long-term picture remains bullish, and the miners are much cheaper than they were on a valuation basis now. Unfortunately, the crowd tends to run in herds and gets the most excited when they shouldn’t, and the most despondent when it’s the worst time to.

Taking a look at the Gold Juniors Index below, we can see that the index has now made three lower lows since the highs. Not only has this burned the bulls who bought the top, but also the impatient bulls that purchased the initial low. This push to new lows on two occasions has likely soured the appetite of the bulls, and also stopped out those that bought near the highs. When traders are panic selling because they were silly enough to be panic buying after a 50% rally, it’s best to take advantage. Last I checked, nothing has changed with the Fed, rate cuts are still on the table if bad data continues, and we are now below the levels where the Fed cut in July. Fed Chair Jerome Powell has proven that he will not be on the hook for a market crash, as evidenced by his policy flip in January. This is a long-term tailwind for gold and miners, as bad data will spur further dovishness. 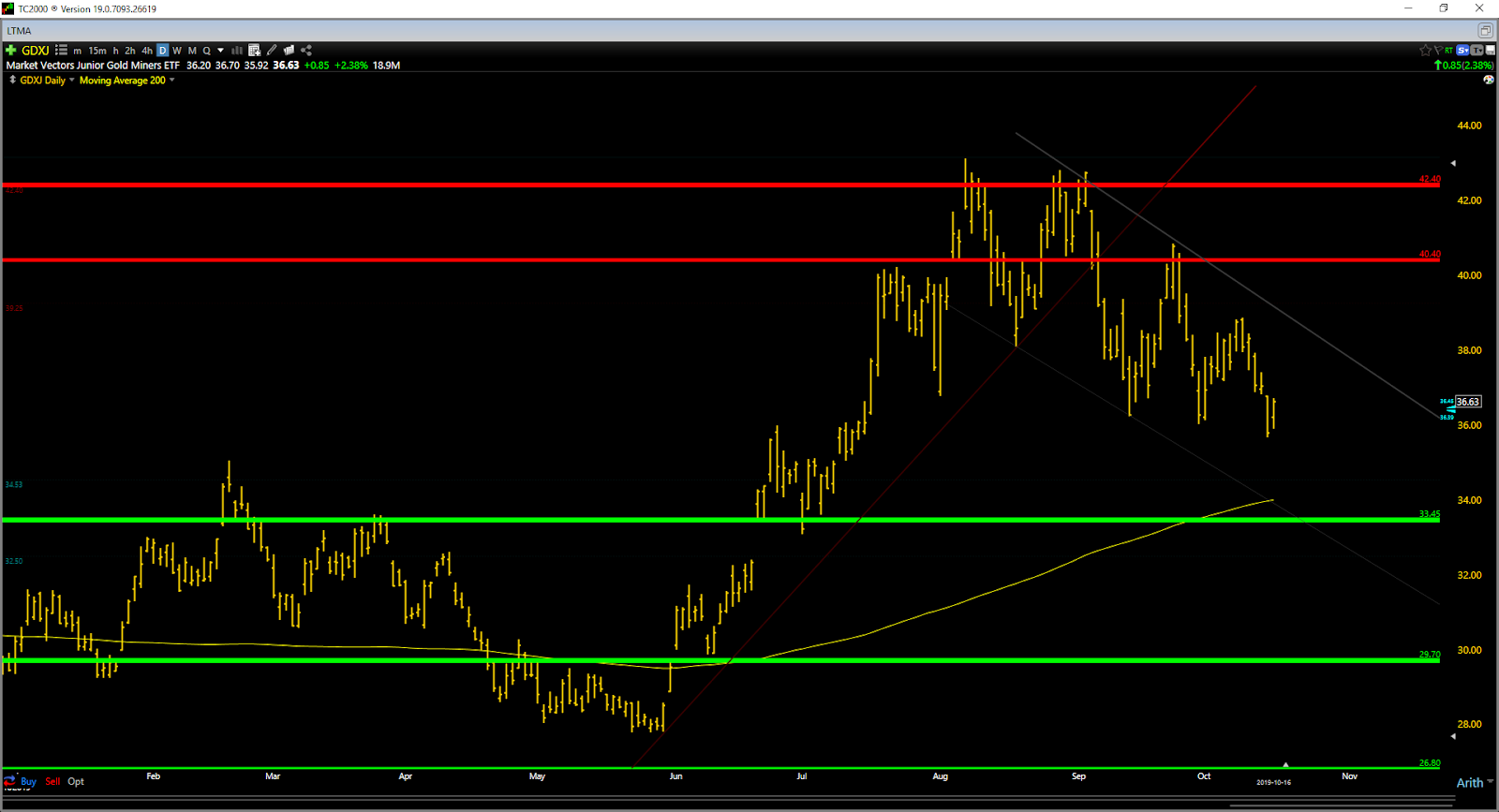 While short-term resistance remains in place at $40.40, we are now in the bottom 1/3 of the new range, which is $33.45 to $42.40. A move above $40.40 would end the current correction, and a drop towards the $33.45 level would be an opportunity for investors to get aggressive in miners. Based on the fact that we’re sitting near $34.00, this is an opportunity to begin nibbling on miners. I would embrace further weakness, and I plan to add some new positions if we do see a drop over the following week. Sure, the head and shoulders chatter could play out, I’mI’m less inclined to pay any attention to a pattern that everyone is watching. The best time to buy is when everyone’s offside and thinking the opposite, and that point has finally nearly arrived. In summary, I am doing some incremental buying, and I believe that further weakness would be a buying opportunity. As long as the bulls defend $33.45 on a weekly close, this is a normal shake-out.

GDXJ currently has an ETF Daily News SMART Grade of C (Neutral), and is ranked #10 of 33 ETFs in the Precious Metals ETFs category.