While the price of gold (GLD) has pulled back a reasonable amount from its August highs, the Gold Miners Index (GDX) has seen the brunt of the drop. The index fell 15% from its highs put in at $31.00 just three weeks ago, with many individual miners down over 20%. While we have not completed capitulated sentiment in the sector like we saw last August, we have put a decent dent in it from where we sat four weeks ago. I believe the worst of this correction is over, and believe that any further weakness is an opportunity to start positions in miners. I took advantage of the selling and adding a couple of positions in miners on Monday, but would add more names on any further sell-off. 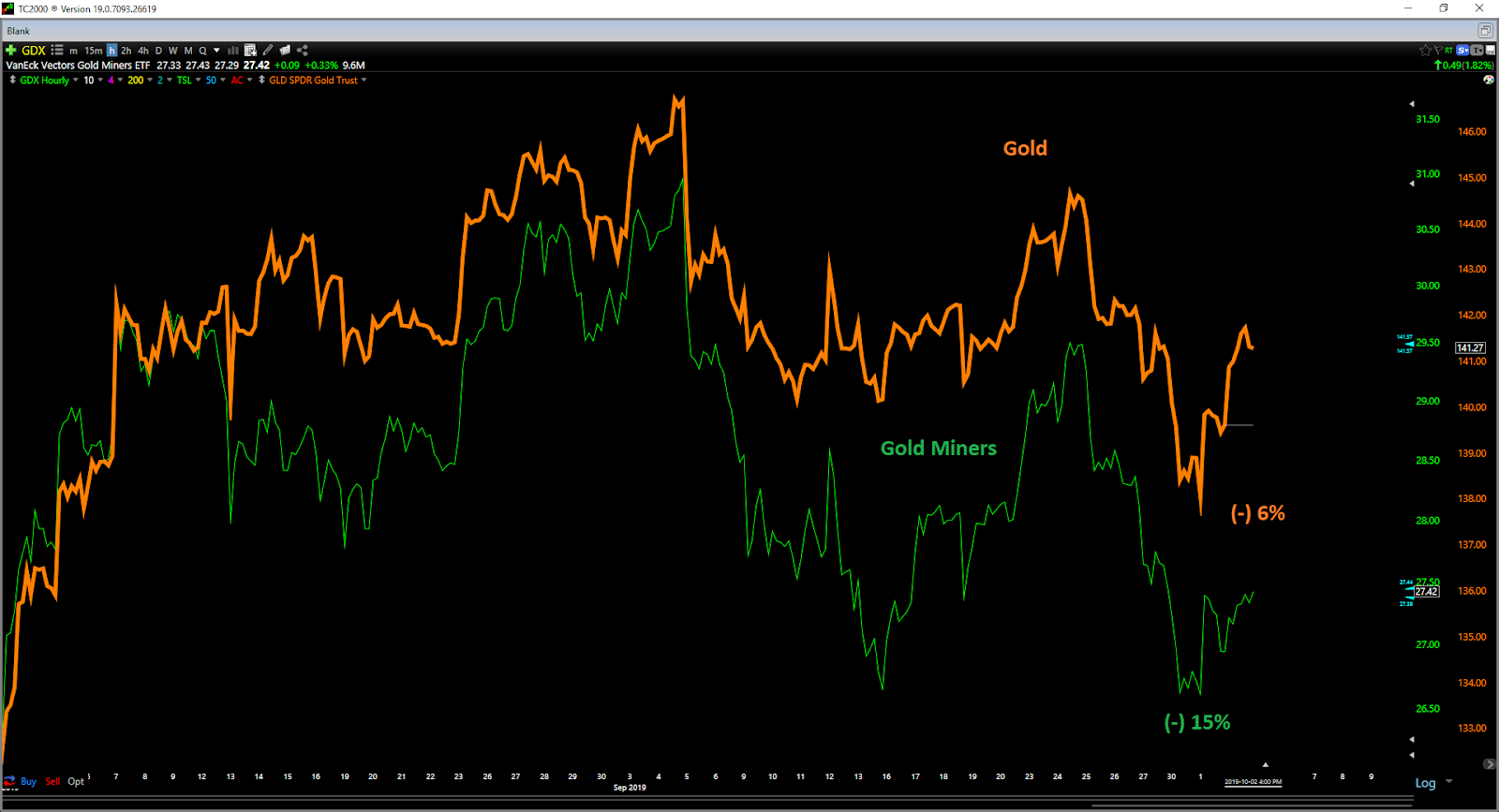 It’s been an exciting week in the metals complex, with a 15%-off sale showing up in the Gold Miners Index. It’s rare to get corrections of this magnitude during a bull market, but they often come once a visible pattern of shallow dips being bought has been established. This is what we saw the past three months, as every single 7% drop in the Gold Miners Index was immediately bought up. Once this pattern becomes noticeable, and investors are sick of missing dips by waiting for a larger correction, the real correction often shows up. This correction provided investors with an excellent opportunity to buy the dip Monday and Tuesday, with the index down nearly 15% from its highs. As I mentioned in previous articles, 15% corrections are simply violent shakeouts and are entirely reasonable within the context of a young bull market. It is during the first couple of years of a bull market that the shakeouts are often the most violent. This is because it’s when big money wants to steal shares so that they can ride those positions much higher. While the best opportunity to buy has passed, I would view any further pullbacks below $27.00 as an opportunity to add to positions. Let’s take a look at the charts below: 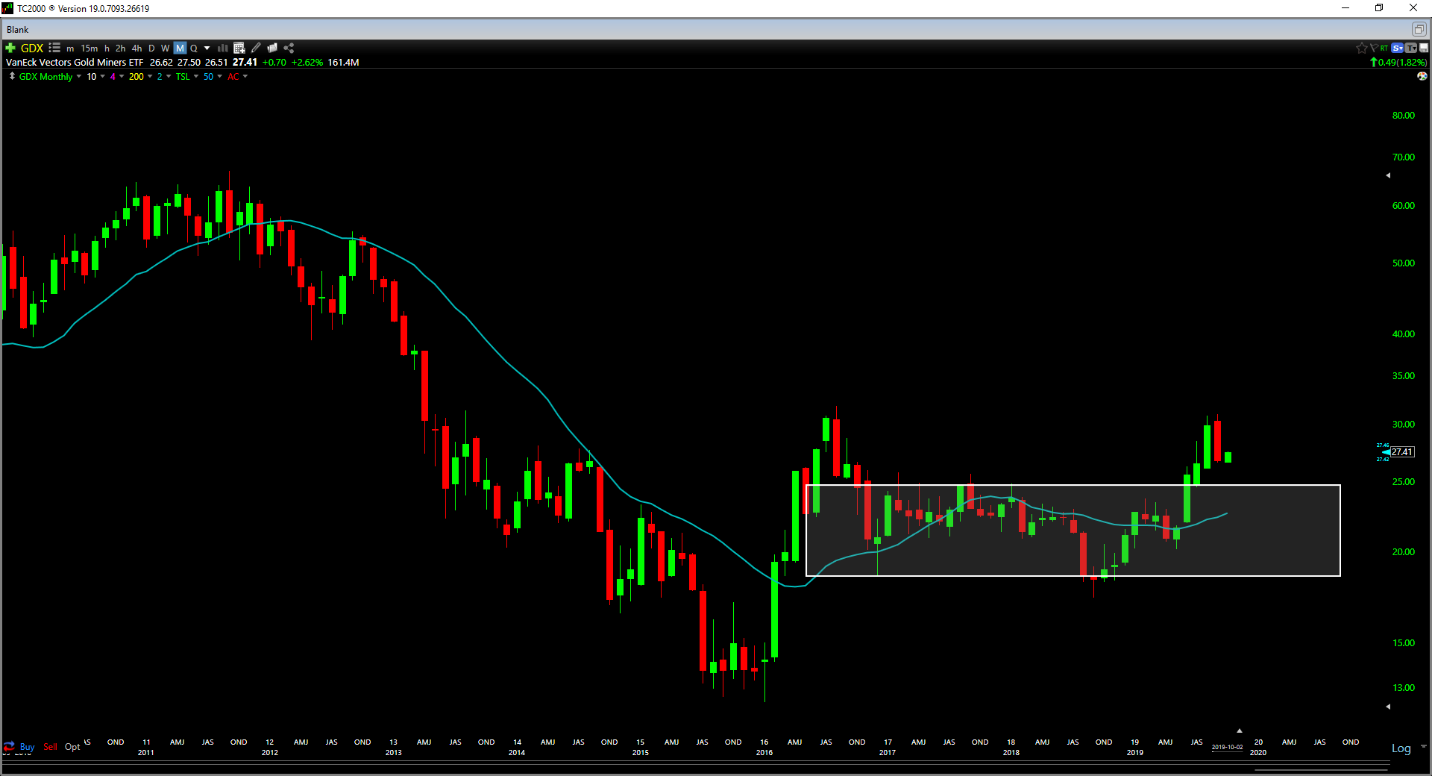 Looking at the monthly chart, the Gold Miners Index remains above its key 20-month moving average, and above its recent breakout. For this reason, there is absolutely nothing wrong with a sharp correction. As long as corrections do not violate the 20-month moving average or invalidate the recent breakout, they are just noise within the bigger context of a potential new bull market.

Moving to a daily chart below, we continue to have short-term resistance at $29.40, but strong support just below at $25.70. For this reason, any drops near the $25.70 level are providing investors with an excellent opportunity to add new positions. I took advantage of the sell-off on Monday to add a couple of miners and would consider adding more if we head near the $25.70 level. While I’m not convinced this correction is completely over from a time standpoint, I believe we have seen the worst of it from a price standpoint. I would expect any further drops to the $25.70 level to be bought up with both hands by funds. 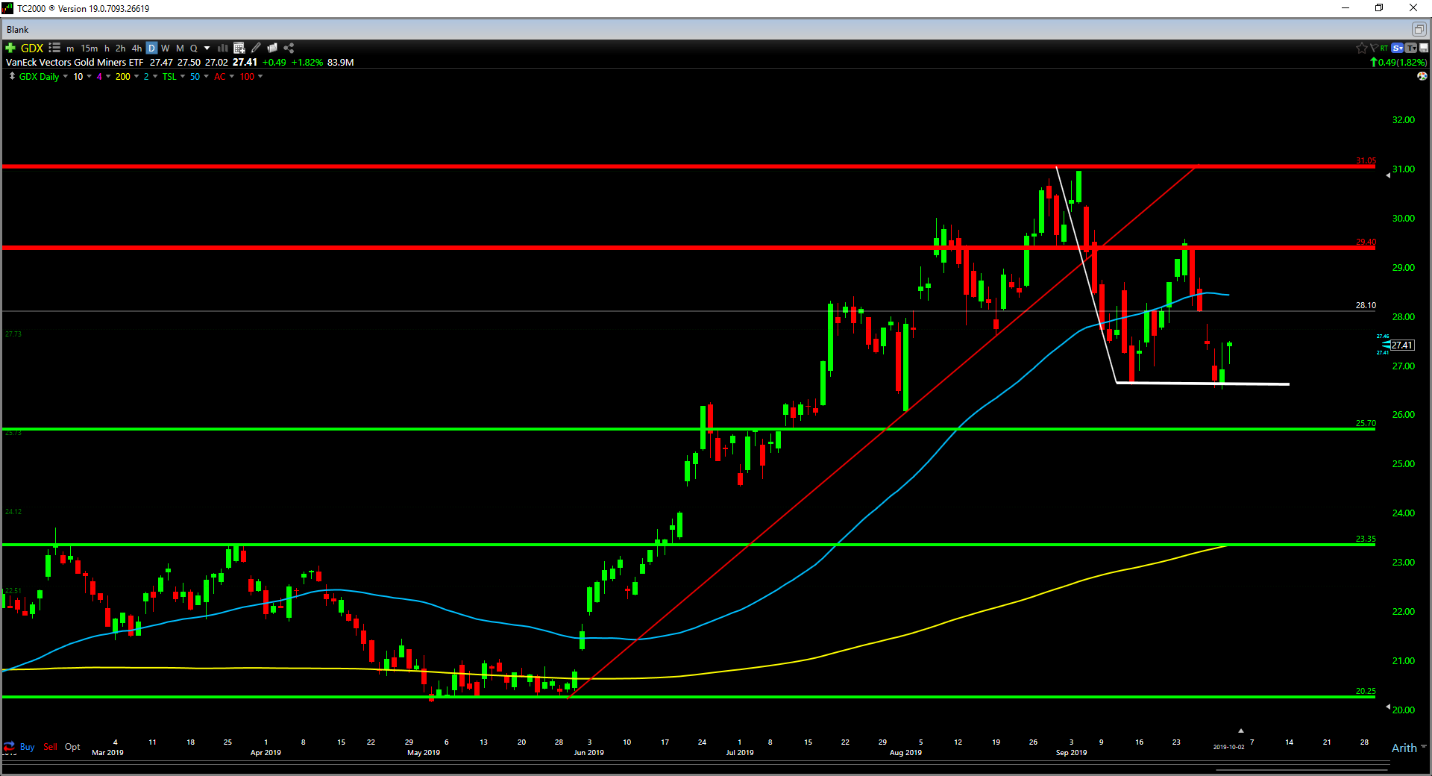 Everyone was giddy at the highs three weeks ago near $30.00 on the Gold Miners Index, and they’re now beginning to get nervous with the market more than 11% off of its highs. This is irrational, as the time to be worried is when everyone has a market figured out and is bragging about their unrealized gains. This correction has not done any real technical damage to the Gold Miners Index, and I would view further weakness as an opportunity to buy. As long as the $25.70 level  is defended on a weekly close, the bulls remain in complete control.