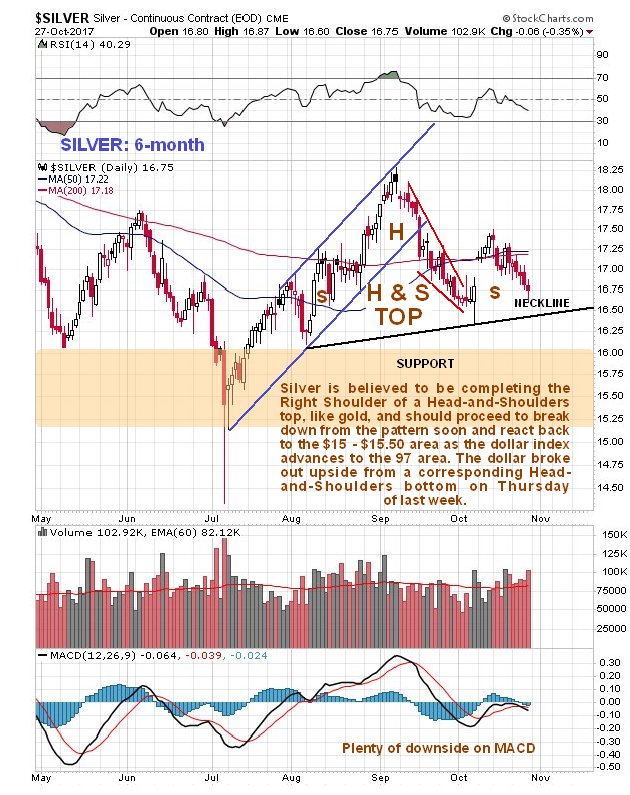 Unlike gold, silver’s COT structure showed further deterioration last week, and readings are now at levels that are construed as bearish. There is plenty of room for improvement, which will come about if the silver reacts back as expected on a continuation of the dollar rally. 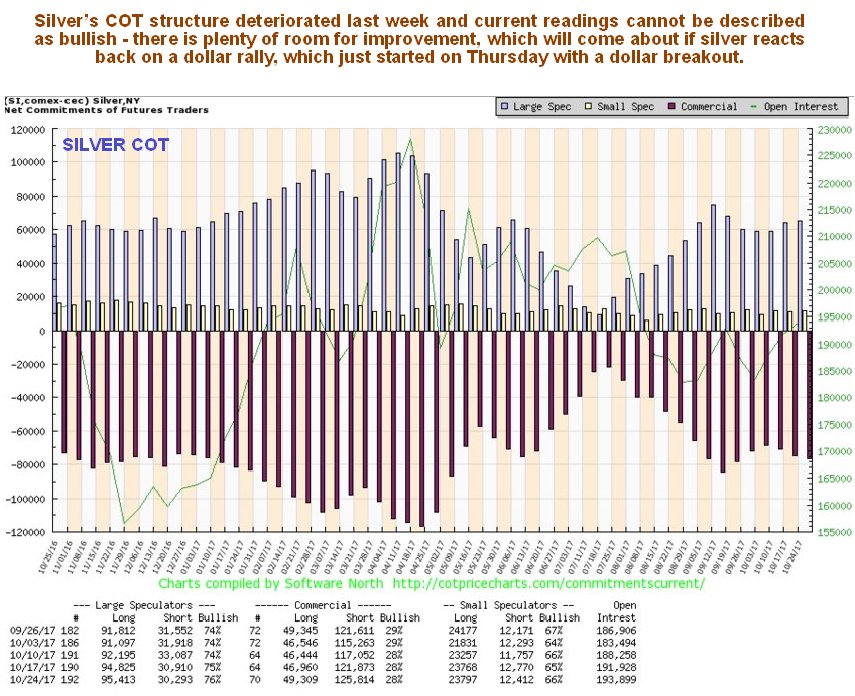 Like gold, silver is marking out a giant Head-and-Shoulders bottom pattern, but in silver’s case it is downsloping as we can see on its 8-year chart below, which reflects the fact that silver tends to underperform gold at the end of sector bear markets and during the early stages of sector bull markets. Prolonged underperformance by silver is therefore a sign of a bottom. This chart really does show how unloved silver is right now, but although the price has drifted slightly lower over the past several years, volume indicators have improved, especially this year, a positive sign. A break above the neckline of the pattern, the black line, will be a positive development, and more so a break above the band of resistance approaching the 2016 highs. Once it gets above this it will have to contend with a quite strong zone of resistance roughly between $26 and $28. Over the short to medium term, however, as discussed above, silver is likely to first react back to the $15-$15.50 area on a dollar rally. 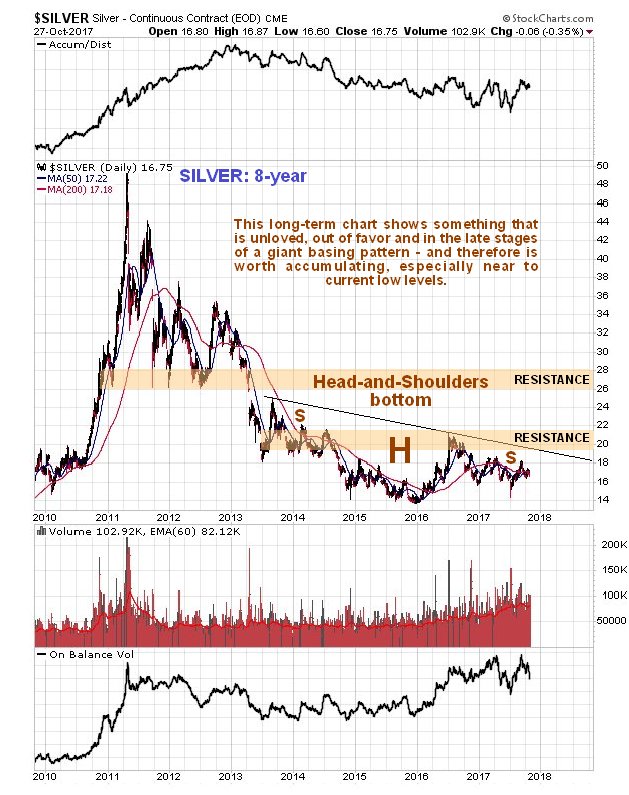 SLV currently has an ETF Daily News SMART Grade of B (Buy), and is ranked #8 of 35 ETFs in the Precious Metals ETFs category.