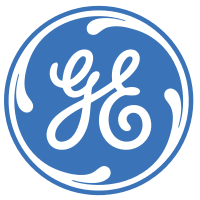 Peltz’s investment is worth noting, to be sure. His GE stake is now the largest holding in his hedge fund, Trian Fund Management. What’s more, Peltz’s reputation is that of an activist. Like Carl Icahn and Bill Ackman, Peltz takes meaningful stakes in underperforming companies and then agitates for change to his liking.

I initially recommended GE shares to our readers last October. Upon hearing of Peltz’s investment, my initial reaction was the mental equivalent of a shoulder shrug – big deal. GE doesn’t really need Peltz’s input; operations have been on the upswing for some time.

When I recommended GE shares, the company was already actively transforming itself. It had just sold its small appliance division to Electrolux for $3.3 billion. A year earlier, it had sold its media division, NBCUniversal, to Comcast (NASDAQ: CMCSA) for $18 billion.

GE Capital continues to shrink to this day. Earlier this week, it announced a deal with Global Jet Capital – an aircraft leasing company – to sell its corporate aircraft financing unit for $2.5 billion. By 2016, GE expects to reap 75% of its earnings from its industrial businesses. This means GE’s primary focus will be aviation, oil and gas, and power generation by the end of the decade.

In short, GE had been transforming itself long before the Peltz stake was revealed.

Today, GE is well positioned to improve its efficiency and operating margins in its industrial segments. The process should be aided by two primary longer-term trends: credit market improvement and improving global demand in longer-cycle infrastructure businesses, such as power generation, energy management and exploration, and jet engines.

So, are we looking at a doubling of GE’s share price?