Faber is the author and publisher of the Gloom, Boom and Doom Report,which highlights unusual investment opportunities, as well as several books on investment. He was managing director of Drexel, Burnham Lambert, and has lived in Hong Kong since 1973.

Faber believes that demand for gold will continue to be high and, if anything will increase. He said, “In Asia it has always been traditional to own gold….It was illegal to own gold in China until about ten years ago. Now the government is actually encouraging people to own gold.” Therefore, he said, demand is “very strong” and, with increasing numbers of wealthy people in Asia, “demand is rising very rapidly.” Furthermore, Faber believes that if the Chinese economy slows down, the government in China will do what governments everywhere else in the world have done, and print money. If that happens, then “gold demand from China would actually increase and not decrease.” 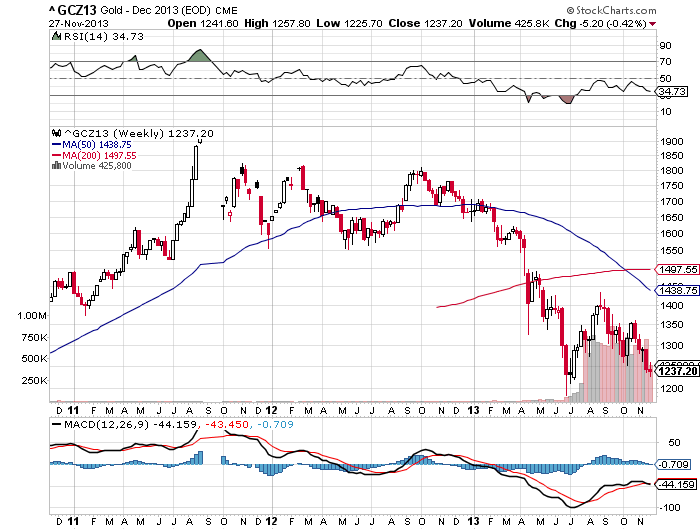 In the long view, Faber discussed that shift in the economic balance of power from the Old World, which is Western Europe, the United States and to some extent Japan to Asia, and especially China.  Much of the recent growth in the world economy has been in Asia. However,

Western Central Banks still own about 21% of all the gold in the world, if they still have it, which is “the big question Eric Sprott has raised on numerous occasions” in interviews with EMA and others. China has about $3 trillion in reserves, but only 2% or 3% of it is in gold. Faber argued that if China follows the pattern of other emerging economies, it will slowly increase its gold holdings, which will further increase demand.

Turning to mining stocks, Faber said, “If you ask anyone, they say to buy low and sell high, but when it comes to actually investing, they buy high and sell low.” He argued that individuals tend to “Buy things that are moving…often near a top.” He said that compared to fine wines, real estate, stocks, bonds, and many commodities, gold and silver are relatively inexpensive, and “gold and mining shares in general are the only sector in the market that is very weak.” This, he suggests, may be a good time to buy such a weak market. 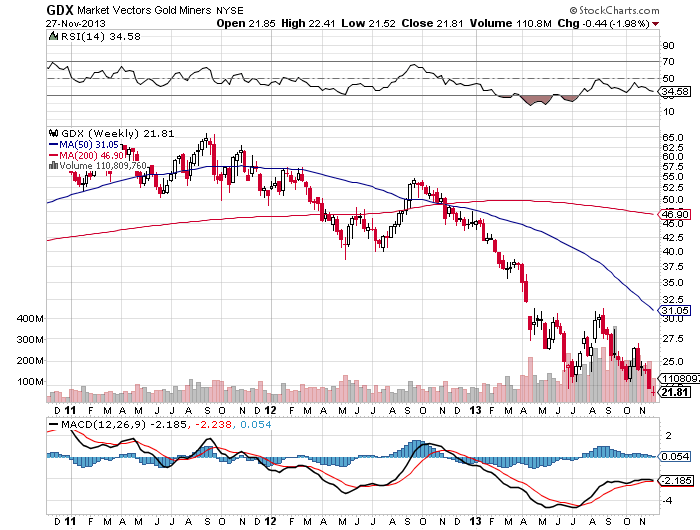 Even with the problems in the United States of a dysfunctional government, Obamacare and a lack of education, Faber said, “I think the dollar will stay as the reserve currency, not because there is anything particularly good about the US dollar,” but because the US is decreasing its energy dependence on foreign sources and other currencies are no better. “In my view,” he said, “well to do people and people who are thinking for themselves, will continue to diversity out of paper money into physical gold.”

In relation to the stock market, Faber said, “I’ve been arguing for almost a year that we might have a 20% correction in the market, but it also possible that we are in a market like in 1986 – 1987 when the market just kept going up and up, and we had a 40% crash within two months. That scenario is increasingly likely in the next 4 to 6 months.” He said, “We are somewhere near the end of a bull market” and warned that it is not a particularly good time to increase an equity position. It is, he said, “probably a good time to reduce them.” 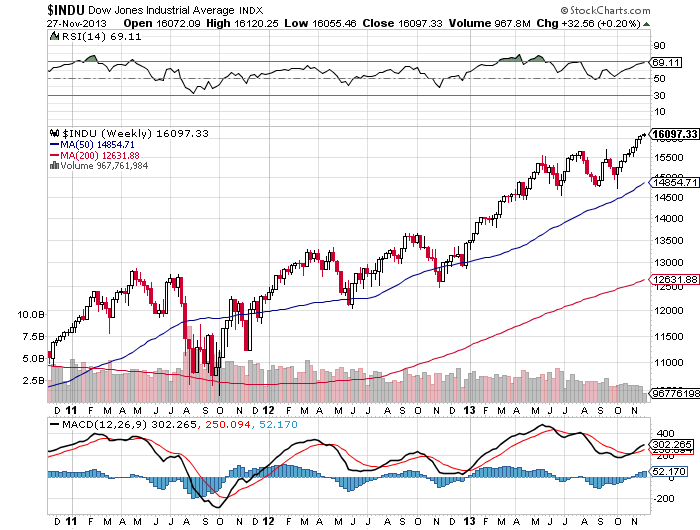 When I asked about his preferences between gold and silver he said, “All the precious metals will basically move in concert. If gold goes up, silver will go up. Will silver go up more? Who knows.” He recommends owning gold and silver, and probably platinum, since the supply/demand situation for platinum is rather favorable. 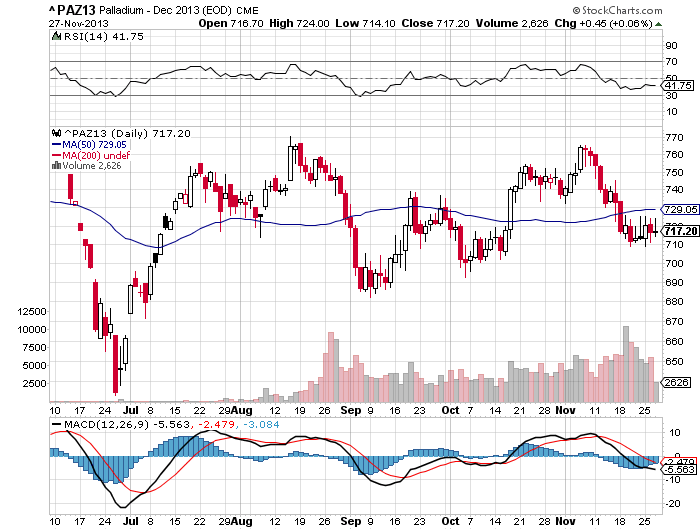 As many experts have said before, he said, “I’ve been arguing for a long time that US monetary policies are a disaster. You cannot purposely create bubbles to grow the economy.  If do, get bubbles….[and the] Damage to the economy is far greater than the earlier benefit.”

He said, “They all say Mr. Bernanke saved the world in 2008-2009, when in fact Mr. Greenspan and Bernanke almost destroyed the world.”

Keeping interest rates artificially low punishes savers, who have saved all their lives for retirement. Money in the bank returns next to nothing, so savers are forced to speculate and, Faber said, “it will end very, very badly.” He does not know when it will end, but the longer it goes on, the farther the economy will fall when it ends.

There is, he said, no end of such policies in sight. In November 2008 when QE was introduced, there was talk of an exit strategy. “You never hear such talk now,” he said. “We are going to go to QE99, because when governments introduce new programs under the excuse of an urgent need to fix something, usually these programs stay in place for a very long time. Maybe they’ll do a cosmetic tapering at some point…but as soon as there is any sign of a crisis, they’ll go to $150 billion a month or more.”

Faber believes that “It is quite likely that interest rates will go up.” He argues that the real cost of living has been increasing on the order of 5% or more per year. Therefore, interest rates are already negative, which is “positive for gold in the long run.” 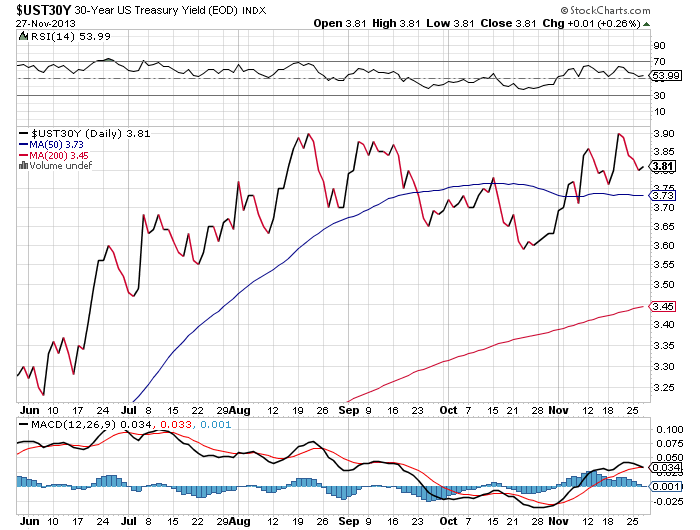 The information in the Market Commentaries was obtained from sources believed to be reliable, but we do not guarantee its accuracy. Neither the information nor any opinion expressed herein  constitutes a solicitation of the purchase or sale of any futures or options contracts.

This article is brought to you courtesy of Patrick MontesDeOca from Equity Management Academy.