Steve Mauzy: Debt is a four-letter word – literally and figuratively.

But when the wind is in your face, debt can leave you cursing like Joe Pesci in “Goodfellas.” If the same leveraged stock depreciates 50%, you’ve lost everything. (The $2,000 investment minus your $1,000 and the $1,000 you still owe the bank.) 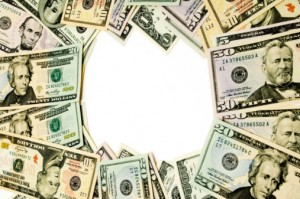 Attempting to amplify your initial capital investment with borrowed money is known as buying on margin. The debt assumed is called margin debt. Of course, you’d like to use leverage in the first scenario. Most investors, though, use leverage in the second scenario.  What’s more, the second scenario occurs after a strong bull-market run, not unlike the run over the past six years.

Not surprisingly, investors have loaded up on margin debt. NYSE margin debt exceeds $500 billion. If we go back to March 2009 – the depths of the stock market correction and the beginning of the current bull market – margin debt was below $200 billion.

Stock prices obviously play a role. The higher the price, the more you can leverage. With the major market indexes triple their 2009 levels, it’s understandable that we see more margin debt used.

Advisor Perspectives offers additional insight on margin debt, though, and additional reason to tread carefully. In bear markets, investors are credit-balance positive. They eschew debt and largely sit on cash.

In 2009, cash balances on the NYSE exceeded $150 billion. In bull markets, investors appear willing to roll the dice until the bubble bursts. In early 2000, right before the Internet bubble burst, NYSE stocks had a negative credit balance of $125 billion. Today, the negative balance exceeds $200 billion. 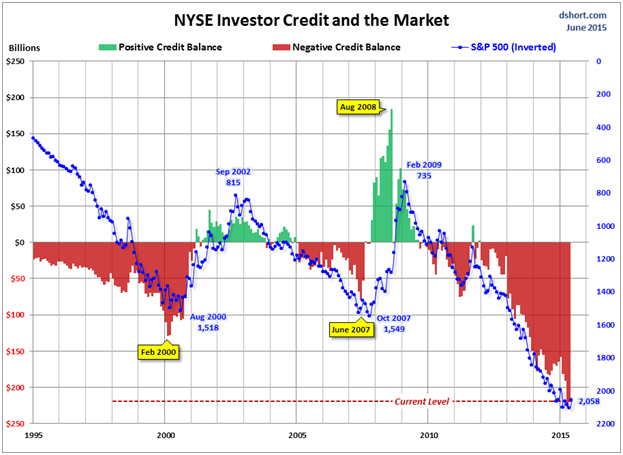 Margin debt isn’t the only leveraged strategy investors used to get themselves in trouble. Leveraged investments tend to proliferate when stocks are on a roll and risk aversion is low. Leveraged ETFs are a prime example.

Over the past three years, sector-specific directional leveraged ETFs have flooded the market. You’ll recognize them by the inclusion of “2X” or “3X” in the name. They handle the leveraging for you, and then allow you to bet on the direction of the market.