Corey Rosenbloom:  While “The End is Near for the S&P 500 Triangle,” we’re also seeing the end of a similar pattern for Crude Oil.

If you like trading breakouts or Triangle Patterns, you may have an opportunity soon to do so in both markets. 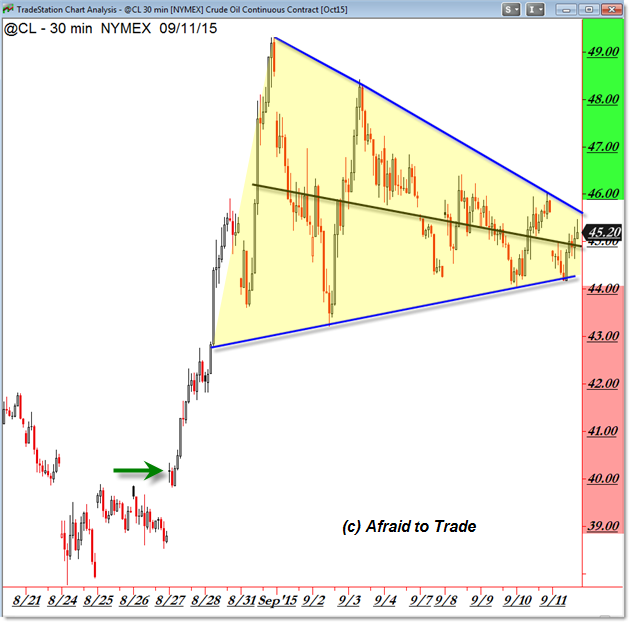 Take a moment to view the prior update on the S&P 500 Triangle and use the same logic for Crude Oil.

The upper falling trendline roughly trades near $45.50 while the lower rising line is now above $44.00.

The Midpoint Value Area is slightly declining and now rests at the $45.00 per barrel level.

A trigger breakout that holds above $46.00 could lead to a series of bullish intraday plays or a single swing trade higher toward the $49.00 and $50.00 per barrel upside targets.

Symmetrical Triangles are direction-neutral plays, and thus a breakdown under $44.00 could open a quick sell-short (liquidation) pathway toward $40.00 or the $39.00 level.

Either way, while the patterns hold price like a magnet now, the future could hold a breakout or impulse swing.