The Hourly View for OSIS

At the time of this writing, OSIS (Get Ratings)’s price is down $0 (0%) from the hour prior. This is a reversal of the price action on the previous hour, in which price moved up. If you’re a trend trader, consider that the strongest clear trend on the hourly chart exists on the 50 hour timeframe. The moving averages on the hourly timeframe suggest a choppiness in price, as the 20, 50, 100 and 200 are all in a mixed alignment — meaning the trend across timeframes is inconsistent, indicating a potential opportunity for rangebound traders.

Currently, OSIS’s price is down $-0.4 (-0.41%) from the day prior. This move is a reversal from the day prior, which saw price move up. As for the trend on the daily timeframe, we see the clearest trend on the 100 day timeframe. Regarding moving averages, it should first be noted that price has crossed the 100 day moving average, resulting in them with price now being below it. The moving averages on the daily timeframe suggest a bullishness in price, as the 20, 50, 100 and 200 are all in a bullish alignment — meaning the shorter durations are above the longer duration averages, implying a sound upward trend. Osi Systems Inc’s price action over the past 90 days can be seen via the chart below. 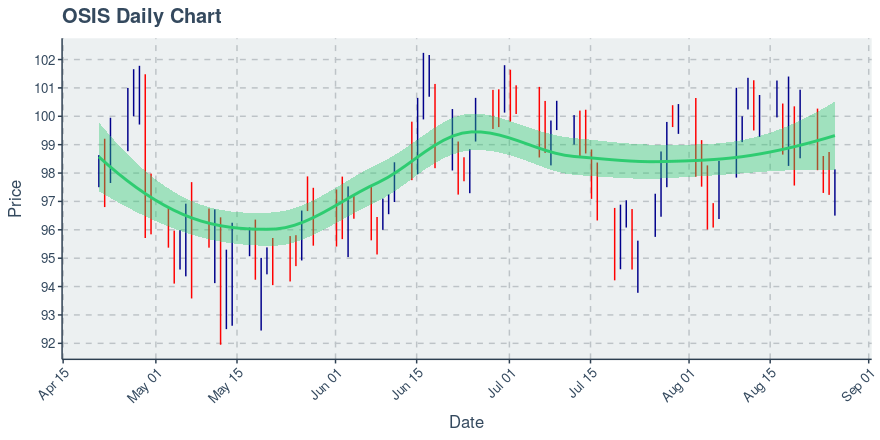 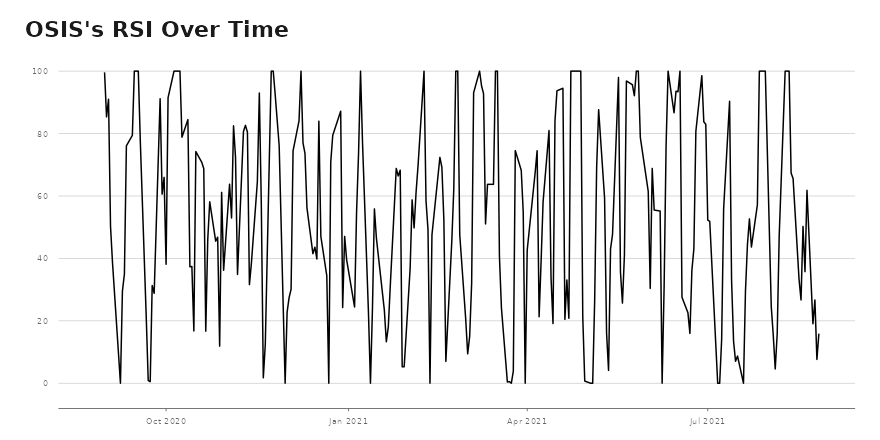 News traders keeping an eye on OSIS may find value in this recent story:

HAWTHORNE, Calif., August 25, 2021–OSI Systems, Inc. (NASDAQ: OSIS) today announced that its Optoelectronics and Manufacturing division has received an order for approximately $12 million to provide electronic sub-assemblies for an IT security technology provider.