We’ll start with the current intraday structure chart to set the stage: 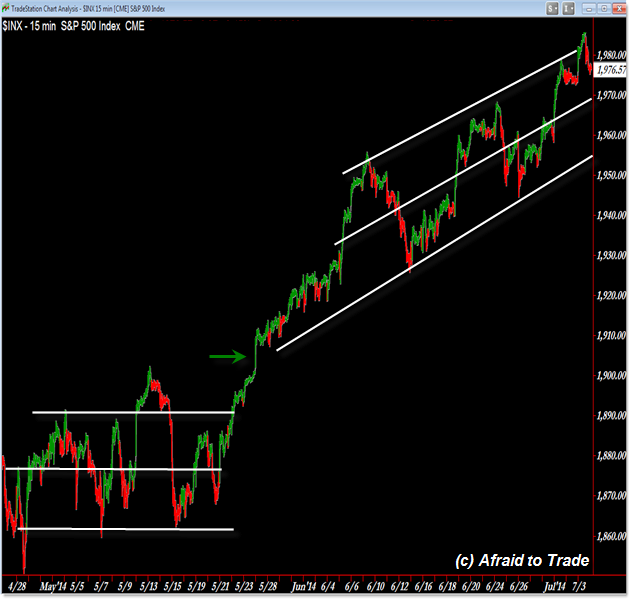 The color structure chart shows a sideways rectangle (early May) which is a consolidation pattern and then the recent breakout above the 1,900 level that fueled the breakout and uptrending channel that took place through June (and now into July).

The main idea is that price tends to trade within trendline boundaries and we see a rising parallel trendline channel building the ’structure’ for the current market.

Let’s zoom down to a closer perspective to plan our two price pathways to trade the next price swing: 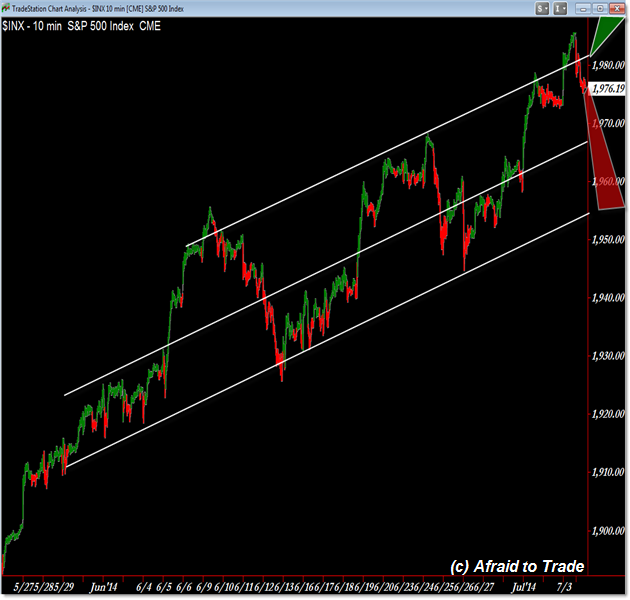 If the structure continues, then we’ll simply expect price to swing down away from the 1,980 level at least toward the 1,970 Midpoint and then likely down to the lower rising trendline target which will soon intersect 1,960.

Of course, we can’t just plan for a logical outcome as traders; we must be prepared for alternate or unexpected events.

In this case, a breakout above the 1,985 level sets in motion another short-squeeze impulse that could instantly propel the market toward then above the 2,000 level.

When planning your next series of trades – and the next likely swing of the market – put it in context of the logical retracement (to continue the current structure) or the unexpected breakout and short-squeeze impulse straight toward 2,000 (breakout of the structure).