GoldCore: At the start of the New Year, there are increasing signs that the recovery seen in property prices in many cities in western countries — namely New York and other U.S. cities, and Dublin, London and other UK cities — is beginning to peter out.

Many cities have seen speculative frenzies return in recent months which led to price surges which would appear to be unsustainable – especially given the uncertain and poor geopolitical and economic backdrop.

This has been the case in the UK and Ireland, the U.S. and indeed in Canada, Australia, New Zealand and a few other markets.

The question at the start of 2015, is whether we are likely to see continued price gains or falls. There are all the hallmarks of an echo bubble akin to the one that burst so painfully in the noughties.

In the UK, the respected Centre for Economic and Business Research (CEBR) has predicted a decline in British property prices this year. Prices rose 8.8%, on average, in 2014 with prices in London ballooning another whopping 20%. 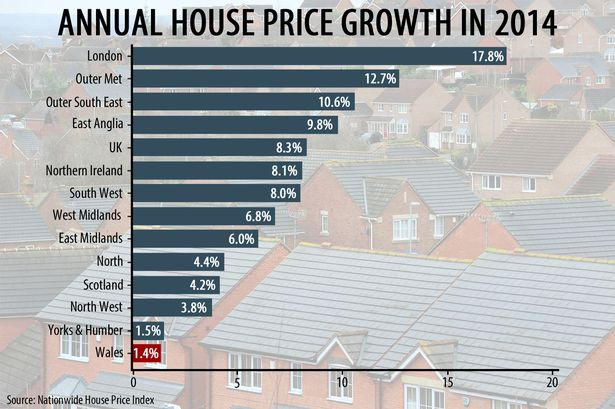 The CEBR, one of Britain’s leading forecasters, expects overall declines of around 0.6% with the London property bubble to burst and prices likely to fall around 8%.

With this forecast they are breaking ranks with banks, estate agents and the UK Treasury’s “independent” forecasting unit, the Office For Budget Responsibility (OBR). The OBR is touting another rise of 7.4% this year.

We would regard the CEBR’s outlook as the more credible. As covered here previously, London prices are unlikely to be sustained into the near future as Russian, Chinese and Arab money is no longer gushing into the London property market. Also, average homes in average areas are now beyond the reach of working husbands and wives on average and even good incomes.

Overall, new rules over mortgage lending and a glut of sellers have stalled the rise of London and UK house prices.

Other evidence also points to price falls. Zoopla, the respected property website has said one third of all UK properties on sale today have seen their asking price lowered at least once since coming on to the market.

Another longer-term factor which should begin to weigh in on the side of declining prices is potential rises in interest rates globally.

In the UK, the current, unsustainable low level of near 0 percent is likely to come under pressure soon. Bank of England governor, Mark Carney, indicated early last year that he expected rates to rise to 3 percent within three years.