Toby Connor: The Recent Market action has me wondering if the next leg down in the cyclical bear market has begun. I always expected that we would see a very convincing rally out of the October yearly cycle low. I thought it even possible that we would test the 200 day moving average. Most bear markets do rally out of the initial leg down and test the 200 day moving average. 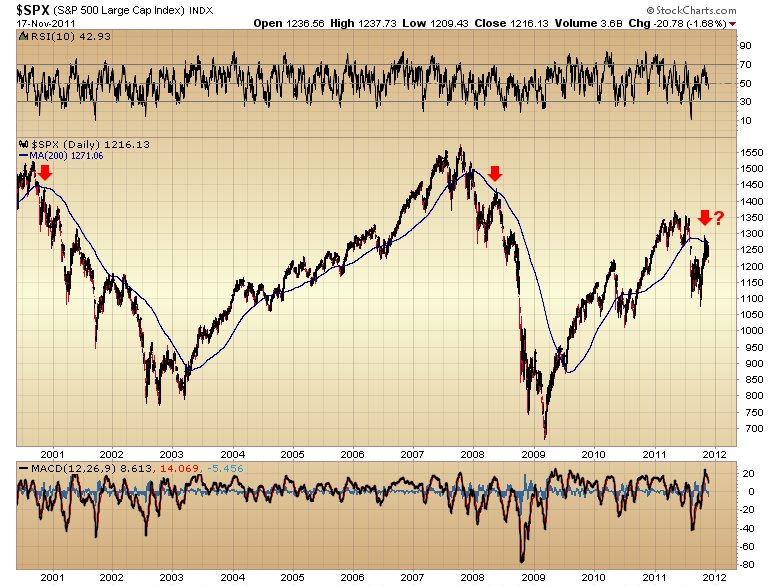 Recently the S&P made two attempts  to close and hold above the 200 day moving average. They both failed.  That was a pretty loudly warning bell ringing. 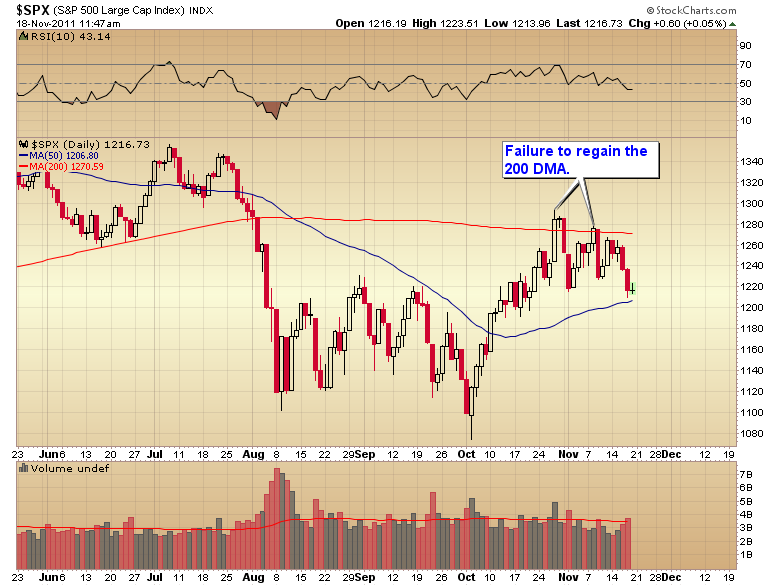 As a matter fact every index, except  the utilities, is now trading below its declining 200 day moving  average, and that includes all the major European and Asian markets.

At the moment the major concern is  that the market is now moving into the timing band for a major daily  cycle low (due in the next 5 to 10 days). The current daily cycle is  left translated (topped in less than 20 days). That is relevant because  most of the time left translated cycles move below their prior cycle  bottom. The last cycle low occurred in October at 1075. Now I’m not  suggesting that the stock market is going to crash below 1075 in the  next 5 to 7 days. However the S&P has broken below the 1220 support  zone. When support was broken in July it led to a seven-day 17% crash. 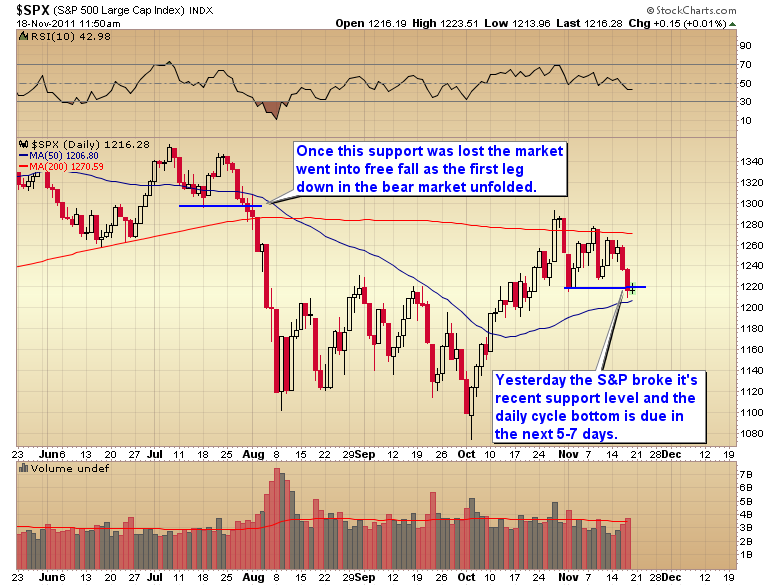 I don’t know if breaking of support  this time will lead to another climax selling event or not. I do know  that the market is now in the timing band for some serious selling. I  know that this is beginning to look like a counter trend rally in a bear market that is in the process of topping. And if that’s true then we are in the period of time when the next leg down should begin.

Confirming this is the fact that the  dollar index has rallied back above the 200 day moving average and completed an intermediate cycle bottom. The dollar index is currently on only the third week of this new intermediate cycle. Those cycles tend  to run about 20 weeks, so there is potentially many more weeks of upside  left before the dollar moves down into another significant correction,  which presumably would drive the next bear market rally in stocks.

The safest position at this time is to be in cash, and that’s exactly what I did with the model portfolio yesterday morning.