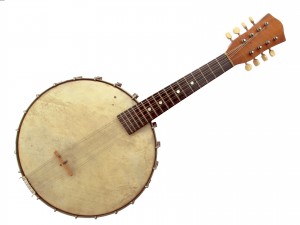 Along the way, Facebook made early investors fabulously wealthy. One venture capital firm – Accel Partners – invested $12.2 million with Mark Zuckerberg in 2005. The Facebook IPO made the VC firm’s 10% stake worth an incredible $10 billion.

Even investors who bought Facebook stock immediately after the IPO have fared well. Since the 2012 IPO, the stock is up 117%. That puts shares well ahead of the 75% gains for the Nasdaq Composite.

Facebook still has lots of growth on the horizon. This year the company is expected to grow sales by 37%. That’s a pretty good clip for a company that did $12 billion in sales last year.

Everyone is on Facebook. My parents – and their friends – clog my news feed. In the U.S., people over the age of 50 are the fastest growing group on Facebook. That growth of an older demographic has encouraged younger people to find alternatives.

Facebook may be the king of social networking. But one social media startup has recently been attracting lots of attention … even before its launch.

The company is called Banjo. And I’m willing to bet you’ve never heard of it.

Most social media networks were created to “follow” your friends and family. But unlike sites like Facebook, Banjo is an “event detection engine.” Put simply, the software uncovers big events and shares those with its users.

How does it do this? Banjo starts by setting up a grid of 35 billion squares. These squares cover the entire globe, each the size of a football field. This allows the software to look at social events based on hyper-local locations.

The company collects data, images and status updates from more than 12 social media sites, including Instagram and Twitter. Every minute of every day, the software logs what’s happening in every location around the world. By doing so, Banjo is able to understand the “normal” status in each location.

But when news happens, chatter on social networks spikes. Banjo is able to constantly screen through social data to determine exactly when these events are happening.

For example, you could use the service to see what’s happening at the Boston Red Sox game right now. Or you could turn back the clock and view all images and updates from within a quarter mile of your home last Saturday.

Banjo is still in stealth mode, and isn’t available yet. But the company is already attracting tons of attention. It’s raised a total of $26.4 million in venture capital financing, and is valued at $100 million. Another big financing round is expected later this year.

The company makes money by selling access to niche services for industries such as media. According to a recent Inc. Magazine article, Banjo expects to generate around $20 million of revenues this year.

You’ll want to keep on eye on Banjo in 2015. Expect to hear a lot more news about the company as they exit “stealth mode.” This company could become the next big social media network. Another plausible scenario is that the company will be gobbled up by Facebook, Google (NASDAQ: GOOGL) or Twitter (NASDAQ: TWTR).