Twitter shares surprised investors and traders with a strong gap lower in late July, only to power-rally higher in August.

This locks in a Bear Trap outcome and reminds us of the risks and opportunities of active trading.

Here’s the Trap and what to expect from here: 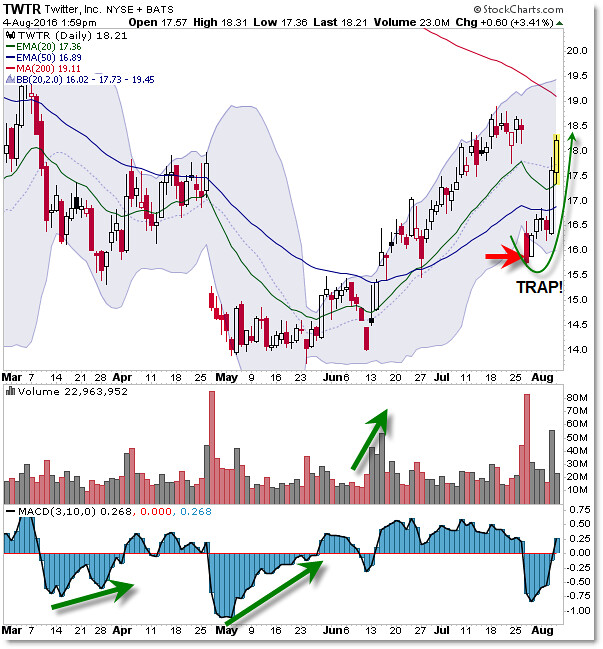 When buyers overcome sellers, a rally develops and if the rally continues and enters the pocket of stop-losses, it can generate rapid price movement as both buyers AND sellers are buying shares at the same time (for different reasons).

The last two bars in Twitter lock in the Bear Trap and short-squeezed reversal.

Focus on $19.00 per share which is the prior high and the rapidly approaching 200 day SMA pivot. 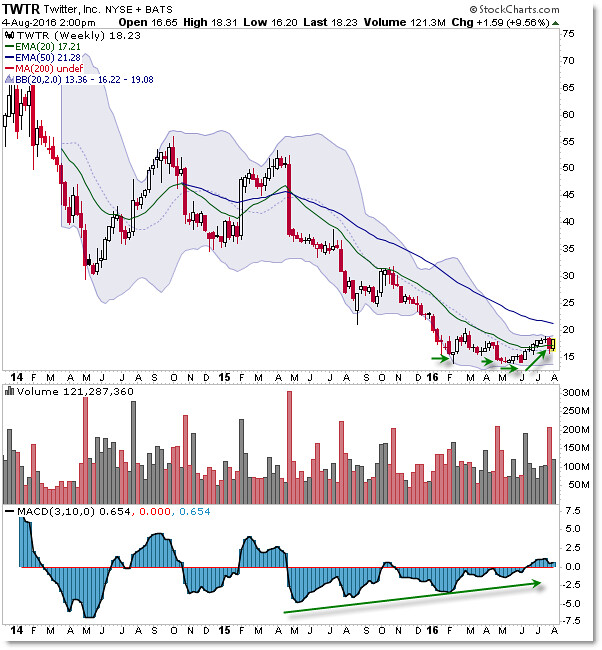 A lengthy positive divergence (stretching back to 2015) undercuts the lengthy and powerful downtrend.

Right now we’re just focusing on the Daily Bear Trap but note that the bigger picture has shares in a downtrend within a possible reversal pattern.

If ever shares break and hold above the 50 week EMA ($21.28), it could be a catalyst for further bullish action.